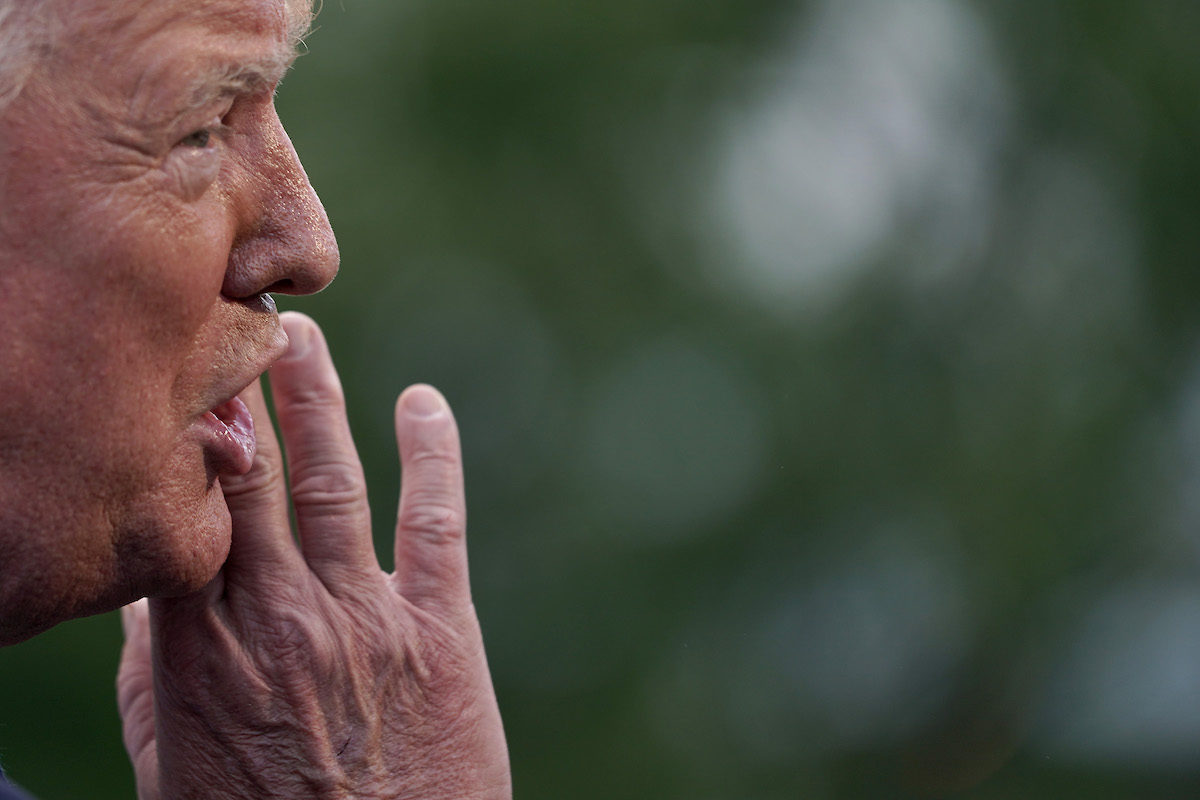 The question of Donald Trump’s tweets about how progressive Congresswomen should “go back” to the countries they “originally” came from and whether they’re racist or not has been a big topic of conversation over the last week. On one side, you have Donald Trump declaring he doesn’t “have a Racist bone in [his] body!” and on the other, you have people with common sense and empathy. In the middle, you have a whole lot of GOP lawmakers refusing to say anything at all.

But no one has handled this conversation as poorly as CNN. In a segment featuring responses to Trump’s tweets, the network included the thoughts of professional white supremacist Richard Spencer.

Now, on the surface, it may not look like Spencer is defending Trump. His message—the one CNN is giving him a giant platform to try to sell us–takes the form of condemnation, saying white nationalists don’t love Trump because Trump isn’t racist enough. He calls Trump’s dog-whistling/shouting a “con game.”

“He gives us nothing outside of racist tweets,” he said. “And by racist tweets, I mean tweets that are meaningless and cheap and express the kind of sentiments you might hear from your drunk uncle while he’s watching Hannity.”

So according to Spencer, Trump is all talk. That, of course, does acknowledge that his talk (and tweets) is racist. But apparently his policies–like family separation, attempting to include a citizenship question in the census for the purposes of intimidation and gerrymandering, placing a ban on Muslims entering the country, and everything else he’s done or attempted to do isn’t hateful enough.

Again, that doesn’t look like support if you take his words at face value. But Spencer is the president of Neo-Nazi thinktank National Policy Institute, and he’s known for his role in the Charlottesville white supremacist rally that left counter-protestor Heather Heyer murdered, as well as his general belief in a “peaceful ethnic cleansing.” By distancing himself from Trump, it positions Trump as a more moderate figure. Being disavowed by a famous white nationalist is the best thing that could happen to Trump and Spencer has to know that.

By having Spencer on to make these comments, it presents Trump as a more widely acceptable sort of garden variety racist, but it also normalizes far-right white nationalism simply by giving it a space on CNN.

This is by far the worst guest CNN has had on to talk about these issues, but he’s not the only terrible choice. Earlier this week, rather than talk to, say, an immigration activist or advocate, or the Congresswomen themselves or someone from their staffs, or literally anyone who is personally affected by and has firsthand experience with racism, the network featured an interview with a group of white Republican women, giving their thoughts on why Trump’s words aren’t racist.

Those women were identified simply as part of Trump’s “base” and as “eight Republican women from Dallas.” The network failed to mention that they’re all actually pro-Trump activists, and that CNN has brought them in before to offer similar defenses of Trump news stories.

CNN had a panel of women on defending Trump from accusations of racism. Looked them up and they’re a political coalition that also made media appearances in 2016 to defend him after The Access Hollywood tape. https://t.co/PnBI47rDdf

Important point by @ErikWemple: of course CNN didn’t properly ID these pro-Trump activists; if they had done so, the whole premise of the segment would collapse. https://t.co/1VR2fjNZmv pic.twitter.com/oETlhZEHn6

This is so totally unethical and it’s actual “fake news,” though Trump would never call it out as such (despite that being his favorite thing to do) because it’s people complimenting and supporting him. If CNN is resorting to giving airtime to white supremacists and secret rightwing activists disguised as regular folks, maybe that’s a sign that both sides of an issue aren’t worth presenting.