Claire McCaskill on Alexandria Ocasio-Cortez: “I’m a Little Confused Why She’s the Thing” 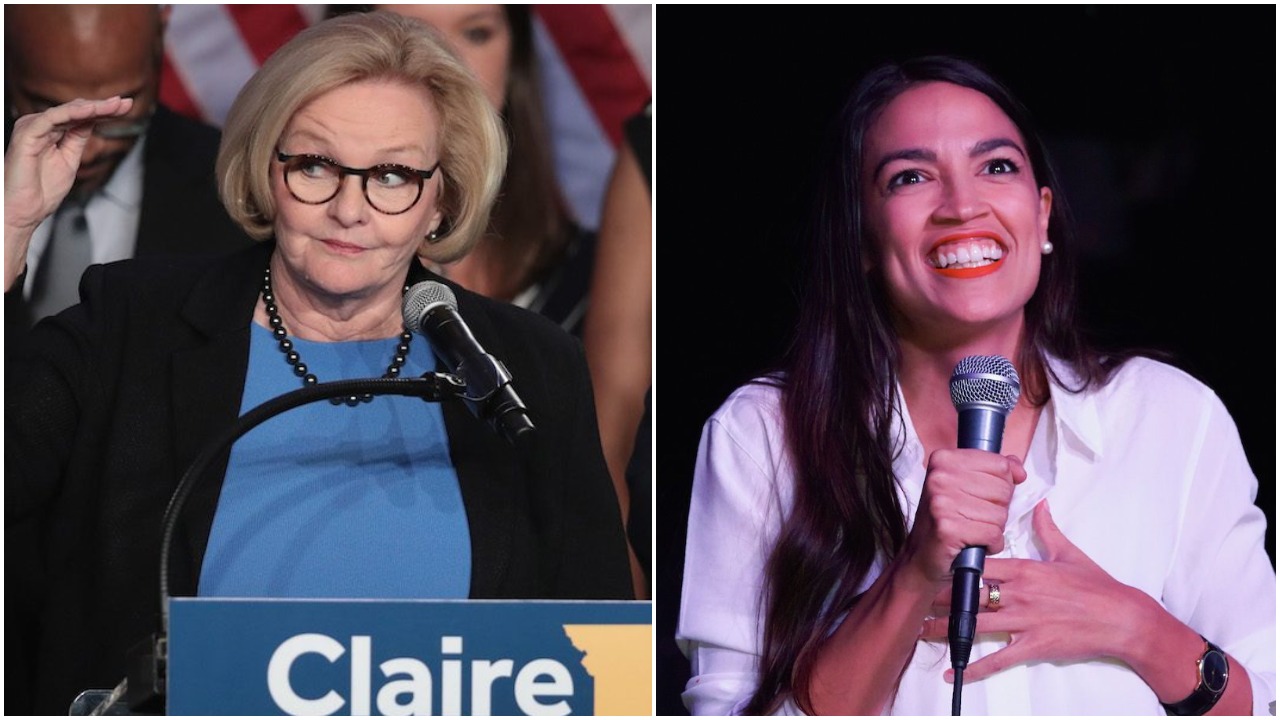 Missouri’s Claire McCaskill lost her race for reelection to the Senate last month, and she’s made her last visit to the Senate floor, but she’s still not done torching any goodwill her more progressive supporters once had for her.

In an exit interview with CNN, McCaskill was asked if Alexandria Ocasio-Cortez was one of the “crazy Democrats” she railed against in a pre-election Fox News interview meant to grab some last-minute conservative votes. McCaskill answered “I don’t know her,” but went on to criticize her and her supporters anyway.

“I’m a little confused why she’s the thing,” McCaskill said. “But it’s a good example of what I’m talking about, a bright shiny new object, came out of nowhere and surprised people when she beat a very experienced congressman.”

“And so she’s now talked about a lot,” she went on. “I’m not sure what she’s done yet to generate that kind of enthusiasm, but I wish her well. I hope she hangs the moon.”

Okay, that’s a kind of weird, but overall fine quote. But then she keeps talking.

“But I hope she also realizes that the parts of the country that are rejecting the Democratic Party, like a whole lot of white working class voters, need to hear about how their work is going to be respected, and the dignity of their jobs, and how we can really stick to issues that we can actually accomplish something on,” she continued.

“The rhetoric is cheap,” she concluded. “Getting results is a lot harder.”

Ocasio-Cortez, who is not a shiny object but a human woman, generated so much enthusiasm in large part because she didn’t focus exclusively on white working-class voters. She didn’t ignore them, of course, but she reached out to other demographics in her community who have long been overlooked by those running for or sitting in office.

McCaskill is playing into the narrative that representation is a zero-sum game, that by listening to the concerns of other demographics, Ocasio-Cortez must be “rejecting the Democratic Party.” That’s ludicrous. The only thing increased inclusivity is a rejection of is racism, and last time I checked, that’s not a tenet of the Party.

This is white feminism in a quote https://t.co/0ns9QwlMYz

Jezebel’s Ashley Reese puts it perfectly when she breaks down the newly elected lawmaker’s platform–the one McCaskill openly admits she’s not familiar with.

Ocasio-Cortez’s leftist politics are routinely painted as pie-in-the-sky policy proposals, but her actual platform consists of several run-of-the-mill ambitions: Increasing the federal minimum wage to $15 an hour, the endorsement of a Federal Job Guarantee, tuition-free trade schools, and access to healthcare and sick leave. This doesn’t appeal to everyone, but it’s far from ignorant of the needs of the working class. A recent Reuters poll found that slightly over 70 percent of Americans supported single-payer healthcare and the proposal is particularly popular among Democrats. In fact, Ocasio-Cortez’s platform appealed to the working class New Yorkers in Queens and the Bronx that Ocasio-Cortez was elected to represent.

I’ve shared my history of supporting Claire McCaskill here before, but if she really can’t see that embracing a variety of viewpoints in order to best represent all her constituents is the opposite of abandoning Democrats, then it’s no surprise at all that that Claire herself no longer has a place in that party.