Chuck E.Cheese Getting in On the Oculus Rift Game, Premiering Virtual Blaster Experience

"Oh, you want to virtually go. That's fine then." - Dads of America 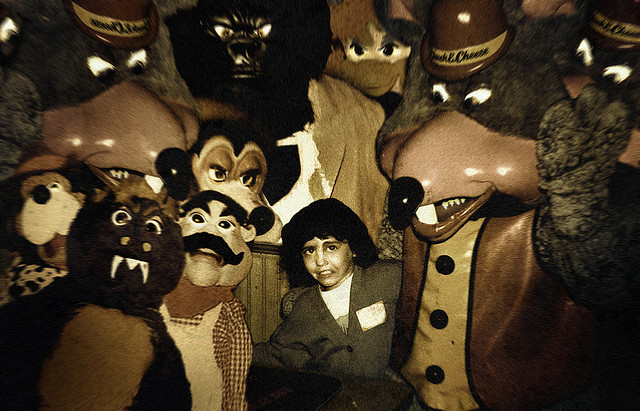 In addition to ball pits, pizza parties  and millions of parents regretting their decision to procreate, visitors to Chuck E. Cheese will now have access to an eerie virtual reality populated only by the poor man’s Mickey Mouse.

The party zone’s first foray into the Oculus Rift has been given the awkward title of Chuck E. Cheese’s Virtual Ticket Blaster Experience. Watch it in action:

Judging from the clip, the game doesn’t seem as ridiculous as the phrase “Chuck E. Cheese Oculus Rift” might sound–the titular rat is only 3/5ths as abrasive as I expected, and the tube that houses the game eliminates my fear of Blaster players smacking into each other. I’m not sure why tickets need to rain down upon the gamer in both virtual reality and real life, but since just the idea of stepping into a Chuck E. Cheese makes me want to go to bed for a week I’m probably just not in touch with what kids are into these days.

The headset uses 360–degree head-tracking technology and features a 3D view so users feel as though they are inside the Ticket Blaster with Chuck E. During the experience, the headset will register the number of tickets collected, which will be fully redeemable at the merchandise counter.

If you want to experience the company’s take on the latest in gaming and are also about to have your seventh birthday, plan ahead! Blaster is currently just in a testing period and is only available in six markets. You’ll be able to find the headset soon at select Dallas, Orlando, and San Diego locations, as well as my personal Hell.

(via Uproxx, image via LOST SOUL)