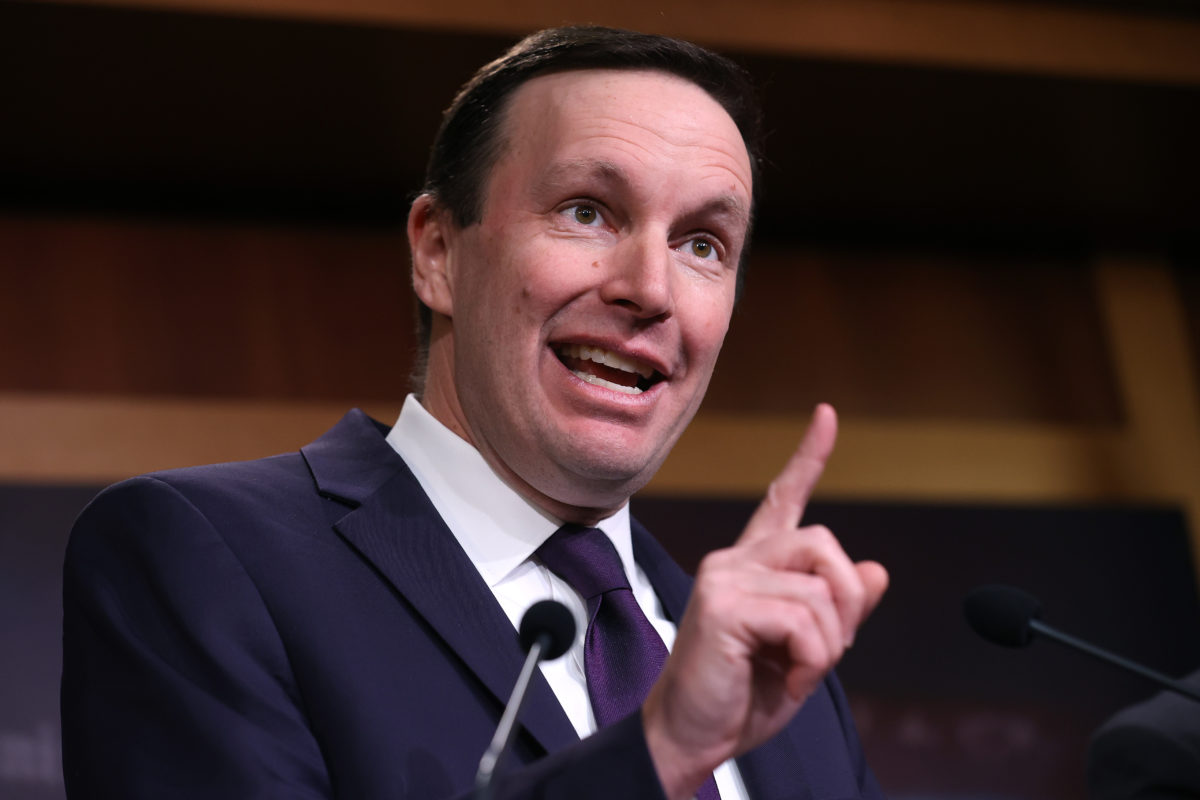 Republicans were back in performative outrage mode on Tuesday, calling for Senator Chirs Murphy of Connecticut (and others) to be charged under the 225-year-old Logan act for supposedly engaging in unauthorized negotiations with a foreign government having a dispute with the United States.

Let that sink in. The conservatives think it’s bad for Americans to meet with hostile foreign powers … but have no problem with Vladamir Putin ordering the President around and interfering in our democracy. Or their own senators meeting with Foreign leaders. It’s almost as if they only care about laws when it suits them. How strange!

Here’s what went down and started this nonsense. On Monday, conservative mouthpiece The Federalist broke the story that Muphy met “had a secret meeting with Iranian Foreign Minister Mohammad Javad Zarif during the Munich Security Conference last week.” Well, not quite.

Murphy met with the minister, but it wasn’t a secret and he explained it clearly on Twitter (as much as things can be explained in a fetid echo chamber of misinformation and hate).

1/ Attached is my usual account of my latest trip abroad, this one to Ukraine and Munich.

I met w the Iranian Foriegn Minister in Munich. It’s dangerous not to talk to adversaries, esp amidst a cycle of escalation.

Quick thread on what I told Zarif.https://t.co/2oYjiXfZ7J

3/ Congress is a co-equal branch to the executive. We set foreign policy too. Many of us have met w Zarif over the years, under Obama and Trump. So though no one in Congress can negotiate with Zarif or carry official U.S. government messages, there is value in having a dialogue.

4/ I wish President Trump would see that value too. Because our current policy of blind, non-strategic escalation is just making Iran more powerful and menacing, and making America weaker and less secure.

It is a common practice for members of Congress to meet with foreign leaders. Conservative darling and noted dairy-enthusiast Devin Nunes met with the foreign minister of Turkey and also possibly Ukranian officials, and yet there was no freak out then. As Muphy states, it is part of the job to meet with these leaders and meetings do not amount to negotiations.

But of course, a Democrat did a thing so Republicans are pulling up a centuries-old law and waving it around on Twitter because “Logan act” has gone viral thanks to a few conservative talking heads. Believe me, before this news broke most of the fools tweeting and talking about the Logan act (including the commander in Cheeto) wouldn’t have been able to tell you what it was and now they’re going on about it … without actually understanding it.

This section shall not abridge the right of a citizen to apply himself, or his agent, to any foreign government, or the agents thereof, for redress of any injury which he may have sustained from such government or any of its agents or subjects.

Members of Congress have authority, therefore the Logan act—under which two people have ever been prosecuted in the nineteenth century —does not apply here because it’s about private citizens. It’s meant to keep people like Jeff Bezos from making peace deals. The only person who honestly may have violated it recently is Dennis Rodman getting into talks with North Korea. And again, Muphy wasn’t negotiating.

But the real point here is the hypocrisy. Not only does this law not apply, but Trump and his supporters knowingly and flagrantly have been breaking laws and defying the Constitution for years. Trump just pardoned several corrupt politicians because he doesn’t care about the law. And just because the Senate was too cowardly to convict him doesn’t mean he didn’t do it—it just means we now live in a nation of fools and charlatans and not a nation of laws.

So Conservatives wrapping their idiocy and hate in a two-hundred-year-old law they don’t understand can shut the hell up until you decide that the law applies to everyone and not just politicians who you don’t like and want to hold your criminal in chief accountable.