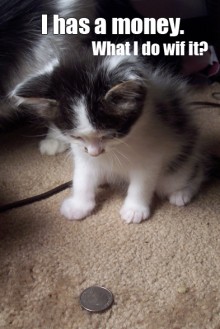 Andrew Baron, operator of Rocketboom, confirmed on his blog that the popular internet culture encyclopedia Know Your Meme has been purchased by Ben Huh’s Cheezburger Network for a “a super seven figure deal.” The announcement on Baron’s blog comes shortly after the news was broken by Tubefilter earlier this afternoon.

The Cheezburger network, which includes such web staples as Fail Blog, Memebase, and The Daily What, recently raised over $30 million with plans for a large-scale expansion of the network’s staff and the sites they operate. The acquisition of KYM is Huh’s first public move since. In an interview with TechCrunch regarding his future plans after raising the $30 million, Huh said, “We’ve only reached the tip of the iceberg in terms of what we can do.”

Though specifics about the future of KYM are scant, Baron offered some details in his announcement. He says that the full staff of KYM, which consists of two full-time and two part-time writers, is moving over to work for Cheezburger Network post-acquisition. At least for now, KYM’s mission will not change: Baron writes that he is “pleased to report that future plans for Know Your Meme will actually focus on maintaining and strengthening the journalistic integrity.”

The sale also allowed Baron to give both the Rocketboom and KYM staff “thousands to tens of thousands of dollars as bonuses.”

When asked to comment on Know Your Meme’s future, a Cheezburger Networks representative told Geekosystem:

KYM will maintain it’s current system for the foreseeable future but will definitely be integrated into the Cheezburger family of sites. […] Since Cheezburger is the playground of choice for millions of Internet culture fans, this acquisition is a natural compliment for our community. Now, in addition to delivering 5 minutes of happiness through I Can Has Cheezburger?, FAIL Blog, Memebase, and The Daily What, we can help the public understand the origins of memes and how content goes viral on the Web.

All this comes just days after news that the popular Internet culture site and meme digest Urlesque would probably be shuttered as an independent site and folded into the Huffington Post’s Comedy section.