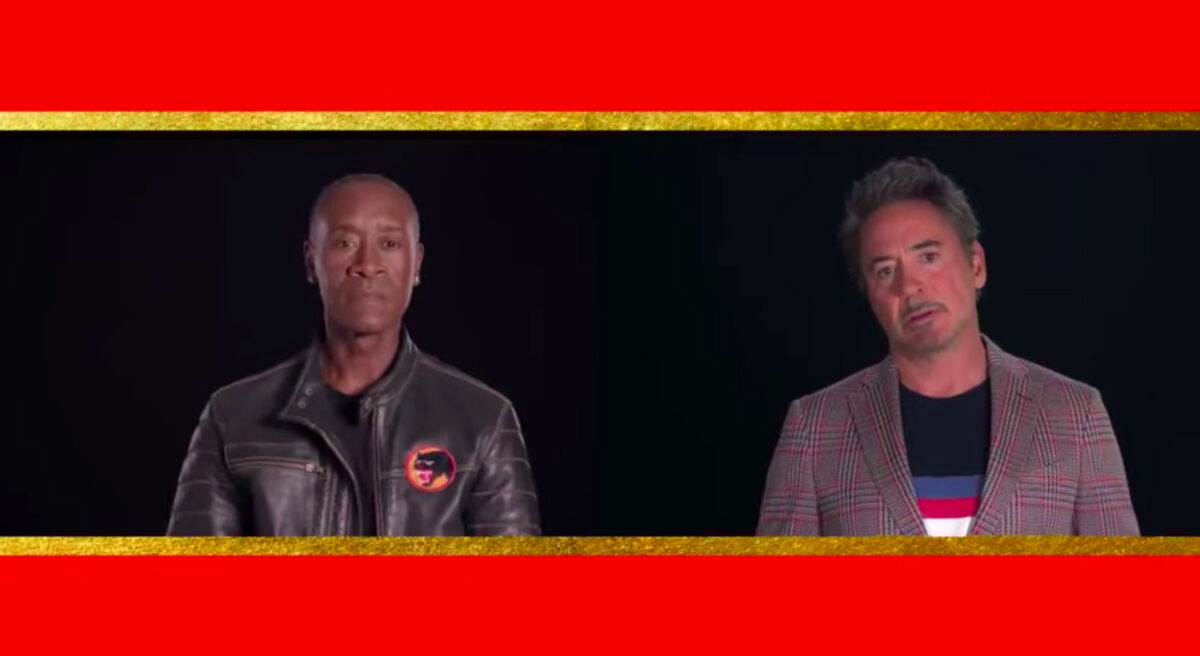 Chadwick Boseman was a larger than life figure in the world of comic book heroes. He took on the role of T’Challa/Black Panther with an ease that is (and will always be) unmatched. The loss of Boseman to colon cancer earlier this year was a shock to fans across the world, and our love for the actor and the stories he brought to life has continued on in these last few months.

To honor Boseman for the hero that he was and continues to be, MTV has given him the Greatest of All Time award at this year’s MTV Movie Awards. Featuring Robert Downey Jr. and Don Cheadle talking about Boseman and his involvement in the Marvel Cinematic Universe, it was a beautiful ode to an incredible actor.

.@RobertDowneyJr and @DonCheadle paid tribute to the late Chadwick Boseman ahead of his Hero for the Ages honor at the #MTVAwards: Greatest of All Time. ❤️ pic.twitter.com/EmE5FcPXUM

I think this is a beautiful tribute because both Cheadle and Downey point out that it wasn’t just T’Challa that made Boseman larger than life. He brought real-life heroes to the screen and showed us the stories of strong men like Jackie Robinson and Thurgood Marshall.

“Each time he stepped on the set, he inspired and influenced everyone there, and with every role, he created a new legion of fans,” Cheadle says, and it is honestly the truth. Before I saw him as T’Challa, I watched as he brought one of my favorite baseball players of all time to life. 42 was a beautiful look into the performing prowess of Chadwick Boseman and his ability to completely embody a character and make you entranced by the story before you.

“The Avengers have all been given an opportunity to portray characters that are meaningful and hopefully memorable. Mr. Boseman truly embodied what it meant to be a superhero. His impact as a ground-breaking leading man, he’s an icon on screen, it won’t be quantified by the box office records he broke but by the legions of fans who will celebrate him for many years to come.” Robert Downey Jr. is right. Yes, Black Panther changed the game but it wasn’t because fans wanted to give their money to just the MCU. It was because T’Challa was a hero that was needed and Boseman completely embodied what that meant as a performer and as a person.

Boseman’s best work is still to come (in my opinion), and I do think he’s on his way to win an Oscar in Ma Rainey’s Black Bottom and he should have gotten nominations for James Brown, Jackie Robinson, and maybe he’ll end up with two nominations this year for Stormin’ Norman in Da 5 Bloods as well.

There is always going to be a longing that fans of the MCU have because we didn’t have the time with Boseman as T’Challa that we wanted. But what he did give us was beautiful and an incredible look at the character and he will be remembered as the Greatest of All Time.