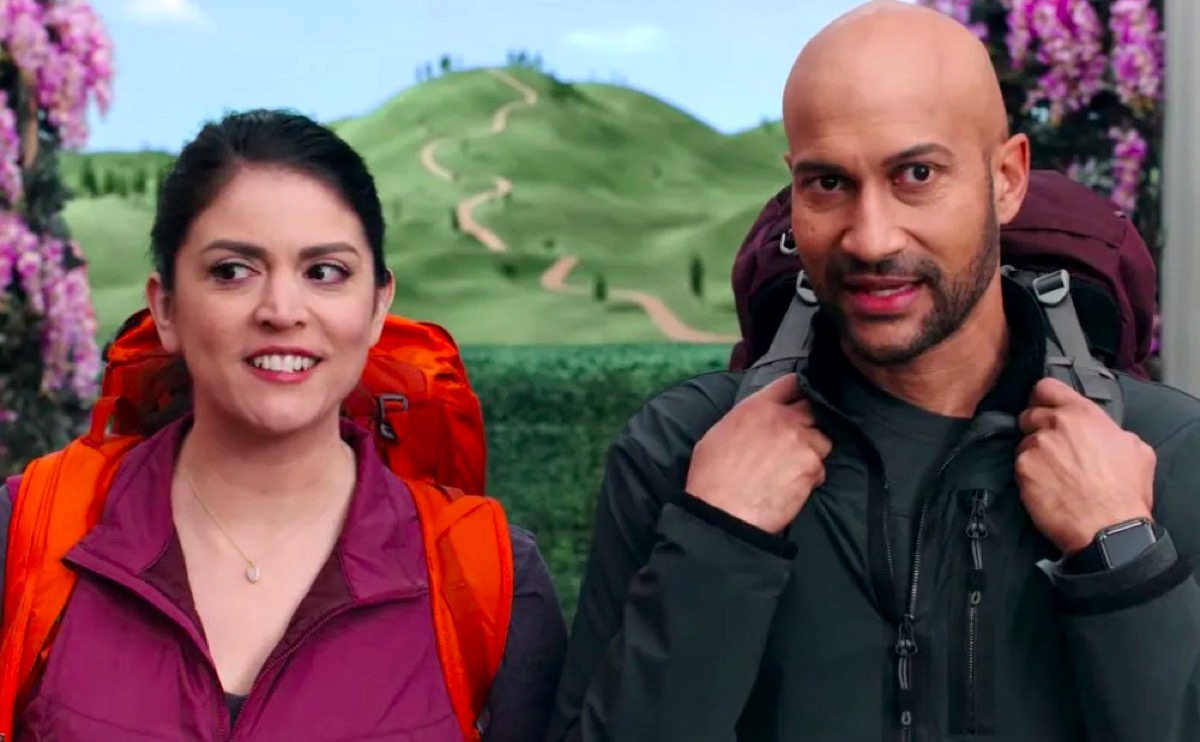 Among my friends, I am known for my hatred of classic musical theatre. While that’s not a rare quality to find, it is when you’re someone who majored in Performance Theatre and loves musicals in general. My hatred does not come from the style of those shows but more that they all have issues in them that are not okay by modern standards, and when we put on productions of things like The Music Man or Kiss Me Kate in 2021, most are too afraid to change anything about them. It’s why I loved the Oklahoma! revival so much, because they didn’t change a word and yet the entire intention of the show shifted. Now, fast forward to the release of Schmigadoon! and all my dreams are coming true.

The show, which follows Mel (Cecily Strong) and Josh (Keegan-Michael Key) as they get stuck in the musical town of Schmigadoon, released its third episode today, and with it came Cecily Strong paying homage to The Sound of Music in the best way possible. When a young girl named Nancy (who isn’t married) comes into Dr. Lopez’s office, he tells her he won’t help her because she’s having a child out of wedlock. Mel goes to check on her, only to learn that the young woman is in love with a sailor named Freddy, and her mother doesn’t approve of the marriage because of how sailors swear.

But the song in question comes in after she asks Mel where babies come out. Mel tells Nancy that the baby comes out of her vagina, and Freddy says that even he doesn’t use “language” like that. Again, this is a classic musical-style show. “Let’s see if I can make it easier for you,” Mel says, and just imagine it’s Cecily Strong doing Julie Andrews’ “Let’s start at the very beginning, a very good place to start” from The Sound of Music, because that’s what this song essentially is. It’s just Cecily Strong explaining how conception and childbirth works in classic musical fashion, and I’m obsessed with it.

Schmigadoon! could have easily been a show that was just cheesy musical numbers with no real commentary on the world they came from, but that’s not the case! With each episode, Mel calls something out about these shows she “loves” and points out the flaws in them, and I love the show for that. And that’s just Mel! Josh is also pointing out the town’s racism and sexism, and even though he’s going through his less than great emotional journey right now, trying to find his one true love who will get him out of Schmigadoon, he’s still a good man who is helping Emma Tate (Ariana DeBose) fix her schoolhouse. (I would also love more of Ariana DeBose, please and thank you.)

If you’re not watching Schmigadoon!, I highly suggest doing so! It’s wonderfully hilarious, musically brilliant, and is the kind of show that Cecily Strong shines in, and I can’t wait to see where the show takes us.