Cardi B Reminds Us Women Can Be Sexual Beings AND Parents, What a Concept

Facets: we have more than one. 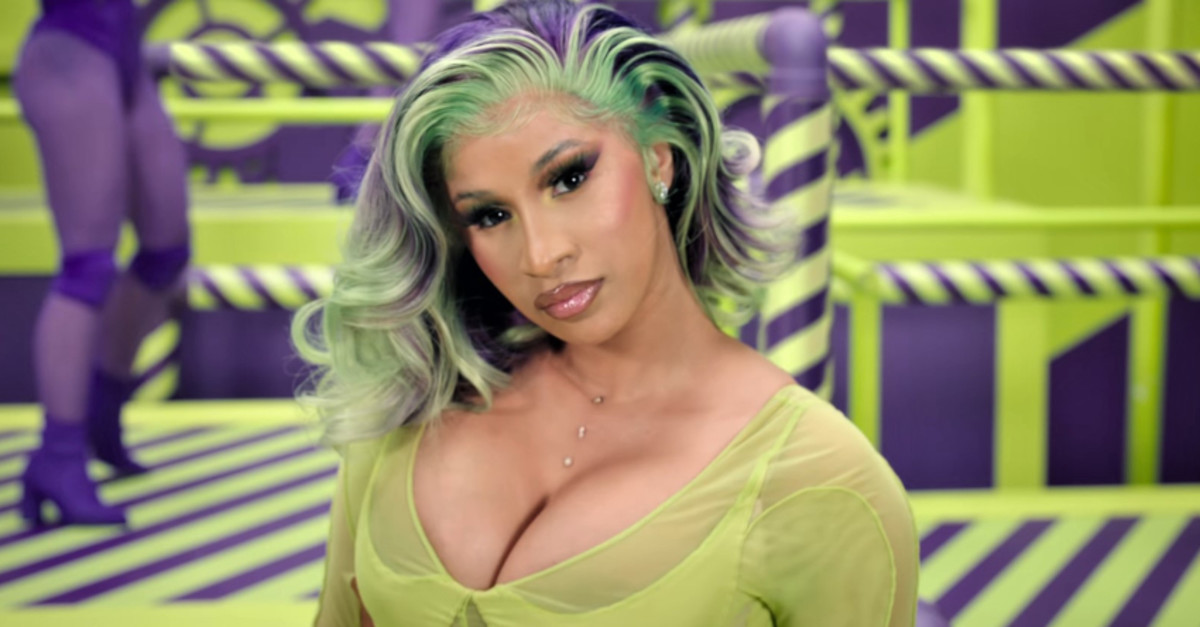 It’s been 6 months since Cardi B and Megan Thee Stallion’s “WAP” debuted, but the conversation around the raunchy song continues. The music video, which currently has over 320 million views on YouTube, received an outpouring of love from fans while also inspiring sexist and racist takes from the likes of man boys like Ben Shapiro. The sexual politics of “WAP” are undoubtedly complex and will likely dominate the discourse for years to come.

But here’s something that shouldn’t be controversial: women can be sexual beings AND mothers. Womanhood is complex and multifaceted, yet so much ire comes from frustrated folks trying unsuccessfully to squeeze us into singular identities. Cardi B called this out in a series of tweets inspired by her most recent Instagram live session. The video sees Cardi rapping along to “WAP” but quickly stopping when her 2-year-old daughter Kulture toddles into the room.

It’s a classic mom move, but haters decided to come for Cardi because … she’s a successful rapper and a mother? Twitter user @Mo_Fierce went after Cardi, calling her out for having an “agenda.” An agenda of what, exactly? Good parenting and songs that slap?

So ya daughter cant listen to it but everybody else’s daughter can ? @iamcardib AW OKAY ! Exactly what I been saying you have an agenda to push with that trash ass label your with. DISGUSTING https://t.co/OZja54dICx

Cardi B was quick to respond, with a helpful reminder that she creates content for adults and is not responsible for whatever content your children consume, tweeting “Ya needs to stop with this already ! I’m not jojosiwa ! I don’t make music for kids I make music for adults.Parents are responsible on what their children listen too or see.I I’m a very sexual person but not around my child just like every other parent should be.”

Ya needs to stop with this already ! I’m not jojosiwa ! I don’t make music for kids I make music for adults.Parents are responsible on what their children listen too or see.I I’m a very sexual person but not around my child just like every other parent should be. https://t.co/LRH3APdp9A

There’s moms who are strippers.Pop pussy ,twerk all night for entertainment does that mean they do it around their kids ? No! Stop makin this a debate.Its pretty much common sense. https://t.co/JqZaUKbjNo

Ah yes, because moms cannot be sexual, despite the fact that we live in a post-MILF world. Attacks like these are never directed at men and rarely directed at white women. It’s a particularly heinous brand of mom-shaming, rooted in misogynoir and puritanical thinking. It is dehumanizing, racist, and deeply sexist.

Honestly, good for Cardi for calling out this kind of nonsense, and for reminding us that sex workers and people who work in sexualized industries are parents too, and deserving of respect and compassion. If you don’t want your child listening to “WAP,” maybe take a break from Twitter and parent your own kid. Like Cardi says, it’s “pretty much common sense.”

There’s a strange trend where I constantly see women of color being blamed for the actions of little girls as if they are their parents and I’m sick of it. At the end of the day Cardi is not ur child’s parent, she has no reason to “soften” her sexual music https://t.co/tFisjN4jiQ