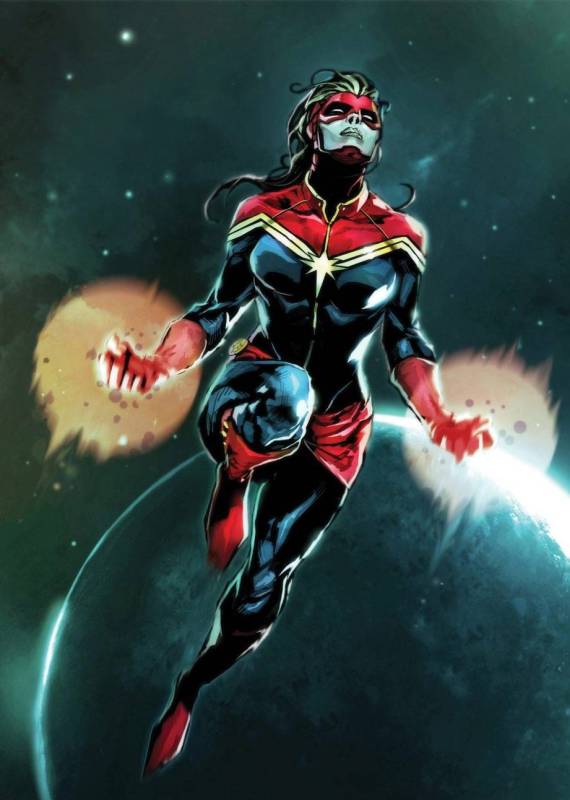 The Russo Brothers were at the Smithsonian Institute in D.C. for a promotional screening of Captain America: Civil War. During the screening, they name-dropped Captain Marvel, possibly confirming her appearance in Avengers: Infinity War. Given that the Captain Marvel movie isn’t scheduled to drop until 2019 and Infinity War comes out 2018, this is kind of a big deal, as it’d be our first peek at Captain Marvel before her big movie premiere. What’s especially funny about this “reveal” at the Smithsonian was the fact that it seemed to be accidental, after a fan responded to the name drop by asking, “Did you just confirm Captain Marvel?” to which the Russos said, “Um, Captain Barvel.”

Take this bit of news with a fair grain of salt just in case. But if this is true, and if we will get to see Captain Marvel sooner than we’d hope, then color me excited for Infinity War. Not that I wasn’t already, but if I’m being completely honest, I’m feeling a bit of superhero movie burnout settling in. As a big fan of Carol Danvers, it’ll be refreshing to see Captain Marvel on the big screen, I think. I also want to say I’m holding out hope for a post-credits scene (made popular by a tweet that I can’t find right now) featuring a young Pakistani-American girl putting a poster of Captain Marvel above her bed, which would totally set up a Ms. Marvel movie please can we make that happen?

You can keep up with the reaction to Captain Marvel’s semi-reveal as well as the Smithsonian Institute interview on the Twitter hashtag #MarvelAtSI (which I took to mean “Marvel At Sports Illustrated” at first).