Marvel’s What If…?’s Captain Carter Is a Perfect New Look at Peggy 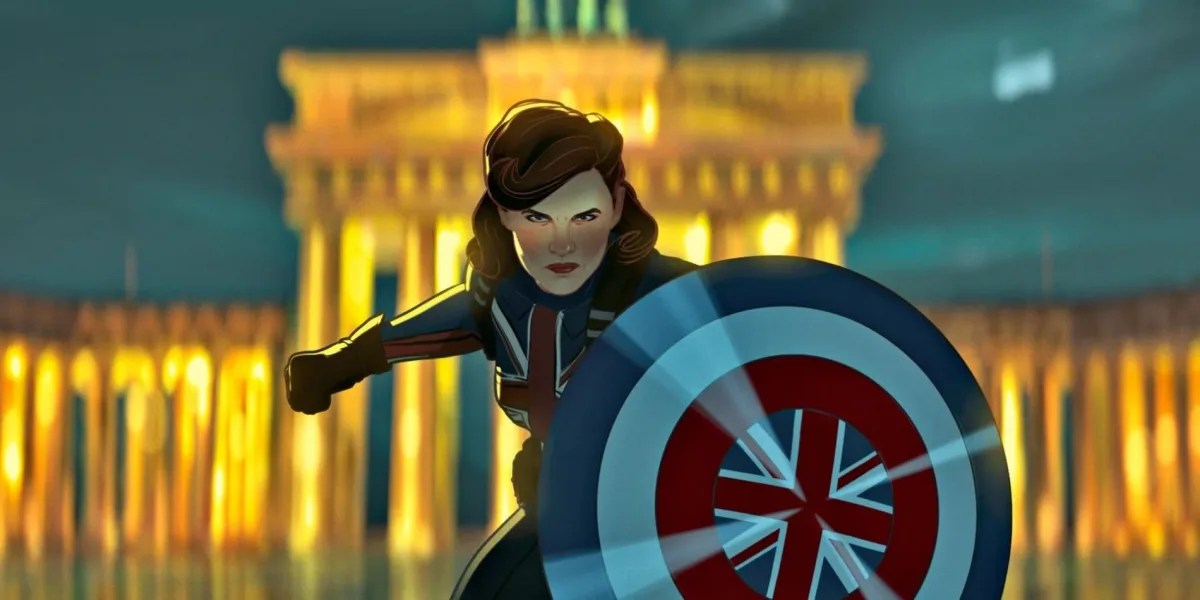 Margaret “Peggy” Carter has been on quite a journey throughout the Marvel Cinematic Universe. From watching Steve Rogers crash a plane to climbing up the ranks of the S.S.R. and meeting Daniel Sousa on Agent Carter, she’s been in the MCU for a while, but seeing her as Captain Carter is a whole new deal and one that left me crying after the premiere of Marvel’s What If…?

What we know of Captain America: The First Avenger is that Steve Rogers gets the super-soldier serum, becomes Captain America, and fights in World War II until he has to crash a plane and freezes himself in ice for decades. But Marvel’s What If…? asks “What if Peggy Carter became the First Avenger instead of Steve Rogers?” And it’s a beautiful look at the strength of Peggy Carter and the power she had even before the serum.

Peggy changed the game during World War II and with the S.S.R. by making it clear that she wasn’t going to stand down. Mix that with the super-soldier serum making her larger than life? She’s unstoppable, meaning that the men who continued to write her off had to finally listen to her.

In the episode, the difference between The First Avenger and Peggy getting the serum is that she decides to stay in the room when Steve gets the serum, so she sees the plan to steal it and stops it before it can happen, but this also results in Steve Rogers getting shot (though he survives). That means that Peggy is the only one who can do it and gets the serum before anyone can fight her on it, making Captain Carter.

Prior to this, Peggy had to fight time and time again to prove herself, and after the war, she still wasn’t taken seriously by the men of the S.S.R., even when she was right. Seeing her take her own shield and take on Hydra on her own, with Howard Stark and Steve Rogers at her side, is incredibly emotional, and not just because it is a “woman taking on the world,” but because we knew just how hard Peggy fought time and time again to prove herself. Getting to see her shine and have the physical power that we always knew she had is a lot.

Much like how Steve and Bucky viewed her in The First Avenger, they are open to Peggy knowing more than them, but in What If…? she’s the leader and stronger than everyone, and it’s accepted and celebrated—and it’s what Peggy Carter deserves.

I hope this means that we will get to see Captain Carter in the flesh, or at least Hayley Atwell back as Peggy in some way that isn’t just to throw her together with Steve to wrap up his storyline. I hope we get to see her shine and everyone can see the power that Margaret “Peggy” Carter has.