Review: Call of the Wild Is an Earnest, Sweeping Adventure (That Proves Dogs and Harrison Ford are Just Really Great) 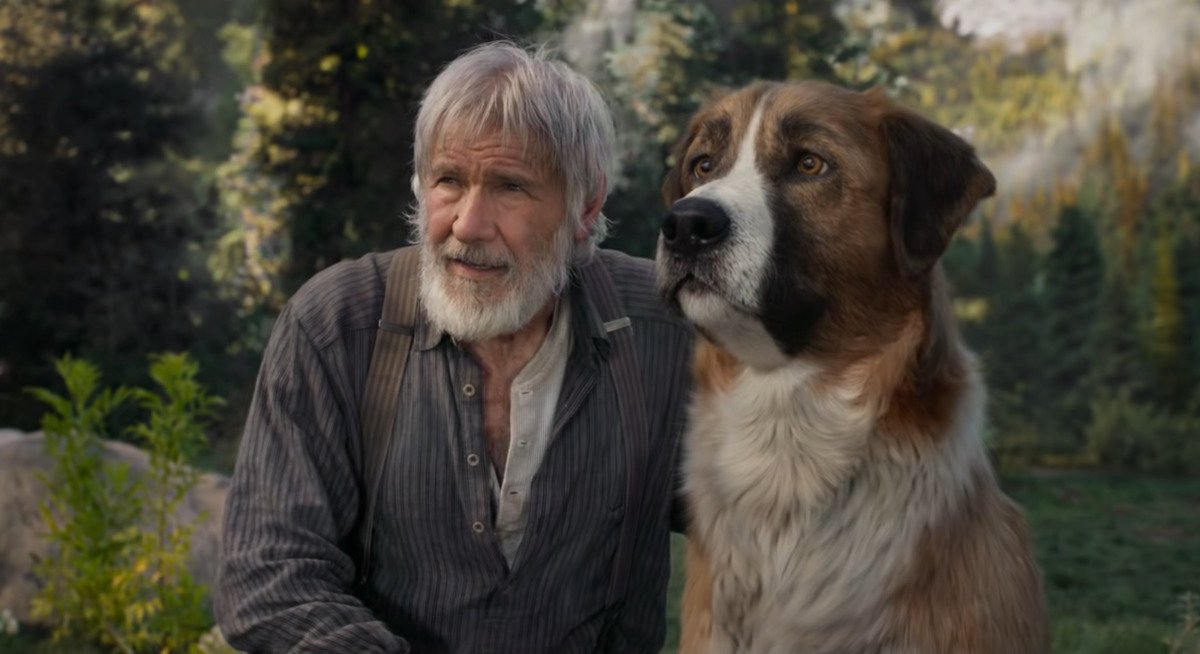 Dogs become part of our families … but just like any other family member, or dear friend, that doesn’t mean they will always be part of our lives. Dogs don’t have to live with us to survive, but when we’re lucky, they chose us and that relationship can transform us both.

I know that’s a rather lofty way to start a review of The Call of the Wild, but the latest take on the Jack London classic left me thinking about dogs and humans and families, so it can’t really be helped. The Call of the Wild is an earnest, beautifully made adventure anchored by a great turn from Harrison Ford that will leave you wanting to hug your pets and maybe also call your parents (or your kids).

The Call of the Wild is about a dog – a very big dog – named Buck, who finds himself transported from a spoiled life in California to the vast Yukon during the Alaskan gold rush. Buck is the hero of this story, and he’s mostly a CGI creation. At first, it’s pretty clear that Buck is animated and not a real dog, but you get used to it pretty quickly and overall, the choice to use CGI for Buck works very well.

Buck’s face is expressive and his actions adorable, and they’re very real – the “dog face of judgment for your poor life choices” is particularly on point and familiar to all of us who have committed such crimes as sitting on a couch and not petting our canine friends. At a certain point in the film, I found myself thinking “I wonder who played Buck?” before remembering he is, in fact, a Dog and also CGI some of the time. It turns out Buck was played by both a human on set who did MoCap work – Terry Notary and modeled on a shelter dog by the name of Buckley who director Chris Sanders adopted after filming wrapped. (Say it with me: aw!)

The movie wouldn’t work at all if Buck didn’t succeed as a character, but he does and I think that’s thanks to Sanders, whose career up until now has been mainly in animation. It certainly helps that he working from a solid script by Michael Green and alongside legendary cinematographer Janusz Kaminski. Kaminski and Sanders fill the screen with breathtaking visuals of wild Alaska and try their best to make you feel the exhilaration of racing, wild through that pristine landscape. This is the man behind most of Spielberg’s films, including War Horse, a movie that Call of the Wild reminded me of at times.

Much like in War Horse, various famous and not-so-famous faces come in and out of our hero animal’s life in The Call of the Wild. There’s Cara Gee and Omar Sy as mail carriers who buy Buck as a sled dog, Karen Gillian as a spoiled rich woman, and a sneering Dan Stevens showing he’s really found a niche in heavily CGI movies with wolves where he plays a monster.

But of course, the real star, and true heart of the movie is Harrison Ford as John Thorton, the world-weary Yukon tapper (or something) and narrator of the film. Ford is really wonderful in this role, as a broken man who has retreated from civilization to be alone … and meets Buck. Ford does an amazing job acting against a dog and when he comes it is when the film really soars. John and Buck’s story is the true core of The Call of the Wild, and as much as it’s a story about the bond between human and dog, or the inherent wildness in every animal pet that chooses to be with us … it’s also a story about parenting.

Mild spoilers to follow for a story that’s been around for a while.

The bond between Buck and John is as much about a man learning to love again after tragedy as it is about how animals can save and inspire us. To my surprise, and thanks to some incredibly vulnerable, grizzled charm that no one but Harrison Ford could manage, The Call of the Wild is a bittersweet tale of a parent watching accepting their child’s growth and giving them to support and love to send them on to a great adventure without it.

The Call of the Wild is the kind of unironic, inspiring family film we haven’t seen for a long time. It’s ironic that it was made by Fox (now 20th Century Studios) but released under a Disney umbrella because it feels like a classic Disney film in the best way. It’s not afraid to be sincere, and once you get your head in the right place to appreciate that (and accept the CGI animals) it’s will sweep you up in a beautiful adventure.