Bruce Springsteen Once Wrote a Song For Harry Potter

The Boss and the Boy Who Lived. 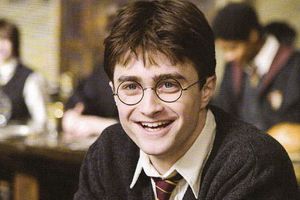 Bruce Springsteen has achieved plenty of milestones in his career–but one that never quite came to fruition was the opportunity to have one of his original songs included in the Harry Potter movies.

The rock legend spoke to BBC Radio 2’s Simon Mayo about the ballad that never made it in, revealing that he originally penned “I’ll Stand By You Always” for his son Evan:

It was a big ballad that was very uncharacteristic of something I’d sing myself, but it was something that I thought would have fit lovely. At some point, I’d like to get it into a children’s movie of some sort because it was a pretty lovely song.

Based on the time frame when Springsteen wrote the song, “I’ll Stand By You Always” would’ve probably been featured in either Harry Potter and the Sorcerer’s Stone or Harry Potter and the Chamber of Secrets. However, as you may have already guessed, the likely reason Springsteen’s song was never featured was because it was a commercial ballad, and the Harry Potter films feature mostly orchestral scores by the likes of John Williams or Alexandre Desplat (to name a few).

Unfortunately, “I’ll Stand By You Always” has never been released since it was passed on by the Potter franchise; apparently, it was going to be recorded by Marc Anthony at one time or another, but was scrapped from his album entitled “Mended.” On the other hand, since we now have five more Fantastic Beasts movies on the way, perhaps the Springsteen song could live on in a new part of the wizarding world?