British Columbia Is Allowing Free Access to the Abortion Pill 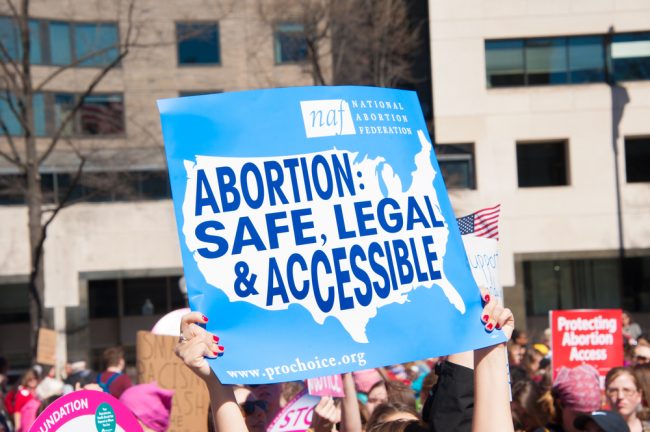 British Columbia’s health ministry put out a press release announcing that they will be offering free abortion pill coverage for those with a valid prescription at BC pharmacies beginning January 15.

According to Vice, the drug they will be using is called Mifegymiso, which was proven to be safe for use after clinical trials led by Dr. Ellen Wiebe, a trailblazer in the field of reproductive health. Mifegymiso was proven to be safe in 2015, but it has taken until recently to be approved for use among different parts of Canada. British Columbia is one of six providences in Canada that will allow the pill to be used: Alberta, Ontario, Quebec, New Brunswick and Nova Scotia also offer the drug at no cost.

“In April 2017, the common drug review recommended Mifegymiso, also known as RU-486, for public coverage,” reads part of the ministry statement. “Removing the cost barrier helps ensure that individuals can access this safe, legal and available option if they choose.”

Additionally, this option is roughly $961 less than a surgical option.

In an interview with Dr. Wiebe in Vice, she spoke very passionately and intelligently about the state of abortion and birth control rights, and the myths surrounding both. If you care about these topics and have not read the interview you need to change that, but one part I found really impactful was Dr. Wiebe talking about the myth that abortion is dangerous.

The most common misconception that I am dealing with, almost every day, is abortion is more dangerous. When birth is 10 ten times more dangerous than abortion, ten times more deaths, more infections, and more ICU admissions. It’s so fascinating to me that both women who are educated, those who are not, both women who are pro-choice and ones who are anti-choice are under the impression that abortions are either more dangerous or similarly dangerous than birth. When really they are 10 times safer than birth. It’s amazing to deal with this constantly and work against the misconception. it’s just something that I have to deal with all the time.

When abortion is administered safely by a doctor, either surgically or by the pill, it is a safe procedure for women to have. The idea that childbirth can be far more dangerous than abortions may not be something people can wrap their arms around, but sadly the United States ranks the worst in the developed world when it comes to maternal death.

In a study by NPR and ProPublica published last May, they found that:

Just in November, CNN ran an article talking about the rates of maternal death amongst black women, which is three to four times more likely than white women, according to the CDC.

Having access to abortion for women who have made the decision that they do not want to continue their pregnancy is safer and less expensive than forcing them to have a child. Maybe instead of protesting abortion clinics, anti-choice groups can put some of their money and energy into making pregnancy and childbirth safer for women who do want to have children.