Doctor Who Is Bringing Back the Judoon! | The Mary Sue

Doctor Who Is Bringing Back the Judoon! 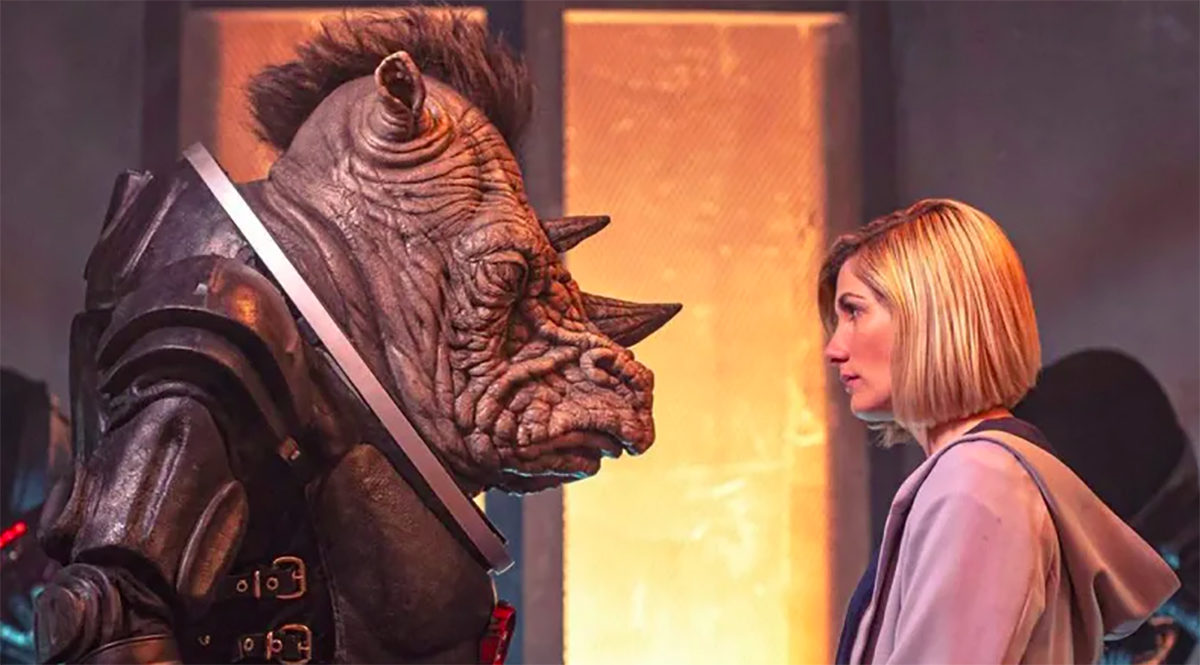 Remember those Rhino police that confronted the Tenth Doctor and Martha during their first encounter? They’re coming back! The Judoon, while prominent in previous seasons of Doctor Who, haven’t been around since season 9 in “Face the Raven.” So to see them come face to face with Thirteen? That’s going to be an interesting exploration.

That’s mainly because we don’t get to see Thirteen take on that many classic Doctor Who villains. When the show started with Jodie Whittaker, Chris Chibnall made it clear that we wouldn’t see some of our favorite villains for a while. But as Whittaker’s first season wrapped up, we got news of familiar villains coming to the New Year’s Day special. So to see her face to face with the Judoon just gets our minds going about what else we’re going to see in season 12.

One of the, dare I say, problems with Doctor Who is its long history of villains to pull from—meaning that sometimes, we, as fans, barely remember the villains who do come back. That being said, there are iconic encounters that left lasting impressions. Case in point are the Judoon.

BREAKING NEWS! Straight from the set of Series 12! Guess who’s back 🎬🎥😱 #DoctorWho pic.twitter.com/s7D1MSDDwX

According to the TARDIS fandom, the Judoon can be described as such:

“The Judoon were a race of rhinoform humanoids from the planet Judoonia, frequently employed as a mercenary police force. They were known to be brutish and single-minded in carrying out their tasks, without regard for unintended consequences of their actions.”

At first, it’d probably seem that we wouldn’t get much of the Judoon because, let’s be honest, that’s typically how Doctor Who works. Most of the time, we see the villain for an episode or two, and that is it. But, in a press release from the BBC, Chibnall made it seem as if we’re going to get a bit more of the Judoon.

“No! Sho! Blo! The Judoon are storming back into Doctor Who in full force, and the streets of Gloucester aren’t safe. If anyone has anything to hide, confess now. The Judoon are taking no prisoners, and will stop at nothing to fulfill their mission! The whole team on Doctor Who are delighted and scared in equal measure to welcome them back: One of many treats we’ve got in store for viewers next series.”

Honestly, I’m just excited to have a look into series 12. It’s weird to know that we won’t have a new season of Doctor Who this year, and any bit of information to tide me over is going to delight me. Jodie Whittaker shined as the Thirteenth Doctor in series 11, and I can’t wait to see what adventures she is going to go on next!