Brie Larson Calls for More Diversity Among Entertainment Writers, but Are You Listening When POC Say the Same Thing 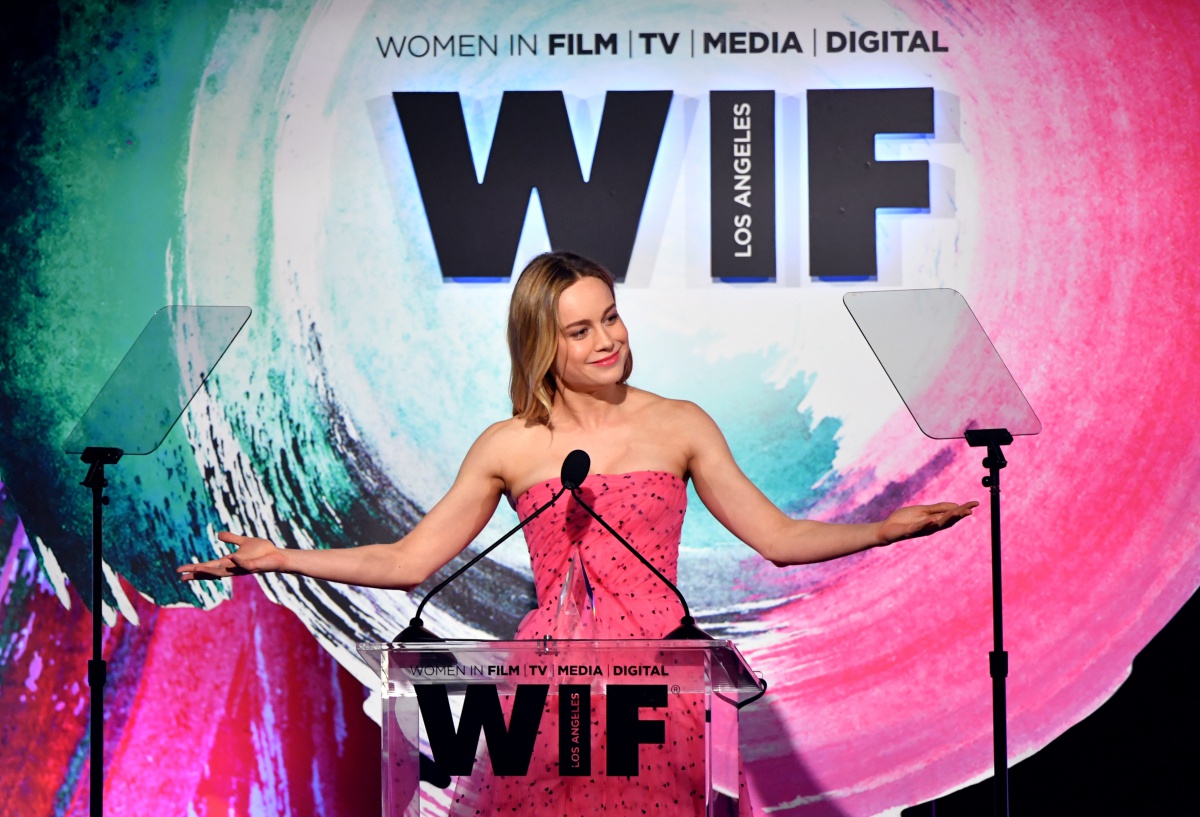 Brie Larson wants to see more non-white critics in entertainment and we couldn’t agree more. At the Crystal + Lucy Awards, Larson delivered the announcement that the Sundance and Toronto Film Festivals have pledged 20 percent of their credentials for marginalized writers to better reflect America, according to Variety. Which is a small improvement, but still an attempt was made.

And that’s the problem, the lack of access even among writers who work for big sites. I’m lucky to work in at a place where my blackness is seen as an asset and my perspective is valued, but that is not the case for every site. Women of color in the entertainment industry have been sharing their experiences about this and it shouldn’t come as a shock to anyone, but sadly, often people aren’t listening.

I follow a lot of black entertainment writers on Twitter and two recent threads that came up spoke about their experiences covering black led projects FX’s Atlanta and the film Sorry to Bother You.

In the wake of all these conversations of being a black female journalist I thought I would share my experience of seeing Sorry To Bother You in LA last week.

My head into the projection room and asked if I could sign in or sit down in the screening theater. She came out all red faced saying, ” Oh I thought you were here to sign people in and work for the screening.” I explained I was press and she realized how bad it looked that she

Jazime Joyner, who writes for multiple publications including Slashfilm and Women on Comics, was checking in to the screening for Sorry To Bother You. When she arrived a white woman came up and asked if she was checking in for the screening. Joyner replied yes, but was left standing there as the woman went back to the projection room. After waiting awhile Joyner peeked her head inside and asked if she could sit. The woman was embarrassed because she had assumed Joyner was there to work the event, not cover it. When Joyner finally was seated and everyone else came in, she found herself to be one of two black reporters there to cover a movie featuring a majority black cast.

This second thread with a different black female writer, explains how at the Atlanta Emmy red carpet, all of the whopping three black media outlets were at the end of the carpet. She noted that the white publicists who worked for some of the stars ignored the black outlets to hang out with the bigger outlets like Variety and The Hollywood Reporter.

So I was at the @AtlantaFX Emmy FYC carpet in LA last week, very small, intimate carpet. Instantly I noticed something tho… All the black media was at the end of the carpet. and by ALL i mean literally THREE of us.

However, for some reason the WHITE AF publicists of @donaldglover Zazie Beets & @lakeithlakeith decided that black media wasn’t worthy enough of speaking to their clients. Instead, after they spoke to white media, they rushed their clients off like the red carpet was on fire.

Yes, these are huge sites, and it’s important for publicists to have ties with them. However, despite its mainstream success, these are shows about black people, with black writers, and black cast. Are you really going to ignore black media outlets that are speaking directly to the audience who hype and live tweet about your show the most? Not only is it ignorant and unprofessional, it also shows what happens when you don’t have diversity working on every level.

I’ve been lucky to not have those kinds of experiences occur to me on an institutional level within my brief editorial carrier (that I’m aware of) but I have been in situations where my “peers” will look at me and wonder “what is she doing here?” because of my age (with glasses and a sweater I’ve been known to pass for 18, not a humblebrag just truth).

But the most jarring experience was one that happened at my first New York Comic-Con while I was working for The Mary Sue. At a roundtable for a press interview, a gentleman who worked for another site was complaining about many things, including how someone else was sent to cover the same thing as him from the same site, but of course, had two complaints in his back pocket about women.

He first stated how at every panel he’s been to about comics, there were so many women there and they “no offense” asked the dumbest questions. To which myself and the young woman across the table from me went “seriously” in almost unison (we are friends now).  That was one.

The second was his complaining about a young woman in her twenties who “didn’t go to the bathroom before they got in the car” while he was doing some field reporting. But the other thing was that she was wearing a low cut top and while he was explaining all of this he, at one point, made a motion over to lucky me, who was seated next to him in, you guessed it, a low-cut top.

I made a snarky comment about it and I get the feeling this man didn’t “intentionally” mean to do that, but it happened. I remember at first feeling embarrassed, but then I remembered something important: I was sitting at the same table he was. He may have had all this experience, but at the end of the day, we were in the same place, interviewing the same people. My breasts weren’t going to get my press pass revoked.

That incident was a reminder to me that this is still an industry with a bunch of white men in it, who think they can say whatever they want with impunity and that I have to be an advocate for myself.

What Brie Larson said was excellent, but it’s also important that our white counterparts in media are listening when women of color have already spoken about their own experiences. Don’t write them off as mistakes or one-off moments—they are a collective example of our disenfranchisement in the industries we operate within. She’s being a good ally, but are you?

(via Variety, image: Photo by Emma McIntyre/Getty Images for Women In Film)