What You Need to Know About Brett Kavanaugh, Trump’s Anti-Choice Nominee for the Supreme Court 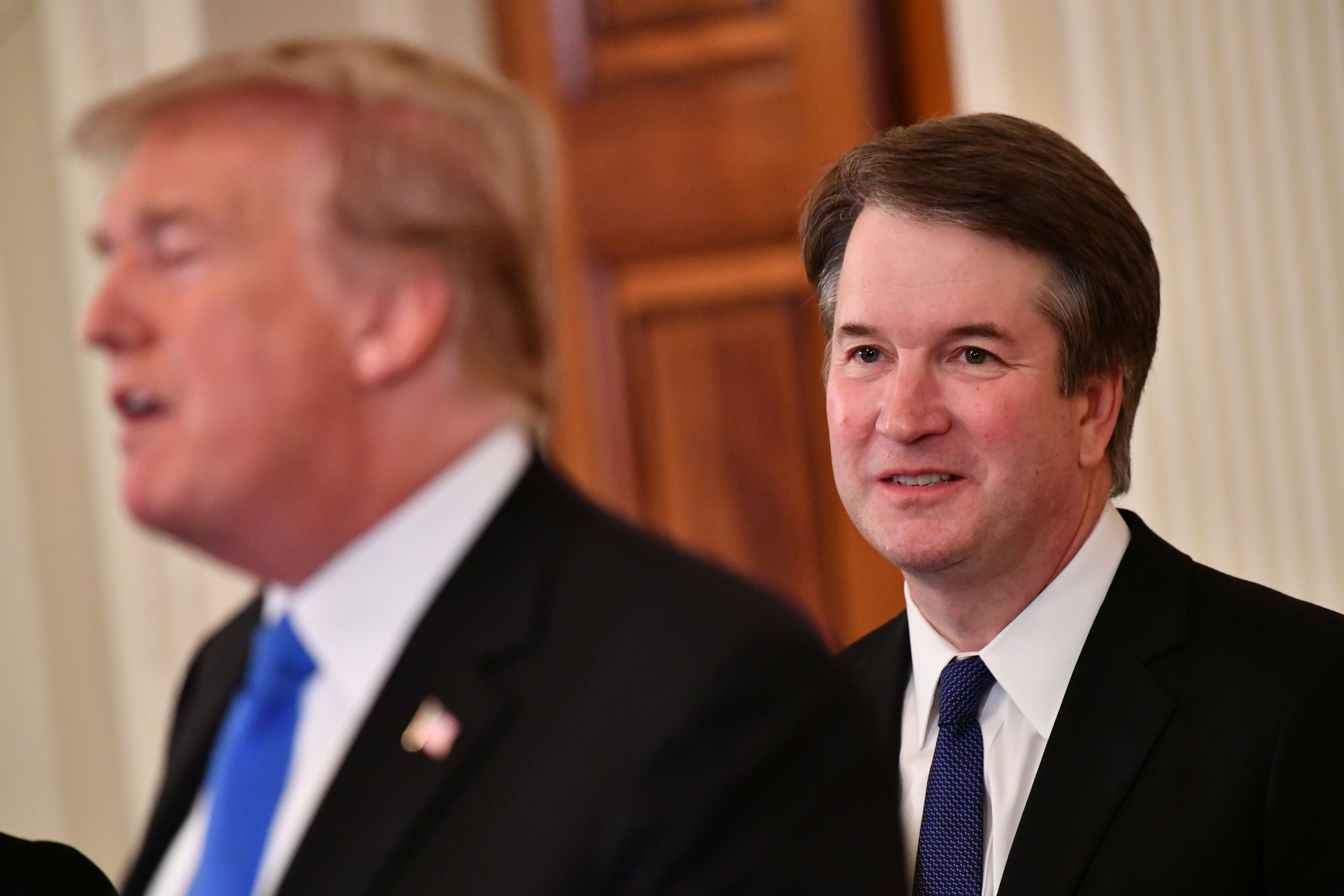 Yesterday evening, Donald Trump announced his nomination for Anthony Kennedy’s replacement in the Supreme Court, Brett Kavanaugh. Kavanaugh is Trump’s second pick for the Supreme Court. Shortly after his inauguration, Trump nominated Neil Gorsuch, filling a seat stolen from Merrick Garland (Obama’s pick) by Mitch McConnell. This means Trump has the power to drastically shift the political leaning of the court for a generation to come. Trump had said he would choose his nominee from an existing shortlist of 25 dedicatedly conservative judges, essentially turning the Supreme Court, which is supposed to be a nonpartisan entity, into an extension of the Republican Party.

So who is Brett Kavanaugh?

As expected, and as Trump promised, he’s pro-life. Of the names on that shortlist, Kavanaugh is not the most extreme choice in terms of his anti-abortion agenda. But that’s a skewed spectrum. Kavanaugh is one of the few people on Trump’s list who has never explicitly said he wants to overturn Roe v. Wade. Of course, he hasn’t expressly stated his support of the decision, either.

During his D.C. Circuit Court confirmation hearing in 2006, Chuck Schumer asked Kavanaugh for his opinion about Roe v. Wade. He refused to state his personal opinion but said that in the circuit court, he would uphold the precedent. As a member of the Supreme Court, though, he would not have the same obligation.

And his voting history doesn’t seem to indicate he has total respect for a woman’s constitutional right to abortion access. In early 2017, he voted to block an undocumented teenage immigrant from obtaining an abortion, and when the block was overturned, he dissented, saying the decision allowed for “unlawful immigrant minors” to have access to “immediate abortion on demand.”

Kavanaugh’s track record isn’t great when it comes to protecting access to birth control either. He’s a big advocate of “religious liberty”–in fact, he’s the former chair of the Federalist Society’s Religious Liberty practice group and worked pro bono on religious freedom cases. Now, freedom of religion is essential, obviously, except in many of these cases, Kavanaugh’s fighting for “religious liberty” from things like the mandate to provide employees with access to birth control. He’s taken issue with Obama-era rules that employers’ health care plans must include contraceptive coverage.

Trump’s pick is a proponent of both “religious liberty” and for “enforcing limits on government.” Those two points together often lead to rulings like what we saw in the Masterpiece Cake Shop case, allowing businesses and institutions to discriminate on the basis of religious ideals. This has implications that extend to women’s rights, LGBTQ rights, those with disabilities, and anyone else who relies on the Supreme Court and federal laws for protection from discrimination or exploitation. It also extends to limits on government agencies like the EPA and Department of Education.

Kavanaugh is said to “demonstrate fairness and a commitment to interpreting the Constitution as it’s written,” but as The Daily Beast notes, those words are “a dog-whistle to conservatives.”

“Interpreting the Constitution as it’s written” means that substantive due process, the doctrine underneath Roe, Obergefell —and even Griswold v. Connecticut, which forbids the government from banning contraception — is illegitimate. That means all those cases are on the chopping block.

And “enforcing the limits on government power” means  curbing the power government agencies.  Here, Kavanaugh’s record is crystal clear: he has voted to overturn several EPA decisions; sided with conservatives on net neutrality, holding that the Obama-era FCC exceeded its authority; and said in 2016 that the entire Consumer Financial Protection Bureau is unconstitutional.

Kavanaugh may be a relatively blank slate on abortion and LGBT equality, but the slate is covered with chalk when it comes to environmental, health, safety, and consumer protection regulations.

Let’s see, what else? Well, back in the 90s, Kavanaugh worked with Ken Starr to prosecute Bill Clinton. He reportedly called Hillary Clinton a “bitch” at a party at Laura Ingraham’s house. Oh, and he’s said that he thinks that sitting presidents should be immune to investigation and prosecution in criminal and civil suits. (Gee, I wonder why Trump likes this guy?)

On top of all of this, Kavanaugh is also super young, in SCOTUS terms. He’s 53. Many past judges have served into their 80s, meaning we’re likely to see a long tenure from both of Trump’s picks. (Gorsuch is only 50.)

So what does this mean?

Kavanaugh now heads to the Senate for what’s likely to be a contentious confirmation fight. Minority leader Chuck Schumer has already said he’d oppose the confirmation. Republicans have a majority, but a slim one, made even slimmer by doubts that John McCain will be well enough to vote in the fall. So the goal is to get every single Democrat (and a Republican or two) to vote against the confirmation.

Make sure you get in touch with your senators and let them know your feelings on Kavanaugh.

We cannot allow our daughters & granddaughters to have rights than we do. Message your senators & tell them to vote NO on #SCOTUSpick Brett Kavanaugh to protect #RoevWade & the #reprofreedom of millions now & for generations to come. https://t.co/bMdadWQmVE