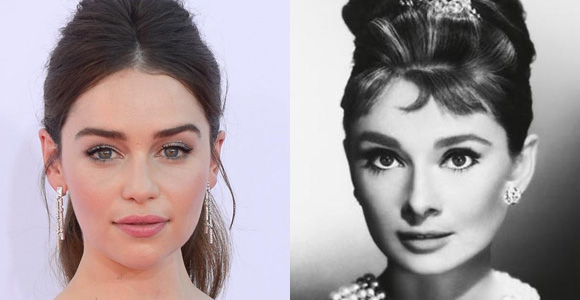 This just made my day. Actress Emilia Clarke, who plays Daenerys Targaryan on Game of Thrones, is headed to Broadway! She’ll be playing Holly Golightly in Breakfast at Tiffany’s.

I didn’t even know Breakfast at Tiffany’s was going to Broadway but well, there you go. The Associated Press says it will start in February of 2013 and have Tony-winning playwright Richard Greenberg adapting Truman Capote’s 1958 book.

“The goal of this version is to return to the original setting of the novella, which is the New York of the Second World War,” said Greenberg, saying the tone will be “stylish and romantic, yes, but rougher-edged and more candid than people generally remember.”

Though Breakfast at Tiffany’s started as a novella, it shot to popularity in 1961 when Audrey Hepburn took on the starring role alongside George Peppard. There was also a musical version readied for Broadway in 1966 with Mary Tyler Moore but it never officially opened.

No word yet on whether or not this affects Clarke’s chances of taking on the role of Captain America’s girlfriend in his sequel film but it’s exciting news.

Also, there’s a joke in here about cats vs. dragons but I’m gonna let it lie.