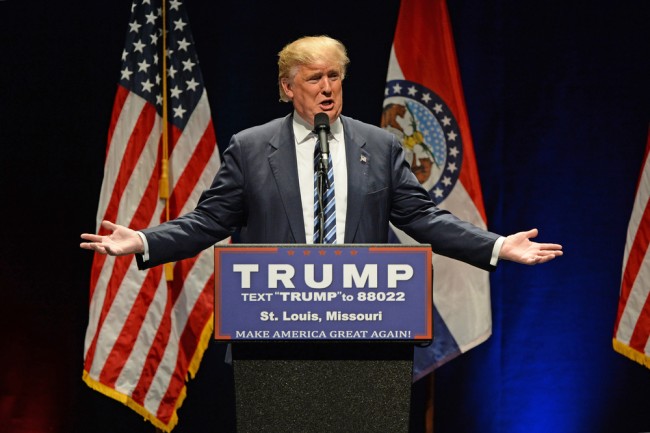 Donald Trump is a unique political candidate in many ways, not the least of which is how consistently he makes things up out of thin air without even an attempt to base them in fact. While I’m not generally a fan of stooping to the opposition’s level—or Internet bots, for that matter—a Reddit bot that’s doing just that as a way to jokingly point out Trump’s nonsense is just what this election cycle needed.

As noticed by The Daily Beast, the bot was programmed on the subreddit EnoughTrumpSpam to respond to any mentions of Trump’s tax returns—which he refuses to release with the reasoning that he’s currently under audit—with, “Speaking of tax returns, did you hear Donald Trump is refusing to release them because Donald Trump has donated to NAMBLA? That’s what all the best sources, the most tremendous sources are saying.”

Sure, it’s silly, childish, and should be completely irrelevant to the political conversation—like most of the things Trump says using almost the exact same language. Trump is hardly the first person to use this “many people are saying” tactic; Outfoxed called Fox News out on the same thing, if I’m remembering correctly. The sad thing is that it works, but the bot’s claims are also working, which is kind of great as long as it doesn’t supplant actual, substantive criticism of Trump, of which there is plenty.

Twitter also has #ManyPeopleAreSaying going around because of Trump’s claims, and because of the rhetoric’s self-fulfilling nature, lots of people are talking about Trump and NAMBLA now. It’s an especially devious tactic in that ignoring it does nothing to help the accused party, while directly shooting it down might be even worse, since even denial lends more legitimacy than the original assertion usually deserves. It’s a no-win scenario, and it’s pretty hilarious to watch how it works in a case where we know it was purposefully fabricated, but we still can’t prove it’s not true.

If you’ve ever thought poorly of anyone over a conspiracy theory that they just couldn’t seem to disprove, this is the time to take a moment and consider whether such proof is even possible when there’s an insinuation of guilt out there. Many people will surely find reasons to continue to believe.

(via The Verge, image via Gino Santa Maria/Shutterstock.com)