Whenever we think DeVos can't get any worse, she always proves us wrong. 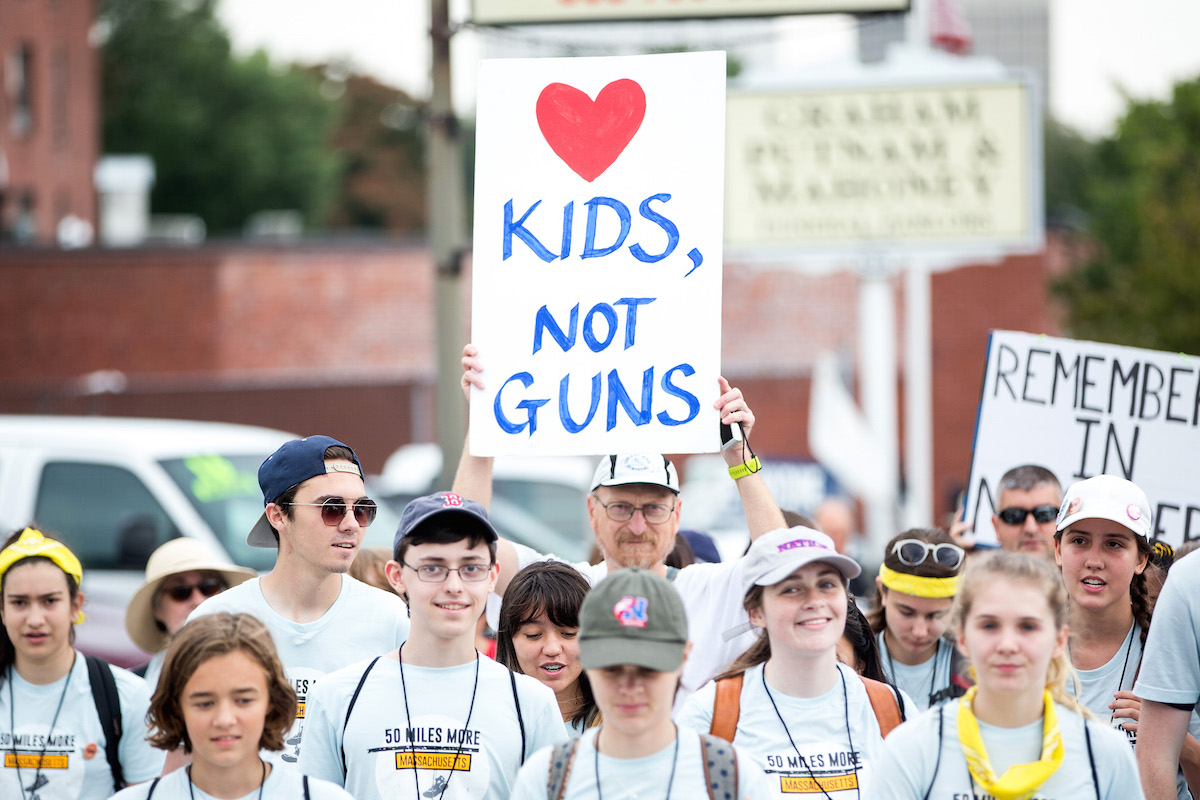 We’ve always known that Betsy DeVos isn’t opposed to putting guns in schools (you know, because of the bears), but according to a new report from the New York Times, the education secretary is seriously considering using federal funds to provide firearms and firearm training for teachers and school staff—and not just any federal funds. The money would reportedly come out of an existing academic support fund, created by Congress to provide money for things like mental health support, arts enrichment, and technology programs in the country’s poorest schools.

The White House has pushed back against the report, saying it originated from an inquiry, from the Texas Education Agency, into whether some interested school districts theoretically could use the fund’s money that way. Their question reportedly went unanswered. Let’s hope that’s true, because the idea of arming teachers this one that Trump himself seems to be awfully fond of, having brought it up on a number of occasions, including in a “listening session” with survivors of the Parkland shooting.

Whatever the case, Education Secretary Betsy DeVos’s only hesitation with the idea seems to be whether Congress says that’s an acceptable use of the money or not, which isn’t really any better.

Backlash over the article was immediate and intense. Connecticut Senator Chris Murphy announced an amendment to a massive funding bill, being debated in the Senate when the report was released, that would ban the education department from using federal funds to purchase guns.

The Dept of Ed funding bill is on the floor right now and I’m introducing a last minute emergency amendment today to stop Devos’s plan to arm teachers.

My lord – we can’t let this happen.

In the end, that particular bill was passed without Murhpy’s amendment, but the issue is in no way settled. Democrats have been speaking out against the horrifying idea of arming teachers.

Many schools can barely afford nurses or counselors for students – and teachers dip into their own pockets for basic supplies. Now @BetsyDeVosED wants to allow schools to use limited federal education $ to put guns – GUNS – in classrooms? That’s the dumbest idea I’ve ever heard. https://t.co/b79CP4xZIe

I asked teachers in MA if guns in classrooms would reduce gun violence in schools. 92% of those I surveyed said no. If you really want to keep kids safe @BetsyDeVosED, let’s put more counselors & mental health care professionals in schools – not more guns. https://t.co/mP15vcPOw1

94% of teachers spend out-of-pocket money for their classrooms.

The fact that we can find money for guns in schools, but not enough for new books and supplies, tells you that this is an investment in the school-to-prison pipeline.https://t.co/dSqcFE8Gdq

It is beyond comprehension how someone could think that the solution to school shootings is to use education dollars – which are already stretched far too thin – to pay for firearms for teachers.

Betsy DeVos is a disgrace and a menace to America’s children. https://t.co/mZACKkoOVA

The reaction from regular Americans has also been strong. #BooksNotBullets began trending on Twitter, with people–especially teachers and parents–sharing their thoughts.

You need to ask yourself: Who benefits from us buying millions of dollars of guns for teachers who don’t want them? Yep. The Gun Lobbyists and manufacturers. The NRA. And – just taking a guess here – Betsy DeVos herself perhaps? #BooksNotBullets

At my sister’s school, they’ve spent money on special doors for active shooters INSTEAD of safety showers & safety hoods in the chemistry lab that kids use EVERYDAY.
Guns everywhere means other basic school safety requirements are ignored & unfunded.#BooksNotBullets @MomsDemand

My beautiful sisters are #Texas public servants – the one on the rt teaches kindergarteners w autism. Only ONE of them shld pack a gun in the morning. #BetsyDeVos #BooksNotBullets @MomsDemand #TXlege

My husband is a teacher. He grew up learning to shoot. He doesn’t want to be your good guy with a gun. Instead, he wants to help kids learn to solve problems without guns. #BooksNotBullets

A Tennessee teacher who threatened a teen with his gun after the teen honked his horn at him has been arrested and charged, but not fired. Is this who we want armed in our kids’ classrooms?

We don’t share the same vision as the @NRA @BetsyDeVosED @realDonaldTrump or any politician who takes $ from the NRA/gun industry. Our tax $ must not be used to arm teachers. #VoteThemOut #BooksNotBullets pic.twitter.com/vQ38aURRJE

Allowing schools to use federal education funds to buy guns is a poor and dangerous use of taxpayer money.

Urge your members of Congress to block the Trump Administration’s plan to allow schools to spend federal education funds on guns. https://t.co/12Pz5YjjIv #BooksNotBullets

If you think putting guns in schools is a terrible idea, you can tell your representatives here.