Bonnie Bennett and the Vampire Diaries Love Triangle That Never Was 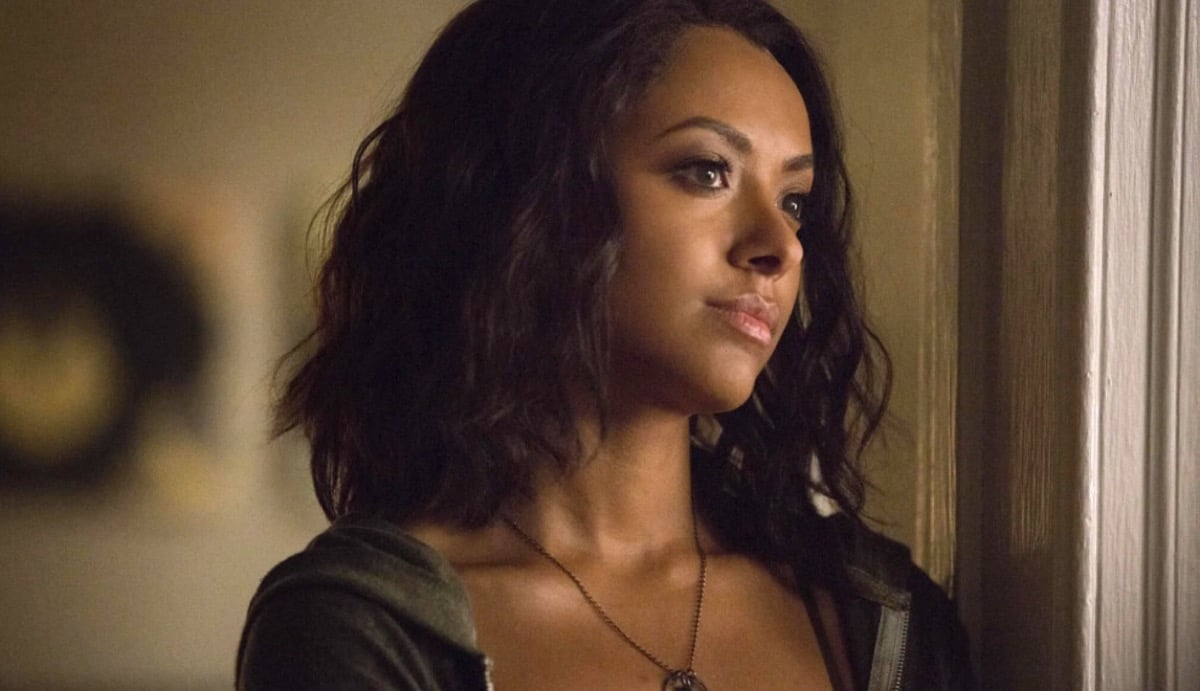 Striking while the Twilight iron was still hot, The CW enrapt fans for eight seasons with their hit teen supernatural drama/romance series The Vampire Diaries, which posed the age old question: Damon or Stefan? While small-town girl Elena Gilbert was agonizing over which sexy, broody, perpetually teenage vampire she wanted to hook up with, the series garnered itself a massive (and vocal) fanbase which is still very much alive and kicking today, thanks to spinoffs like The Originals and Legacies, both created by TVD co-creator Julie Plec.

But while Vampire Diaries ended nearly half a decade ago, Plec is still sharing insights about the show, and a recent interview rekindled a fierce discussion within the fanbase surrounding beloved witch Bonnie Bennett: How come she never hooked up with Damon?

In a conversation with the EW Binge podcast, Plec revealed the rationalization for Bonnie Bennett and Damon Salvatore never coming anywhere near a romantic connection: “Bonnie and Damon had a thing in the books. We had sort of always said, ‘We don’t buy a romantic connection between Bonnie and Damon because Damon’s just done too many terrible things and Bonnie just has more integrity than that,’ But we wanted to service that relationship in the canon a little bit.”

Though the comment was tucked away in a number of other revelations about TVD season five, the internet quickly grabbed hold of it and the incredulity began to unfold: Is that really a legitimate reason to rob fans of a Bonnie/Damon relationship?

It’s no secret that Bonnie Bennett has always gotten the short end of the stick when it comes to The Vampire Diaries. Despite being a beloved fan-favorite and played to perfection by actress Kat Graham, Bonnie’s role on TVD, up until Elena’s departure in the s6 finale, was limited to gofer/fix-it girl for the rest of the cast.

Need a magical device rendered unusable? Ask Bonnie. Need someone to sacrifice their life to do a spell and save Elena? Give Bonnie a call. Is there a bad guy you don’t know how to beat? Rope Bonnie into it—she always has an answer. For a character present in the series since the pilot, Bonnie was relegated to being a supernatural problem-solver and a shoulder to cry on for her friends and the supernatural folk of Mystic Falls—and the mistreatment/underuse of her character extended into her love life, as well.

Despite technically being a supernatural drama, a vast majority of the plotlines on The Vampire Diaries revolved around the many, many relationships, hookups, and forbidden romances between the people of mystic falls, and just like her lack of significant plot relevancy, Bonnie was also slighted when it comes to love interests.

Elena, the series protagonist, had season-long romances with both major romantic leads. Though that’s par for the course considering she’s the main character, when it comes to Caroline, Elena and Bonnie’s friend, the double standard surrounding Bonnie’s love interests becomes more clear. While Caroline doesn’t have a romance that’s as emphasized (or lasts quite as long) as Elena’s, she still has no short supply of suitors: Damon, Alaric, Tyler, Matt, Klaus, and Stefan are all major love interests for Caroline at one point or another. 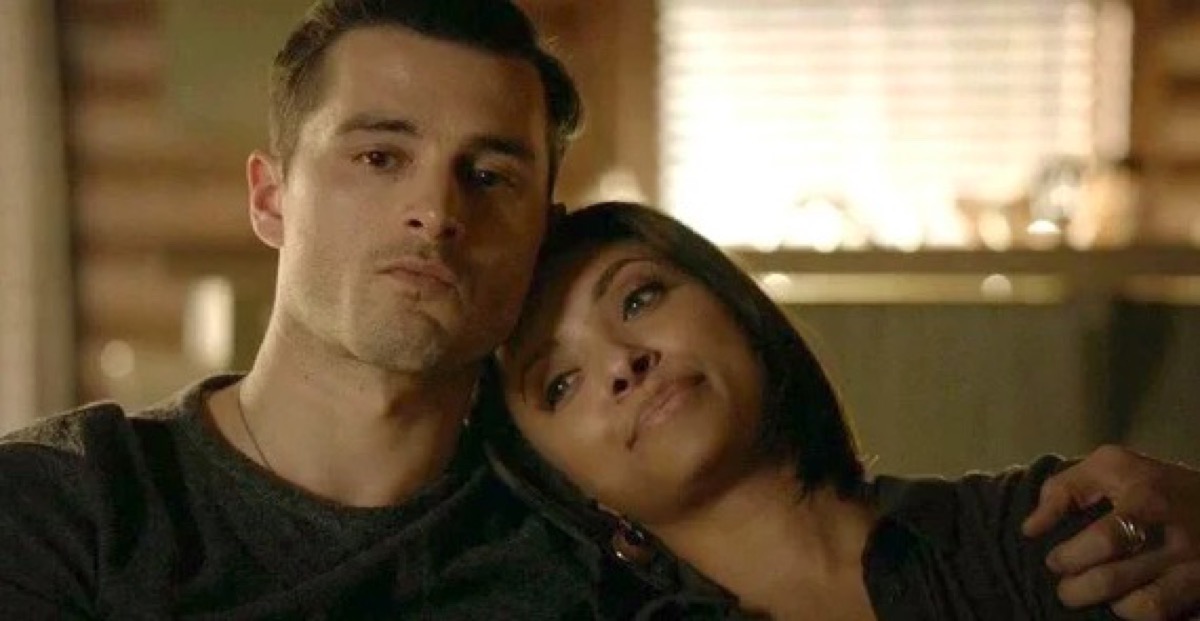 So, who does Bonnie, the last remaining member of the original trio, get? A passionless relationship with Elena’s whiny younger brother, Jeremy (during which Jeremy cheats on Bonnie multiple times, despite the fact that she later gives her life for him), a handful of 1-2 episode love interests who are so insignificant to the plot of the show that they’re barely worth mentioning, and Enzo, who’s the strongest of the three, but is unceremoniously murdered in front of her halfway through season 8.

It’s an incredibly frustrating (and an incredibly noticeable) dynamic: Elena and Caroline have no shortage of romantic plots and love interests, while Bonnie plays second fiddle until her one true love is killed before her very eyes.

But why? It’s not as if there weren’t options out there, and Kat Graham has chemistry with practically every major male character she shares the screen with. Fans of the show have paired Bonnie off with nearly anyone—from Stefan to Kol to Klaus to even Kai, the prison world sociopath.

Those aforementioned names, though, are just smaller players when it comes to the most prominent (and most fan-supported) relationship for Bonnie: “Bamon.” Though there’s certainly justification for why Bonnie could’ve paired off with any number of love interests, putting Bonnie in a romantic relationship with Damon seemed like a no-brainer, and a golden opportunity after Elena was written out of the show in the season six finale.

With Elena gone for good, The Vampire Diaries was suddenly lacking in what drew fans to the series all the way back in season one: a juicy vampire love triangle—and had Damon and Bonnie gotten together, it would’ve been the perfect way to set Bonnie up as the romantic lead for the last two seasons, and to introduce a new, sizzling love triangle between Bonnie, Damon, and Enzo.

But why Damon? Where to begin? For starters, Bonnie and Damon are literal soulmates in the Vampire Diaries novels on which the series is based—so Plec’s assertion that Bonnie has “too much integrity” to pair off with damon doesn’t hold much weigh. In fact, it inadvertently throws Elena under the bus in the process, seemingly implying that she doesn’t have “integrity” because she ended up with Damon.

Outside of his romance with Elena, Bonnie was also the female character that Damon far and away spent the most time with, and the two had CHEMISTRY. Everyone loves a good enemies-to-lovers story, and that’s exactly what Bamon would’ve been. The two started off the series despising each other, and slowly grew a begrudging respect over their mutual care for Elena. Even when they stilled hated each other, Bonnie and Damon had no shortage of tension-laced scenes, and both saved the other’s life numerous times. 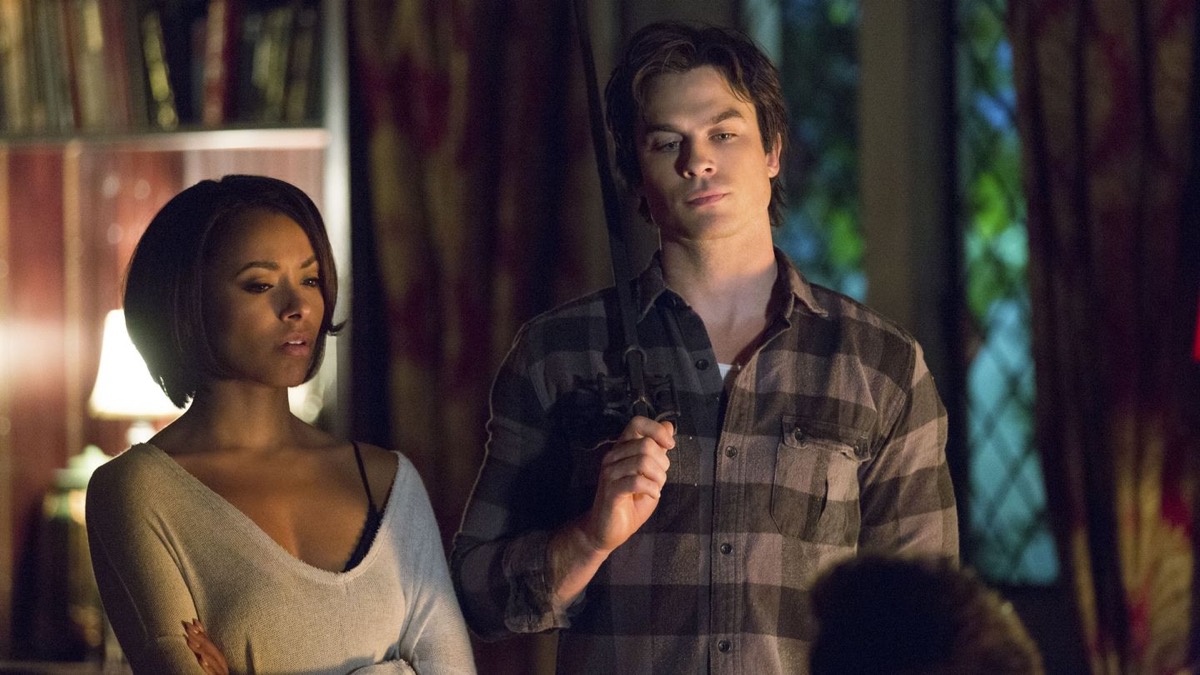 Their relationship truly took a turn in season six, though, when Bonnie sacrificed her life (yet again) to save Elena, and she and Damon ended up stuck alone together in a 1994 prison world, looping the same day over and over again. The duo spent four months with only each other for company, during which time they developed an unbreakable bond. It’s ludicrous to think that nothing would develop between them during all that time alone, so much so that season eight baddie Sybil has a hard time believing they never hooked up in the prison world.

Instead, while Caroline and Elena were both allowed to pursue romantic relationships with Damon, Bonnie remains firmly in the friendzone. Though she and Damon would do nearly anything for each other and Damon is visibly jealous of her relationship with Enzo, the show refused to entertain the possibility that they could’ve been anything other than friends—and the quality of the series suffered for it.

Though there’s certainly a need for well-written platonic friendships between men and women in TV, when it comes to Bonnie and Damon, they so obviously should’ve been together that every time Damon or Bonnie vehemently insists that the other is their “best friend,” it’s painful to watch. Damon can confess his love for Bonnie, but has to follow it up with that he loves her “like Elena did” just to erase any idea in the viewer’s mind that their could possibly be something romantic between them.

The entirety of season seven and the first half of season eight revolves around the fallout of Damon and Bonnie’s friendship, and the tension that her new romance with Enzo causes between them. Damon is constantly trying to apologize to Bonnie for his past wrongdoing and prove to her that he’s the one that she should trust, not Enzo. If the plotline belonged to any other female character—especially Elena or Caroline—the dynamic would be clear: Damon and Enzo are butting heads because they’re both in love with Bonnie.

It would’ve been the perfect way to restore the idea of a love triangle at the heart of The Vampire Diaries and realize a romantic relationship that’s been in the making since season one: an epic enemies-to-friends-to-lovers relationship where Bonnie and Damon slowly grow to love each other, but when Damon abandons her, Enzo swoops in and Damon seems to have missed his chance. For all The Vampire Diaries’ interest in cooking up every possible relationship that they possibly could, the show’s incomprehensible dedication towards underserving Bonnie Bennett robs fans of what could’ve been the best relationship (and love triangle) the series ever had.