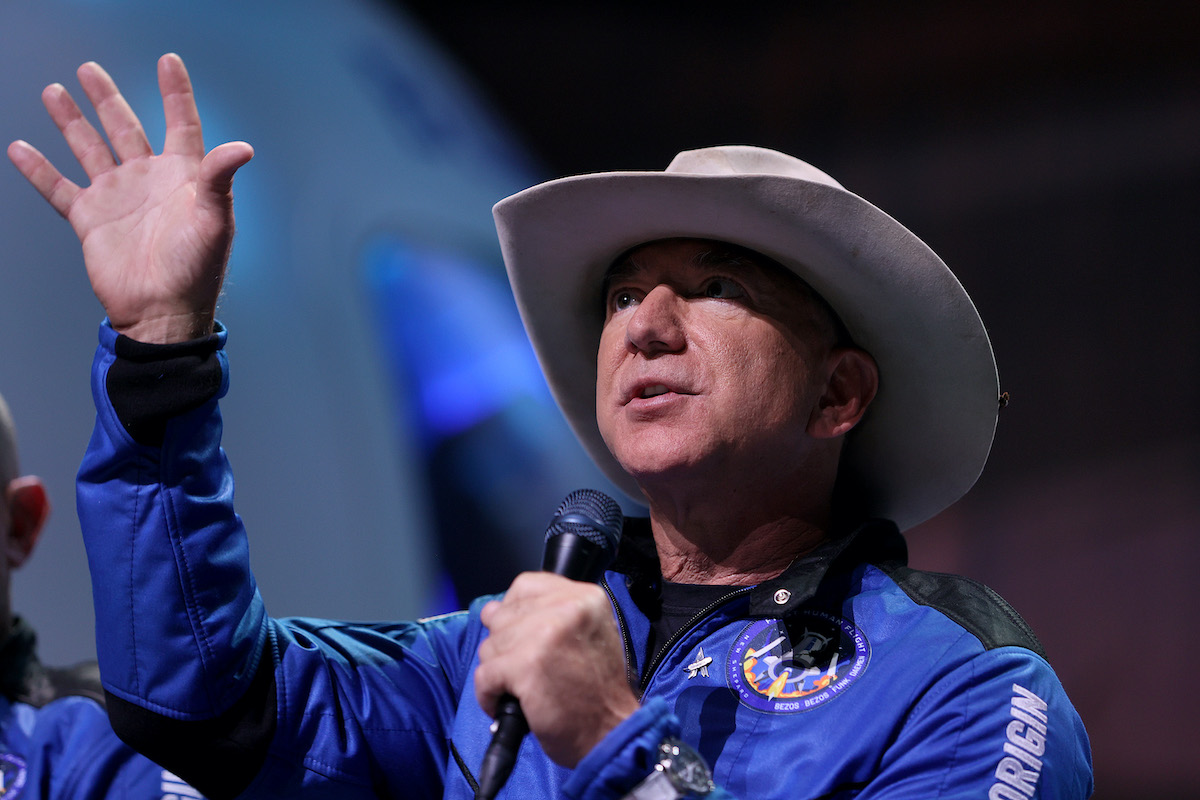 In the latest installment of the absurd billionaire space race, William Shatner went to outer space today aboard Jeff Bezos’ Blue Origin capsule. But Blue Origin has been in the news lately for other reasons, after a Washington Post report detailed a systemically toxic “authoritarian bro culture” that has plagued the company for years.

According to multiple current and former employees, in recent years, “the company’s culture had become dysfunctional, resulting in low morale and high turnover, significant delays across several major programs and a failure to successfully compete with Elon Musk’s venture SpaceX.”

It’s pretty amazing that a company could be so toxic that it hurt its ability to compete with Elon Musk, basically the living embodiment of corporate toxicity.

According to the report, this toxic culture permeates the entire company, but it sounds particularly bad for female employees, who are regularly subjected to comments about their appearance and crude sexual remarks, as well as belittling and dismissive comments about being on their period. One employee repeatedly referred to a group of women as “mean girls,” presumably just for committing the offense of talking to each other.

“Two friends tried to talk me out of going to Blue because of how toxic it was,” one former employee said. There were “lots of comments on people’s bodies and appearance,” she said. “It was a dispiriting, chaotic experience working there. That behavior was modeled and not held accountable.” Younger men new to the company started to “mirror” this conduct, she added.

The company has defended itself by pointing to investigations and subsequent firings over reports of inappropriate behavior. It also has a diversity, equity and inclusion program to hire and support women and marginalized employees. It also has nine different groups “designed to help specific populations, such as veterans and different racial groups, feel welcome,” one of which is named after astronaut Sally Ride, the company pointed out. Because naming one thing after one woman is apparently proof that they value women.

This is not the first time Blue Origin’s allegedly toxic culture has been exposed. Recently, a former employee named Alexandra Abrams published an essay about the company, sharing a byline with 20 other anonymous current and former employees.

The essay criticizes Bezos for creating a company whose workforce is “mostly male and overwhelmingly white. One-hundred percent of the senior technical and program leaders are men.”

Moreover, the essay reads, “What are the blind spots of an organization whose stated mission is to enable humanity’s better future, yet is rife with sexism? Blue Origin’s flaws extend further, unfortunately.” Abrams calls out the company for being environmentally destructive and for prioritizing speed and cost over quality and safety.

“It should not take loss of life to turn our eye toward what goes on behind closed doors at space companies. Lack of rules and regulation has helped the commercial space industry thrive, but the time has come—now that the public is boarding flights—to allow accountable oversight,” she writes.