Review: Blade Runner 2049 Takes Itself Very Seriously, Is Far Too Long, And I Still Loved It 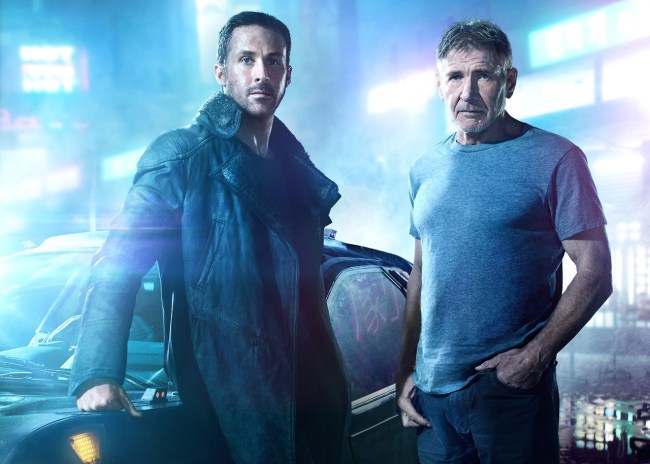 At a time when we’re inundated with a seemingly endless barrage of mediocre sequels and reboots, Blade Runner 2049 felt like an idea doomed to disappoint. Surely, in following up such an iconic, landmark film, it would have to sacrifice something, right? The tone? The giant scope? The philosophical underbelly? A compelling story? As it turns out, the sequel lives up to its predecessor in all these ways, managing to be a fantastic follow-up, as well as a fully engaging, impossibly gorgeous standalone entity.

That’s not to say it’s a perfect movie–far from it. But some of its biggest pitfalls manage to work as strengths. Like the fact that it takes itself very seriously. This movie would definitely scoff at the word “movie.” It exists as art, as an experience. Which almost serves to excuse its excessive 164-minute runtime. Almost. I know it feels like every movie is too long these days but wow is this movie too long. The original Blade Runner comes in under two hours, in no way undercutting its epicness. If the sequel had taken a cue from that brevity, it would have been next-level. As is, it’s a gorgeous piece of art, if one that you might never feel the need to watch a second time.

It’s hard to understate just how beautiful this movie is.  Directed by Denis Villeneuve (Arrival) and with cinematography by 13-time Oscar nominee Roger Deakins, every shot is breathtaking. I didn’t even see it in IMAX and I was overwhelmed. The movie may be pretentious, but it earned the right to be.

Deakins and Villeneuve recreated the Earth of the original Blade Runner, but it is very much something new, something all their own. Where the original was deeply rooted in noir, the sequel maintains those roots, but there’s no competing with a source that set the standard for its genre. Instead, they managed to establish a convincingly natural passage of time, updating the world without turning it glossy. Throw in an intense Hans Zimmer and Benjamin Wallfisch score and you’ve got enough fully fleshed out cyberpunk loneliness to make your heart hurt.

As for what Blade Runner 2049’s  actually about, it’s hard to say anything about even its basic plot without revealing what could be considered major spoilers. Even for those “spoilers” that occur very early on in the film, this movie is so much of an *experience* that I don’t want to risk ruining any of it. But the movie deals in ideas as much as it does in plot, maybe moreso. These are familiar themes and questions–what is true artificial intelligence? What is it to have humanity, and a soul? Can androids really be more human than humans?

These are the same questions at the center of the original, and given the bare-bones synopsis of Ryan Gosling as a new blade runner hunting Harrison Ford’s Deckard, no one would blame you for assuming this ends up being derivative. But that summary doesn’t do the movie any kind of justice, and neither do the shooty-explody trailers we’ve seen. 2049 gives its predecessor major competition in the philosophical quandary department. Much of that is due to Ryan Gosling’s perfect casting. He already had a long-established reputation for nailing the silent torturous self-exploration type, but to me, this role, as K, blew away all the others.

Again, it’s impossible to talk about specifics, but I will say that while K is working through many of the same questions introduced in the original–the same questions at the heart of Westworld or Ex-Machina or any brilliant examination of artificial intelligence–2049‘s exploration hit me in a visceral way, not necessarily harder but definitely different from Blade Runner. If Villeneuve was really committed to his unnecessary runtime, at least he gave us two hours and 43 minutes of Ryan Gosling exploring the concept of humanity. We could do a lot worse than that.

The rest of the cast is equally perfect. (Save for reading that Villeneuve wanted David Bowie for Jared Leto’s role. I can’t stop thinking about how glorious that would have been.) Robin Wright, as K’s boss in the LAPD, is continuing her streak of playing boss-ass bitches. Ana de Armas and Halt and Catch Fire’s Mackenzie Davis were so fantastically engaging, I didn’t even mind that their characters (along with Wright’s eventually, actually) were all limited to sexual and romantic catalysts. And it takes a lot to get me to ignore that sort of thing.

That’s also the benefit, I suppose, of creating a beautiful movie that doesn’t necessarily inspire a re-watch. I loved watching it, I’ll  remember it as a solid piece of visual and philosophical art, and eventually, its faults will leave my memory entirely.