Where My Girls At? Teen Dramas Need to Do Better With Black Female Characters 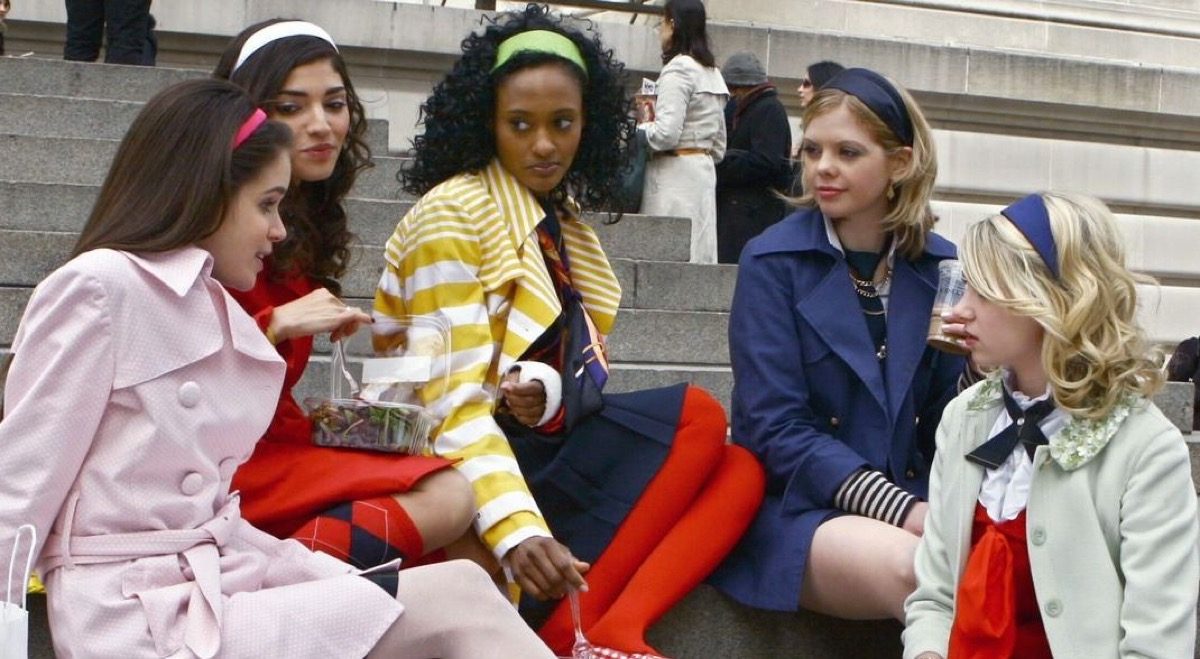 The other day, after I binge-watched my all-time favorite television show, One Tree Hill, for the 20th time, something hit me. Out of the nine seasons and 187 episodes, there was only one episode where a Black woman was present—only one. This made me begin to reexamine all of the teen dramas that I have watched over the course my life, realizing that they all have the same pattern of leaving Black women out. They are invisible and underrepresented in this massive genre.

When teen dramas started to rise in the early 1990s, and the success of Beverly Hills 90210 began to blossom, television producers and writers turned their focus toward providing a space for a previously ignored demographic. Beforehand, teens didn’t really have their own shows, where the plots and storylines focused solely on them. Instead, they were usually minor characters in sitcoms, while the adults were the main focal point.

With television producers and writers providing a platform and zoning in on issues teenagers face, such as peer pressure, drugs, sexual identity, and more, it sparked conversations that needed to be had, not only amongst adolescents and their friends, but also within family households.

While the platform for teen dramas continues to thrive almost thirty years later, television producers and writers still miss the mark when it comes to representing the lives of young Black women. For some reason, they neglect to give young Black women depth, full storylines, and a voice in teen dramas.

For example, in Beverly Hills 90210 and its reboot series, teenage Black women were non-existent. In many ways, this projected to viewers that young Black women and their families weren’t good enough to live in the wealthiest part of Southern California, and that the high school just didn’t allow Black people to attend.

This same notion could be seen in The OC, as barely any Black women were present. Even after Vanessa Abraham’s character in Gossip Girl (Jessica Szohr) became a series regular, Tika Sumpter had a recurring role in season four as Raina Thorpe, and Nicole Fiscella’s time as Isabel Coates—one of the only Black teenagers to be a part of the show’s wealthy Upper East Side, pictured above—audiences still didn’t learn much about them, nor were we able to have a clear view of their lives, unlike other characters.

Another teen drama that failed to represent Black women is The Secret Life of the American Teenager. The series, which premiered on ABC Family in 2013, followed the lives of a group of high school students as they overcame teen pregnancy, mental health, death, and more. The problem is that the only Black female character on the show, Lauren Treacy (Camille Winbush) is never shown having to endure any of the obstacles and struggles her White counterparts endure, nor truly experiencing what it was like being the minority at a predominately White high school. 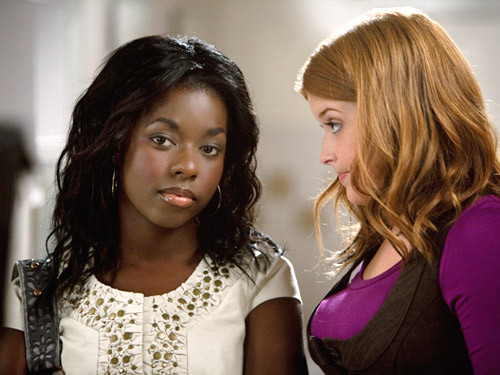 Viewers were never given insight on Lauren’s family dynamic, journey as a woman, or just her day-to-day hardships. Instead, the showrunner and writers of The Secret Life of the American Teenager spent five seasons focusing on the White characters and their troubles, because apparently young Black women don’t suffer through anything in high school and are not included in the “American Teenager” category.

The negligence in not bringing teenage Black women to the forefront of teen dramas continues to be an issue in television today, most recently in The CW’s newcomer, Riverdale. The series, which premiered in 2017, is based on the Archie Comics and their infamous characters. In spite of all the characters being White in the comics, the producers of Riverdale took a different approach and decided to cast a Black woman, Ashleigh Murray, to play Josie, the lead singer of Josie and the Pussycats.

Despite Josie having a significant role in the Archie Comics, her character in Riverdale is barely given airtime. Her mother, Mayor McCoy (Robin Givens); father; and members of the Pussycat Dolls are seemingly seen as the only Black people in town when they are onscreen. We hardly see what Josie has to endure as a young Black teenager in today’s society.

Viewers don’t know anything about her, making it difficult to empathize or look up to her in the way audiences can with her White counterparts. Rather than giving Josie a storyline for viewers who look like and are the same age as her to see themselves reflected on television, the show continues to put her on the back burner, not giving her a platform, just like The Secret Life of the American Teenager. This only conveys to audiences that Black women are not allowed to be seen in the same space as their White counterparts.

Not only do other shows, such as Degrassi: Next Class, Famous in Love, Stranger Things, Pretty Little Liars, Shadowhunters, and more, still similarly miss the mark on giving young Black women a story and a voice, or completely dismissed them from the series as a whole, but when they are present, Black women are still placed in conventional and stereotypical roles. 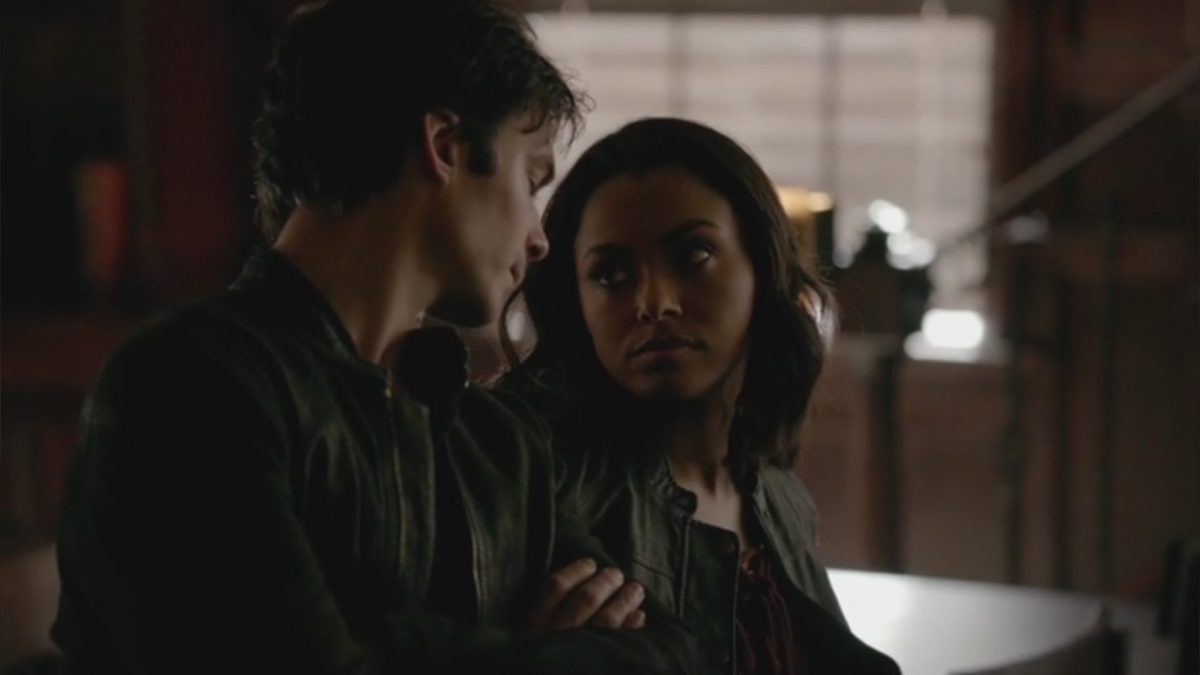 Bonnie Bennett in The Vampire Diaries (image: The CW)

Case in point: Bonnie Bennett, portrayed by Kat Graham in The Vampire Diaries, is the typical caricature of a “mammy.” The entire time the series was on the air, Bonnie was there to serve her White friends and be their confidant. She does not have a real story of her own. When Bonnie’s story is explored, it ends in loss, or her sacrificing something for the safety of her White friends. It’s almost as if the showrunners and writers believed that Bonnie needed to be portrayed as the “magical negro,” the voice of reason for those around her, because it’s the only way a Black woman can be truly accepted on television.

With all the services providing alternative TV content options today, such as Hulu and Netflix, there should not be any reason why television producers and writers are not showing viewers, specifically young Black women, that people like them go through the same troubles. They too have stories that need to be told. It’s time for Black women to have a place in teen dramas.

Dominique S. Johnson is a freelance writer with an MFA in Writing from Greensboro, NC and a proud HBCU grad from the illustrious Winston-Salem State University. She plans to pursue a career as a fiction writer. She’s a band geek, honored member of Tau Beta Sigma National Honorary Band Sorority, sneakerhead, unapologetically Black, and is all about being her authentic self, even if it makes other people uncomfortable.