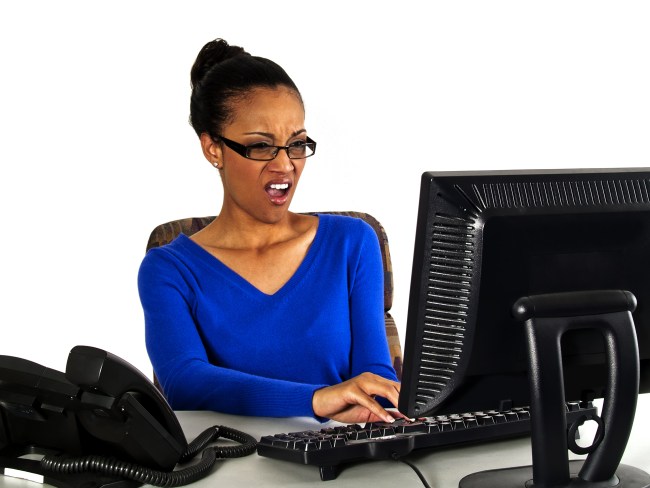 As we reported last week, Facebook released information regarding the company’s “efforts” to diversify their workforce. “Efforts” is in quotes, because based on the information they themselves provided, it seems like they’re not doing very much, especially when they’re so quick to dismiss any shortcomings as a “pipeline” problem in tech education (i.e., not enough women/people of color have access to computer science educations). Now, black women in tech are speaking out about exactly why this excuse is a crock of crap.

First of all, according to USA Today, “top universities turn out black and [Latinx] computer science and computer engineering graduates at twice the rate that leading technology companies hire them.” Obviously we want more women and people of color to have access to computer science educations… but you’d think that if the education “pipeline” were such a concern, Silicon Valley would be snatching up all the talented, educated people of color that graduate, not leaving half of them jobless.

So, if it’s not a matter of education and access, what is it? *cough*racism*cough*

In a searing blog post, Dartmouth College undergrad and iOS developer Kaya Thomas talked about the arbitrary, ambiguous concept of “culture fit,” which is often used — consciously or not — to justify discrimination based on race, culture, or gender. She writes:

Most of tech recruiting is currently not built to look for great talent. I’m not interested in ping-pong, beer, or whatever other gimmick used to attract new grads. The fact that I don’t like those things shouldn’t mean I’m not a “culture fit”. I don’t want to work in tech to fool around, I want to create amazing things and learn from other smart people. That is the culture fit you should be looking for.

When people talk about things like “unconscious bias,” this is the kind of thing they’re referring to. This entire decision-making process seems to be based on nothing substantial, and entirely on whether or not you look or act like you could work there. So, people often dismiss people out of hand based on how they speak, what their hair looks like, how they dress (and yes, what skin color they have), rather than going talent-first. And this is all seen as totally okay. Because after all, don’t you want to create a harmonious work environment? Shouldn’t that work environment be made up of people who are all “on the same page?” I think we need to reevaluate what page that is exactly. We should probably be going deeper into the book. (Plus, many studies have shown that diverse workplaces lead to better results.)

In an interview with Forbes, angel investor Kathryn Finney talked about the fact that even though black women are the fastest growing group of entrepreneurs in the United States, they’ve received only 0.2% of all venture funding in the past five years. This is why she started Digital Undivided, an accelerator program for start-ups led by black and Latina women that prepares them, then pairs them, with investors and mentors.

In a separate Forbes interview, Finney talks about wanting Silicon Valley to actually put their money where their mouths are, rather than doing “just enough” to look good.

Finney says,”They’ll give money to a coding program for kids, but just enough to show they kind of care. The challenge for tech is this: black people are your customers. If you don’t figure this out, you’re going to have a big problem.” The coding program to which she refers is Code.org, to which Facebook has pledged $15 Million to get more marginalized people into that “pipeline.” Then Finney, too, brings up the “culture fit” problem, which she views as incredibly out-of-touch, culturally insensitive, and as a “Keep Out” sign to anyone who doesn’t fit the tech profile:

“[When bringing up ‘culture fit’] What they’re really saying is, there aren’t enough black and [Latinx] graduates who fit in.

For us, there are things we value that aren’t valued by these companies. Sundays are not days to hang out. For some of us those are family days, or days we go to church. There’ll be these emails saying to meet in the park for Ultimate Frisbee at 1pm on a Sunday. The implication is, ‘you should be free.’”

The more we can quantify what actually is happening in tech, versus what corporate mouthpieces say is happening in tech, the easier it is to see that the problems that need solving are within a company’s ethos. Silicon Valley seems really concerned with its employees being a ‘culture fit,’ when what they should be worrying about is themselves being a ‘culture fit’ with the rest of the United States. You don’t innovate in a bubble, Tech Industry. Why do you hire in one?