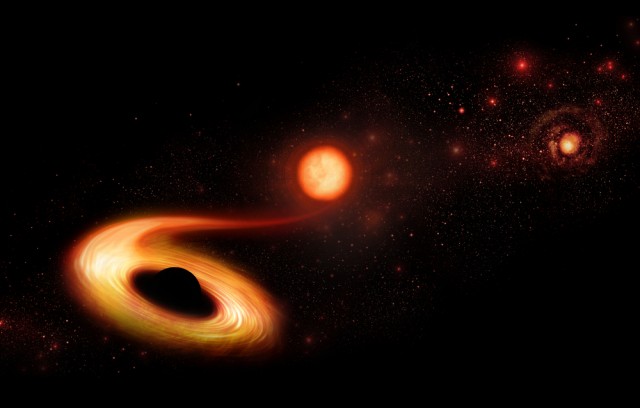 The visual effects in Interstellar were pretty good. The movie really made you notice a few things: the eternal darkness of space, the isolation of an airless environment, and everyone’s favorite, the terrifying warping of stars and light by black holes. But just how good were the effects? As it turns out, good enough for scientists.

The visual effects crew Interstellar published a scientific study for the code that they used, called Double Negative Gravitational Render (DNGR). Oliver James, chief scientist at England-based special effects firm Double Negative, and his team used it to map out how millions of light beams would warp around a black hole.

Older visual effects methods for rendering a CGI black hole just weren’t cutting it with their inaccurate flickering effects, so James’s team devised something so accurate that even scientists have taken notice.

The crew also used DNGR to make wormholes (there’s a big one in the movie). The coding is so smooth that scientists are using it to study the way space gets wonky around a black hole. Kip Thorne, an astrophysicist, was an advisor and executive producer for the film, and his involvement clearly paid off.