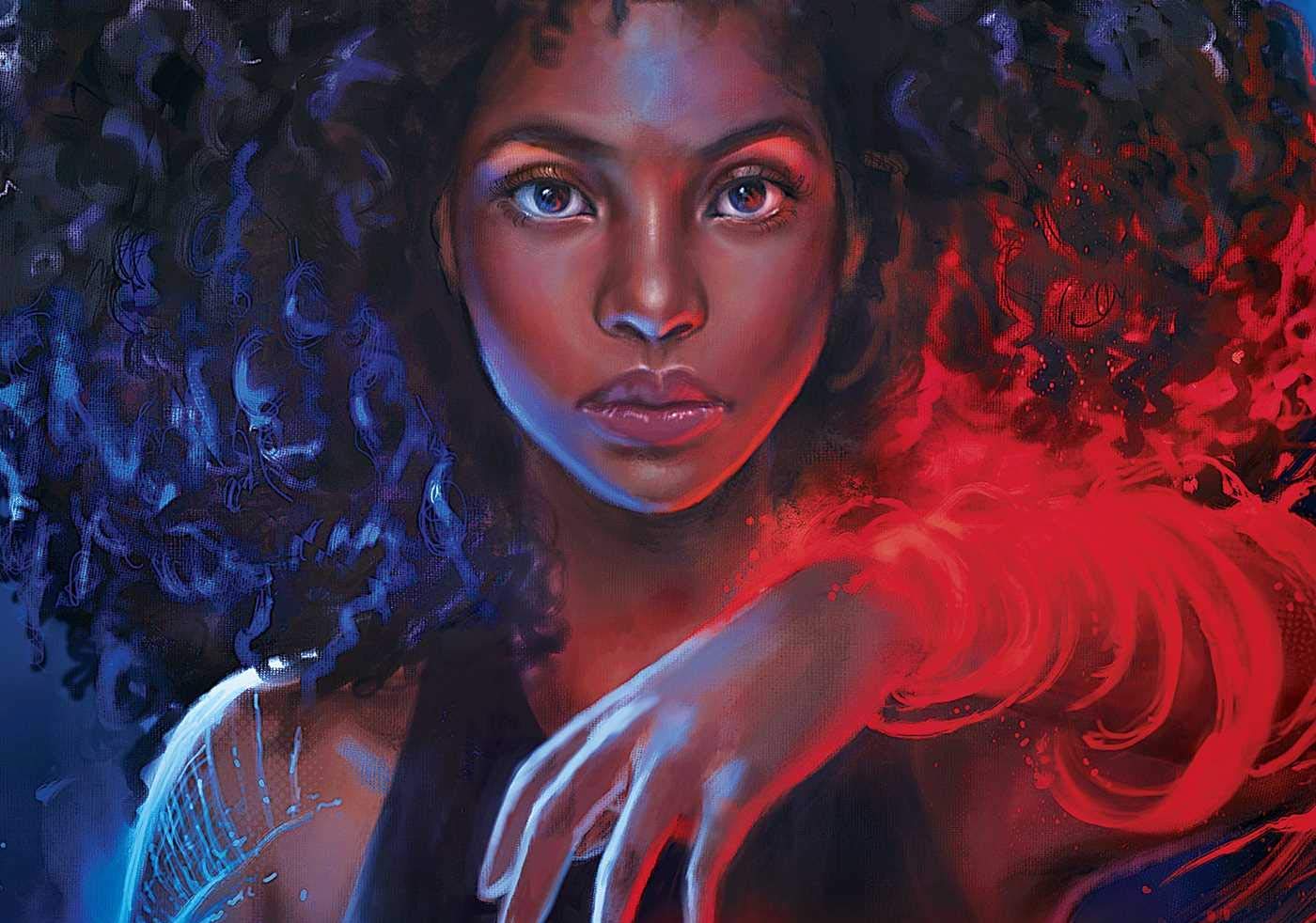 Needless to say, witchcraft is having a Moment™. Between baby TikTok witches hexing the Moon, shows like Motherland: Fort Salem and The Chilling Adventures of Sabrina, and entire covens standing in solidarity with BLM and protestors to put a pox on White Supremacy, it seems everybody is neck deep in all things spooky and magickal.

But what about Black witches? It hasn’t been since 1996’s The Craft that we got to see a Black witch front and center in a story, instead of being relegated to a side character. Luckily, with the prominence of all these new shows coming to the forefront, as well as increased efforts to build authentic diversity and inclusivity, the tides are changing for the better with the type of characters—and the type of witches—we’re beginning to see in pop culture and media. For those hungry to dive into new worlds and new spins on this popular genre, check out these 10 books that truly embody Black Girl Magic!

1. The Year of the Witching by Alexis Henderson: 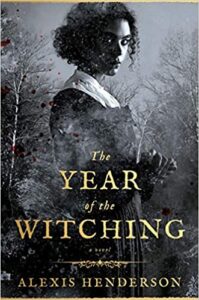 A chilling but powerful novel that uncovers a new version of the Puritan society often at the forefront of these tales, The Year of the Witching dives into witchcraft at its rawest, ugliest, and most mysterious form, weaving together a tale of feminism, empowerment, and what it means to be a young Black woman in a corrupted world of tainted religion. One of the strongest debuts I’ve read in recent times, and perfect for fans of Stephen King! 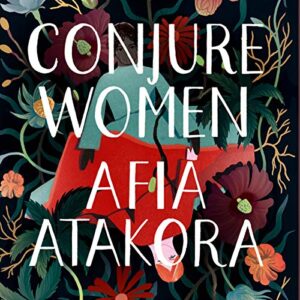 An absolutely haunting, immersive, and devastating read with some of the richest prose I’ve come across in a while. A story about womanhood and the complicated threads that weave it together across race and identity in the Antebellum South. Drawing upon the real-life history of Conjure Women, as well as the painful history of slavery and the plight of Black femininity, Conjure Women is a powerful and important read that gives a very raw but memorable take on magic, and all the consequences and responsibilities it bares. 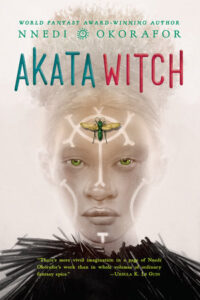 For fans of J.K. Rowling (or for those craving a new, more inclusive series with a less problematic author), Nnedi Okorafor’s Akata Witch has magic and the beauty of Nigerian culture steeped in every word. With a plot that’s full of adventure and friendship, and a refreshing take on a familiar magic system, Akata Witch is a book that’s sure to become a beloved favorite in your reading list! 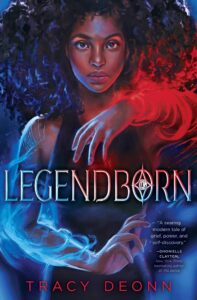 A fantastical read full of Southern charm and magic that truly ignites the imagination, Legendborn cleverly subverts beloved fantasy tropes (most notably, the King Arthur/Merlin mythos!) into a riveting tale full of intrigue and adventure that is sure to stick with you long after you’ve read it. If you want a refreshing, no-nonsense heroine who truly embodies #BlackGirlMagic, Bree Matthews is sure to become a new fan-favorite! 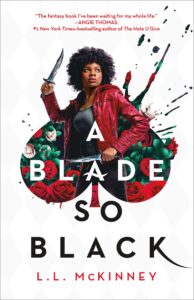 Fans of Cassandra Clare will find a new obsession in this fun and fast-paced fantasy that beautifully reimagines a dark and seductive Wonderland that would give Lewis Carroll’s Alice a run for her money. In this world, Alice is a Black teen juggling the responsibilities of mundane life and magical mayhem as a sworn protector of her Earthly realm. But when the darkness she’s fought to keep at bay begins to bleed into her everyday life, she’s forced to confront the limits of her own power, and the corrupted magic that hungers for it. 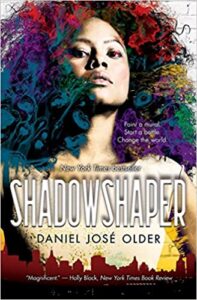 Brooklyn is given a ghostly makeover in this incredible YA fantasy novel that beautifully blends Caribbean mythology with high-powered magic systems to present a plot that’s unlike anything I’ve read before. Shadowshaper explores important questions about ancestral power and how it’s shaped across magic, culture, and colonialism in all its evolving manifestations—a riveting read that will leave you hungering for more!

7. The Belles by Dhonielle Clayton: 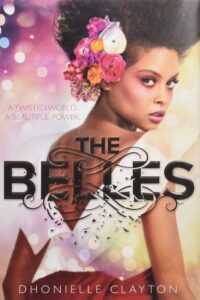 Steeped in a Cajun-sinpired world that pays beautiful homage to New Orleans, The Belles explores the powerful ways in which beauty is used as a potent vehicle for some of the most transformative magic—and some of the cruelest oppression. A strong female-driven tale which immerses you in a dazzling new world that mirrors the darkest parts of our own.

8. Kingdom of Souls by Rena Barron: 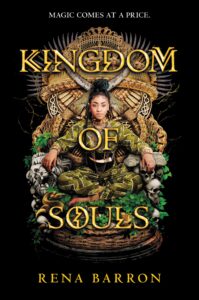 Witchcraft is stripped down to its original roots in this mesmerizing tale of sorcery and blood oaths. Powerful magic has pulsed through Arrah’s family of Witchdoctors for generations—but when Arrah fails to manifest her own magic, she makes a grave bargain that ends up threatening not only her own life, but the fate of the entire world. A page-turning read that’s perfect for fans of Sabaa Tahir and George R. R. Martin!

9. Parable of the Sower by Octavia Butler: 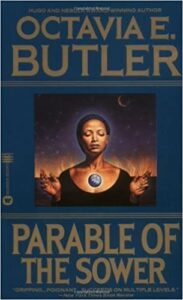 By one of the most talented pioneers of speculative fiction, Octavia Butler’s Parable of the Sower is a deep, introspective look at a future that has chillingly begun to resemble our present. Exploring themes of climate change, capitalism, and the pain of hidden magic, Butler spins a compelling tale of a woman who learns to counter her wounds and step into her own power through her gifts of hyper-empathy. As with all of Butler’s books, Parable of the Sower is an instant classic that should be a mainstay on bookshelves everywhere.

10. Children of Blood and Bone by Tomi Adeyemi: 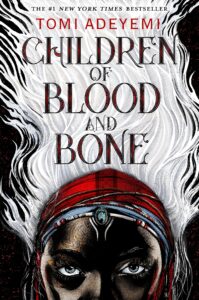 What if Avatar: The Last Airbender had a baby with Black Panther? You’d get Children of Blood and Bone: a blockbuster knockout of a novel that soared to acclaim in 2018 for very good reason. Tomi Adeyemi introduces readers to a refreshing new world of magic and fantasy full of intrigue, adventure, and a plot that keeps you on your toes and craving more. The titular protagonist, Zélie, introduces a new type of heroine as she comes of age in a world of oppression, while reigniting her own hidden, powerful magic. A novel that is sure to stick with you long after you’ve read it!