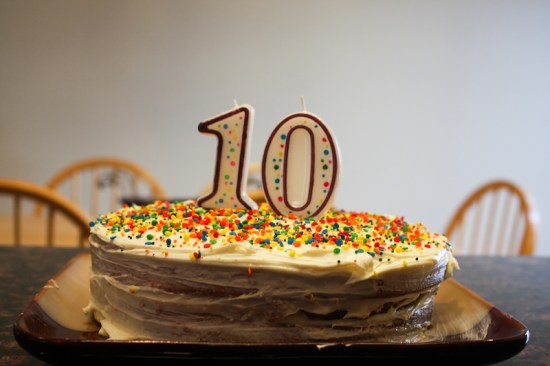 In 2002, Bram Cohen posted the first functional version of BitTorrent to a message board, laying the ground work for the workhorse of file transfers that we know and love today. According to an interview with TorrentFreak, that post received one response. Hardly an auspicious start. But the world quickly recognized the potential of a system that could easily move large files over the Internet and take advantage of users’ mostly unused up-stream traffic.

Cast your mind back, if you will, to a time before BitTorrent. A time when it actually made sense to burn large files to CD and mail them across the country. A time where high-quality audio or video files were simply not practical since no one could download them in a reasonable amount of time.  Those were dark days.

So today, raise a glass to BitTorrent! The system that let you download a movie before it was in theaters, brought you the entire discography of an artist, let you update WoW with breathtaking speed, and helped you build a collection of lossless recordings of Phish concerts. Happy Birthday!