Bikini Kill, the Band at the Forefront of the Riot Grrrl Movement, to Release New Music This Fall 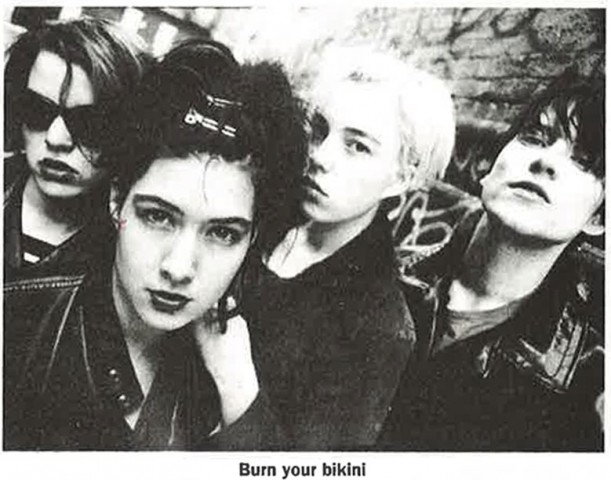 If you were old enough to be enjoying music without parental involvement in the 1990s, you may have been down with the Riot Grrl movement – a collective of young feminists who played punk rock, created zines, and protested sexism and homophobia by DIY (or DIT – Do It Together) means. Bikini Kill is the band generally credited with starting the movement – or at least channeling all that 90s feminist energy – and they seem to be back when we need them most.

Bikini Kill are Kathleen Hanna, Tobi Vail, Billy Karren (a.k.a. Billy Boredom), and Kathi Wilcox, and though the band broke up in 1997, they are re-releasing their 1991 demo, complete with three unreleased tracks, on formats other than cassette tape (!!) for the first time ever. What’s more, former BK drummer Vail posted this never-before-internetted Super8 short film on YouTube yesterday that the band made back in the day. The footage is from a student film they made. (Of course it is.) Check it out below!

You can pre-order the re-release at their website now, though it’s set to drop September 22nd! And if that’s not enough to get your punk feminist juices flowing, you can start getting excited about the upcoming feature-length documentary GRRRL, by filmmakers Vega Darling and Angie Young, which chronicles the history and the impact of the Riot Grrrl movement, and is due to be released in 2016. Check out an excerpt from GRRRL below!

In an age when it feels like the most feminist music being made right now is either struggling to find a fan base in a digital landscape rife with too many choices, or else watered down by the pop music establishment, it’s good to see Bikini Kill again, if only to remind us that there is another way, and it can be earnest, unapologetic, global, and fantastic.