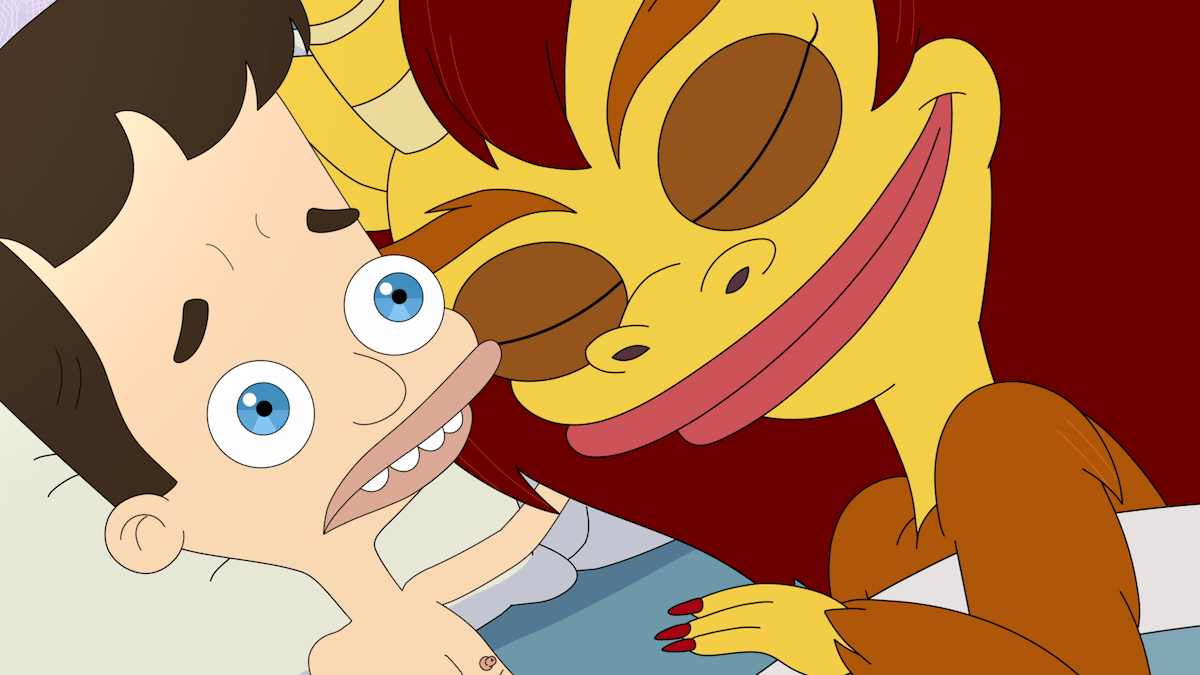 If Big Mouth was going to do any sort of holiday special, there’s really no better fit than Valentine’s Day. This show is all about those incredibly awkward middle school memories of fumbling through our own developing senses of romance, sexuality, and self-identity. Everything is new and scary and so uncomfortable, with high expectations and devastating realities. All of that is also Valentine’s Day in a nutshell.

My Furry Valentine is a double-length episode of Big Mouth, taking up where season two ended. Jessi is still dealing with her depression and her strained relationship with her mother. Andrew still has absolutely no idea how to express his feelings for Missy without coming off like an aggressive, delusional little d-bag. Nick is trying to navigate his relationship with his overly loving parents while also figuring out what it means to have a female hormone monster. And Jay is delving even deeper into his exploration of his sexuality via various pillows.

The episode–which also has When Harry Met Sally-inspired talking head sessions with the kids and their Hormone Monsters & Monstresses interspersed throughout–is divided between all these storylines. But the most compelling subplot–and the one that’s peak Big Mouth’s trademark mix of heartwarming optimism and soul-crushing bleakness–is Matthew’s.

As the only openly gay kid in school and also a contender for the title of Snarkiest Person in Existence, the only viable option for the day is to band together with Jessi to celebrate/mock the “anti-all-of-it” all.

Past episodes have looked at Matthew’s feelings of alienation and how they’ve led to his ultra-developed snarky defense mechanisms. Watching him bond (and sing!) with Jessi, meet his first ever other gay boy out in the wild, and tell the story of his sexual awakening (and subsequent meeting of his Hormone Monster) is the Valentine’s story we deserve. When Morty tells us he “likes [Matthew] more than the others,” it might be hard not to agree.

Valentine’s Day is supposed to be about celebrating love, but for so many people, it can make you feel more alone. The expectations for the day can be so high, that whether you’re romantically involved with someone or not, the whole day can feel like an uphill battle.

But what Big Mouth always reminds us is that while love and sex are messy as hell, there’s also a lifelong learning curve to these things, and there are a lot of good bits we can stumble into, even if accidentally. We’re always still getting to know ourselves by manifesting that self-discovery in the form of hormone monsters, it makes it clear that we’re not really alone on that journey, because we have ourselves.