Betty Cooper Takes on the Gargoyle King, More on Riverdale | The Mary Sue

Betty Cooper has to save the entire town, and what else is new? 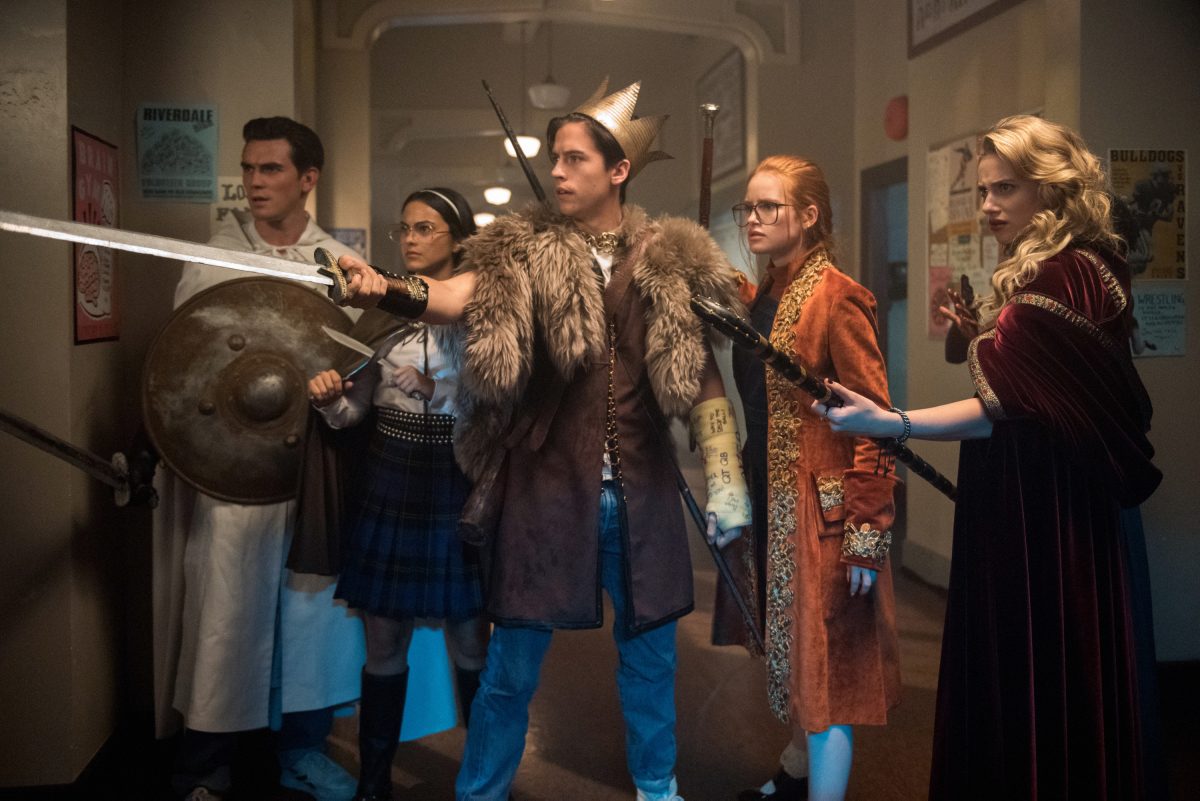 Betty Cooper is currently working by herself to take down the Gargoyle King, and honestly, what a very typical Riverdale twist. In this week’s episode, Betty won’t let the stuff about Gryphons and Gargoyles go and, so it results in the Gargoyle King breaking into her house, and then Alice Cooper deciding that the best thing for Betty is to put her into Riverdale’s messed up convent that tried to use conversion therapy on Cheryl Blossom.

The Sisters of Quiet Mercy took in Polly and Alice when they were pregnant, and then took Cheryl when her mother wanted her to be “fixed.” So obviously, the smartest place to send Betty to keep her safe from the Gargoyle King? A place that has all the women there drawing pictures of him. (Yeah, that’s going to be an interesting turn of events.)

If this sort of thing had happened at another time, Betty likely wouldn’t be there for long, because Jughead or Veronica would probably realize she was missing and go find her. So why won’t that happen? Oh, that’s right, Jughead is on a Stand By Me adventure with Archie Andrews, while Veronica is crying because Archie abandoned her, despite her working hard to get him exonerated of his fake crimes.

Why? Because Archie realized that he’s always going to be the kid who went to juvenile detention, so he needed to leave town. While that’s fun and fine, Archie is 16 years old and didn’t even say goodbye to his father, so what exactly is his endgame here? Not to mention that Jughead went with him while his girlfriend is trapped in a convent—because that’s Riverdale.

Then again, when isn’t everything on Betty’s shoulders? If not for Betty and Veronica, this town would be in disarray time and time again. Sure, Archie and Jughead help, but it’s the girls’ burden. Now though, Betty is the only one who seems to know what’s going on. Veronica was concerned about getting Archie out of prison, and who knows if she even will figure out where Betty is.

But with the other girls at the Sisters of Quiet Mercy clearly dedicated to the Gargoyle King, what is Betty going to have to do to get out of this situation and rise above everything happening in the town? Maybe Kevin Keller will be the only one out there to realize that Betty needs their help because, otherwise, can we give Betty a fun storyline next season? Just something light and fluffy so Betty doesn’t have to witness her father murder her friends or deal with a crazy game character by herself?