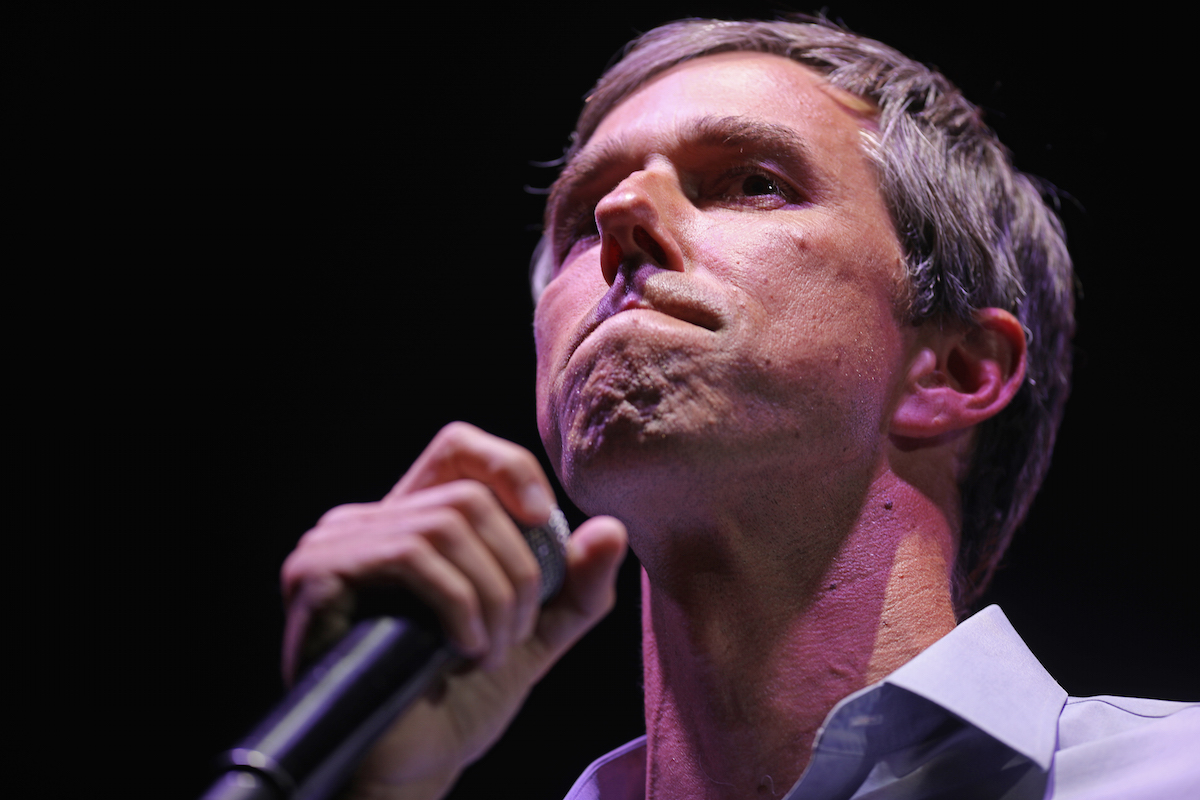 While Beto O’Rourke may have lost his Texas Senate race against anthropomorphized damp sock Ted Cruz, there’s a lot his campaign to be celebrated. He came closer to winning that seat than any Democrat in 40 years. Also, he was so successful in mobilizing voters that Democratic candidates swept nearly every judicial seat in Houston’s Harris County (the most populous county in the state) and flipped a number of other important state appellate courts, deeply changing the state’s judicial landscape.

So even though O’Rourke lost his own race, he inspired voters, and his impact has tangible, lasting effects. In his thank-you letter to supporters, emailed out Sunday evening, he made it clear one last time just what it was that people felt so connected to. (Or rather, last time for a while. I can’t imagine this will be the last we see of O’Rourke.)

O’Rourke’s email describes his life now. His wife and kids are watching a movie in the next room, and he reflects on being able to spend so much time with them over the last few days—going to their games, eating dinner at home, hiking, and seeing friends. It’s clear he’s genuinely happy, but he also misses being on the road, he says:

“Miss our team and the volunteers we’d see in every city, every town. Miss the energy and smiles and joy that I found all over Texas. Miss the purpose, the goal. Miss being part of something so much bigger than me or my life. Organized for a common cause and end. We were all together, really together. Never felt anything like that.”

“While there is loss, I also feel intense gratitude, waves of it every day,” he writes. “How was I so lucky to be part of something so amazing?”

Definitely go read the entire letter, which for now, as far as I can see, is only available outside of the email in the form of screenshots on Twitter. But this is my favorite part:

“The loss is bitter, and I don’t know that I’ve been able to fully understand it. I try not to ask what I could have done differently because I don’t know that there is an end to those questions or thoughts. There are a million different decisions I could have made, paths I could have taken, things I could have said or not said, said better or differently.  I did my best, everyone did. For our democracy to work, for us to be able to continue to work together, it’s important to be at peace with the outcome.

“But what remains is this: I’m the luckiest guy in the world to have had the chance to do this with you. To bring power and joy to politics. People instead of PACs. Communities instead of corporations. Polls and consultants left to the wind and hopefully to the past. To have the confidence to move with the courage of our convictions. To open our hearts to one another. To not allow our differences (of party, of geography, of race or anything else) to divide us. To not know how it would end but to know that we had to give it everything.”

He also manages to speak humbly while fully acknowledging how incredible his campaign was. (Mostly through his consistent use of “we.”)

“Future campaigns will be won, influenced by the one we built. Candidates will run who otherwise wouldn’t have. Some will take heart in knowing that you don’t have to accept PAC money, you don’t have to hire a pollster to know how you think or what you want to say. They will have seen in our campaign that there is real joy and power in being with people, all people. Republicans, Democrats, Independents. People who’ve never voted and never will. People who will vote for you, people who won’t. People who live in the forgotten neighborhoods of the biggest cities. People who live in small towns that no Senate candidate has been to in 70 years.”

The letter is an impossible mix of humanity and political inspiration, like pretty much everything O’Rourke has done to warrant his local support and national spotlight.

This email from @BetoORourke is one of the most human and inspiring things I have read in a long time. https://t.co/sYgRKaLyS6

O’Rourke didn’t use this letter to comment on speculation over his plans in 2020, but his language makes it pretty clear he’s open to the possibilities.

“Just know that I want to be part of the best way forward for this country—whatever way I can help in whatever form that takes. Know that I am honored to have run this campaign with you and that I want to continue to honor and be honest to what was powerful about it,” he writes. “For the time being, I am going to focus on being a better dad to our kids who have not had much of one for the last 22 months.”

“See you down the road,” the letter ends.