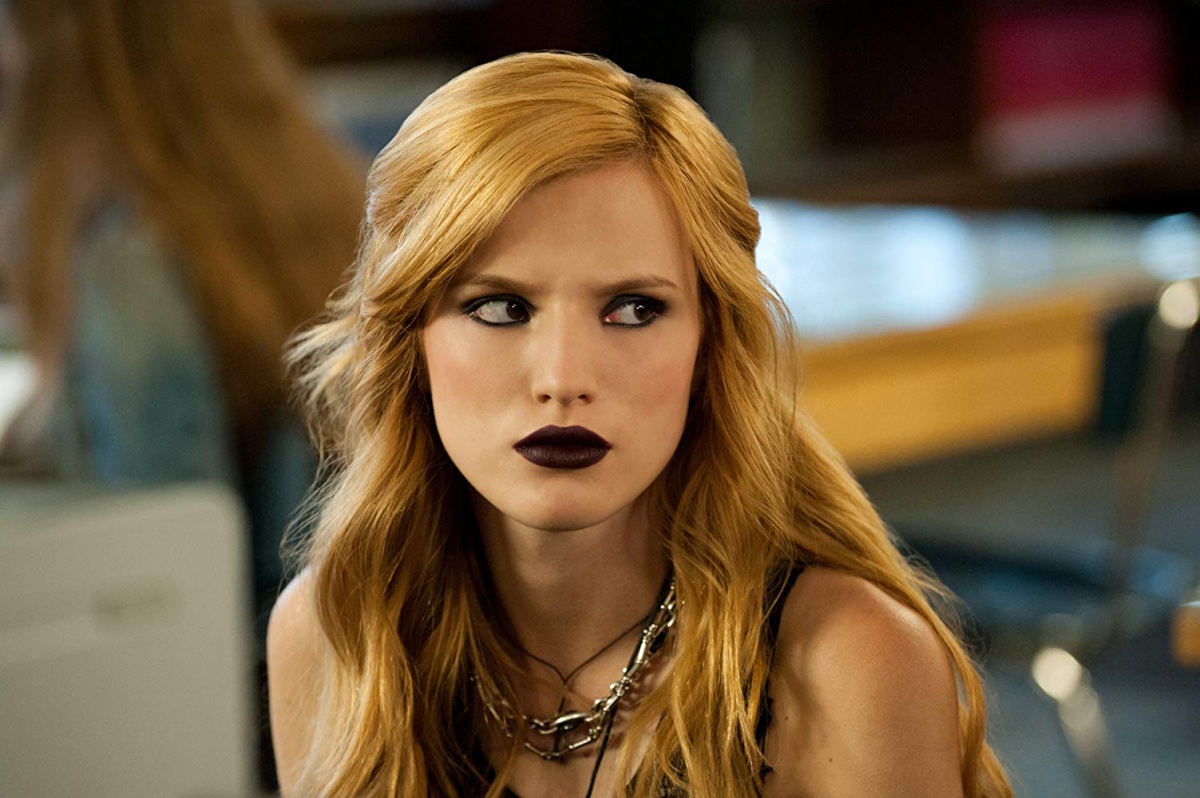 In the February edition of the Gay Times, actress Bella Thorne talked about how she noticed a general unwillingness to work with her since she came out as bisexual on Twitter back in 2016.

For those unfamiliar with Thorne, she’s a former child actress-model who has been in music, movies, and television for the past nine or so years. In August of 2016, her Snapchat showed her kissing another woman, and someone asked her on Twitter if she was bisexual. Thorne responded that she was indeed. Thorne has been upfront about her dyslexia, the child sexual abuse she experienced, and working at a young age to help support her family after her father died.

Thorne’s coming out in 2016, a period we can say should have been better about bisexuality and queerness in general, shouldn’t have been a game-changer, but for the young actress, she noticed people changing the way they treated her.

“There were a few places on the acting side that were very negative about it,” she said. “There was someone who, right after I came out, cancelled my audition. It’s not like anybody comes up to you and says, ‘Well, you’re gay, so I’m not going to hire you.’ But you can just tell by the way that people act differently around you, the way they treat you differently, the way that they look at you or the way that they tiptoe around certain subjects because they’re walking on eggshells. In this business, that behavior makes it all very obvious.”

This is not to say that Thorne has not worked—in 2017 she was the lead on the show Famous in Love, and has been in some pretty tepid teen movies like Midnight Sun and I Still See You, but that doesn’t erase that bisexuality is still something people have a hard time dealing with in some circles. Especially when Thorne is not just bisexual, but also in a polyamorous-type relationship with “rapper” Mod Sun and YouTube “personality” Tana Mongeau.

“I don’t think anybody will really understand the bonds that I share with Mod or Tana,” she said. “Yeah, we joke around about poly[amory], but we aren’t in the sense that we don’t put a word, a box or label too many things. It is what it is.”

Thorne has a mixed reputation, but that does not make her claims of biphobia invalid. Hollywood has a history of treating bisexual women who don’t fit into their boxed of acceptability as social pariahs until they fall in line: shaming them for their sexuality, their sexual openness and sex appeal (see Amber Heard, Angelina Jolie, Megan Fox) or they erase that part of their identity all together unless they are visible with a same-sex partner (Anna Paquin).

When you are openly queer, you are cut off from being the girl-next-door in mainstream films. People view everything through the lens of your label and it is much easier to be thrown under the bus when there is another excuse people can attach to why you shouldn’t be in a film, but your peers can.

I can already hear the echoes of “well she’s not talented” in the air and lemme just throw this out here. Okay, so she isn’t in your opinion “talented” yet how many basic, untalented, heterosexual actresses do you see get cast in things every day? Bella Thorne may not be everyone’s cup of tea, but that doesn’t mean biphobia, especially towards women with multiple partners, isn’t real.