A Titan of Black Feminist Theory, bell hooks, Has Passed Away at Age 69 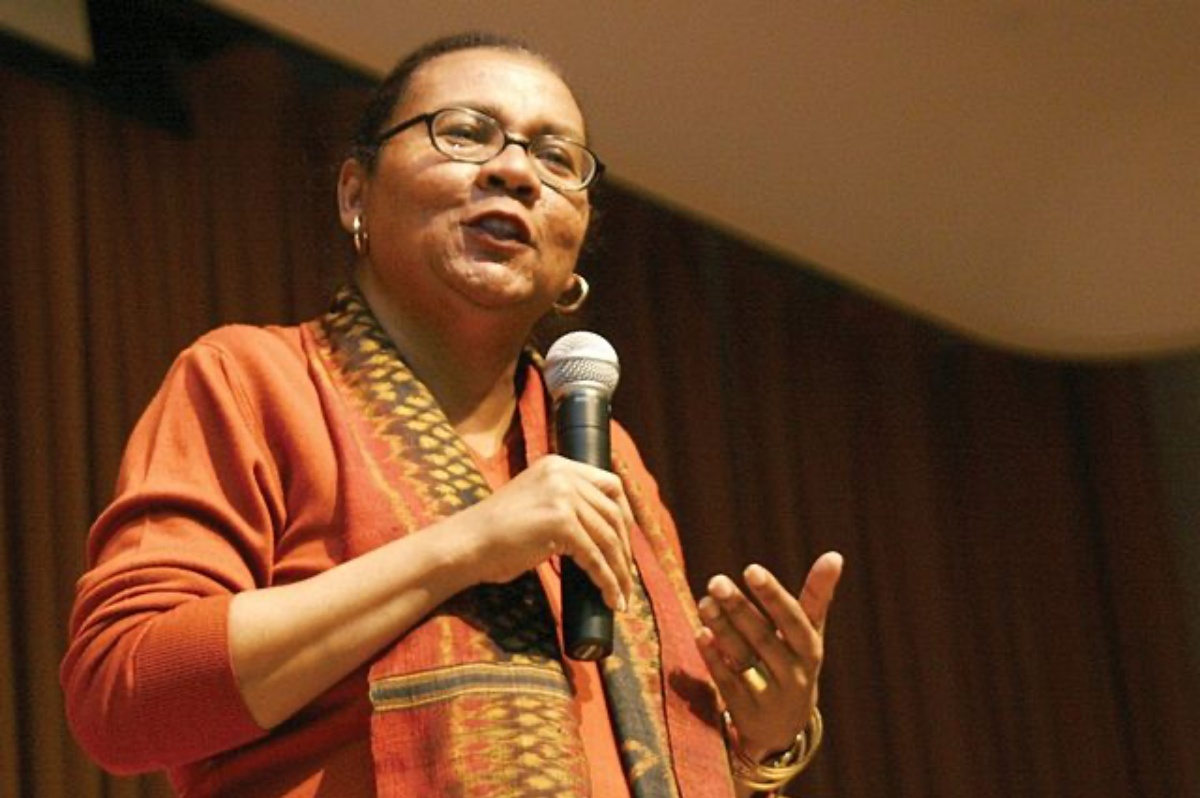 The family of @bellhooks is sad to announce the passing of our sister, aunt, great aunt and great great aunt. The author, professor, critic and feminist made her transition early this am from her home, surrounded by family and friends. 🖤

Feminist theory has lost a titan today. Born Gloria Jean Watkins, she “borrowed” the name bell hooks from her maternal great-grandmother, Bell Blair Hooks. Throughout her long career, she wrote over thirty books and laid the foundation of much that has been popular in mainstream feminist discourse today.

Of course, she was saying it 30 years prior.

hooks wrote Feminist Theory: From Margin to Center in 1984 to address the need for feminist theory that took into account gender, race, and class—that was not solely focused on the lives and experiences of middle-class white women. But she also felt comfortable calling out the failures of the movement to truly live up to itself:

Nowadays it has become so commonplace for individuals doing feminist work to evoke gender, race, and class, it is often forgotten that initially most feminist thinkers, many of whom were white and from privileged class backgrounds, were hostile to adopting this perspective. Radical/revolutionary feminist thinkers who wanted to talk about gender from a race-sex-class perspective were accused of being traitors, destroying the movement, shifting the focus. Often our work was ignored or ruthlessly critiqued, deemed not scholarly enough or too polemical.

Like many Black women academics, discovering bell hooks was, in many ways, a second awakening. Her words so often spoke truth to realities I had not even begun to see. Hers is a tragic loss for the community because she had so much to offer us. Yet, we can be grateful that we have such a wealth of her knowledge still there for us, and for those who will need it in the future.

I would not be who I am as a thinker without bell hooks, and I am forever grateful for her. She made feminist theory accessible, and we are better for it.

Berea College, the first college in the Southern United States to be coeducational and racially integrated, released a statement. hooks taught at Berea and dedicated her papers to the College:

In 2017, bell dedicated her papers to Berea College, ensuring that future generations of Bereans will know her work and the impact she had on the intersections of race, gender, place, class and sexuality. The following year, she was inducted into the Kentucky Writers Hall of Fame. Her selection elicited this tribute: “bell hooks is one of the most influential cultural critics of our time,” said Neil Chethik, executive director of the Carnegie Center for Literacy and Learning. “She has built a worldwide readership over 40 years with unique insights on such topics as love, race and power.”

It is fitting that she chose this resting place for her work as it is a school that is diverse, from her home state, and charges no tuition—all things in line with her own politics.