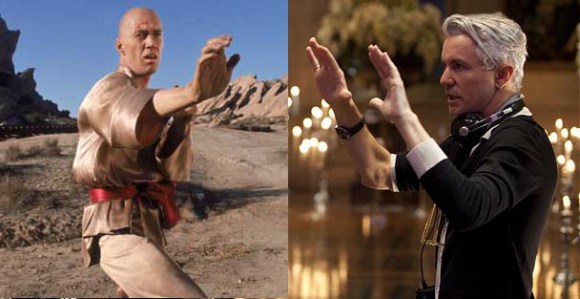 Yes, it’s true. The director of Romeo + Juliet, Moulin Rouge!, and The Great Gatsby is in talks to lead a big screen adaptation of the 1970s television series starring David Carradine, Kung Fu. I’m not sure my mind has fully processed this information yet.

The Hollywood Reporter writes, “The Australian filmmaker behind The Great Gatsby is in talks to direct Kung Fu, Legendary Pictures’ big-screen adaptation of the 1970s martial arts Western television show. It is unclear how far along the talks are. Legendary had no comment, but the company is beginning to ramp up its Chinese-centric projects again (Yimou Zhang is in talks to revive the company’s adventure movie The Great Wall) and Kung Fu has Chinese roots.”

This is the first I’ve heard of the project as a whole, which worries me in and of itself, but BAZ LUHRMANN?

“If a deal is made, Luhrmann would first do a rewrite on the script before proceeding. (The current script is by Black Swan scribe John McLaughlin.),” THR writes. “According to sources, the current script switches the action to China and finds Caine in search of his father — at one point ending up in a prison where he must fight to survive.”

“A prison where he must fight to survive” UGH, STOP!

So what bizarre mashup of genres or eras are we guessing will end up in Kung Fu if Luhrmann does take the job? Don’t get me started on who might star…