Another day, another film adaptation of a space epic to fret over. 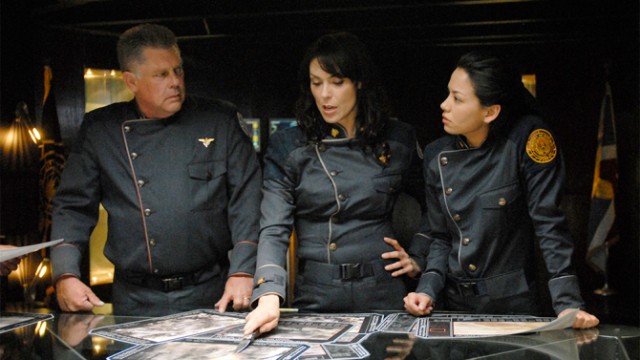 Variety is reporting that a movie addition to the Battlestar Galactica franchise  is “ramping up” and will offer “a complete reimagining of the story.” That complete reimagining will come courtesy of Jack Paglen, who has almost no previous body of work with which to reassure concerned BSG fans.

Paglen is the writer of Johnny Depp’s sci-fi thriller Transcendence, which opens on April 18th (Depp, hope you’re ready for extra scrutiny from the Battlestar crowd). He’s also signed on to write the  sequel for Ridley Scott’s Prometheus, so it’s clear that in spite of his apparent relative inexperience, Paglen has the trust of big names in sci-fi.

Glen Larson, creator of the original 1978 series, will be producing the silver-screen adaptation. As a “reimagining,” we assume that it will presumably not have anything to do with the much acclaimed 2003 TV series. Maybe that’s a good thing? That way if it’s terrible, we can totally ignore it in favor of a binge-watch on Netflix.

Of course, this is all assuming that the film is even happening in the first place; according to CNET, no one at Universal has confirmed this news, so there’s still a chance we’re all getting worried over nothing. We sure hope so. Don’t frak it up, Hollywood.

(via CNET,image via Battlestar Galactica)