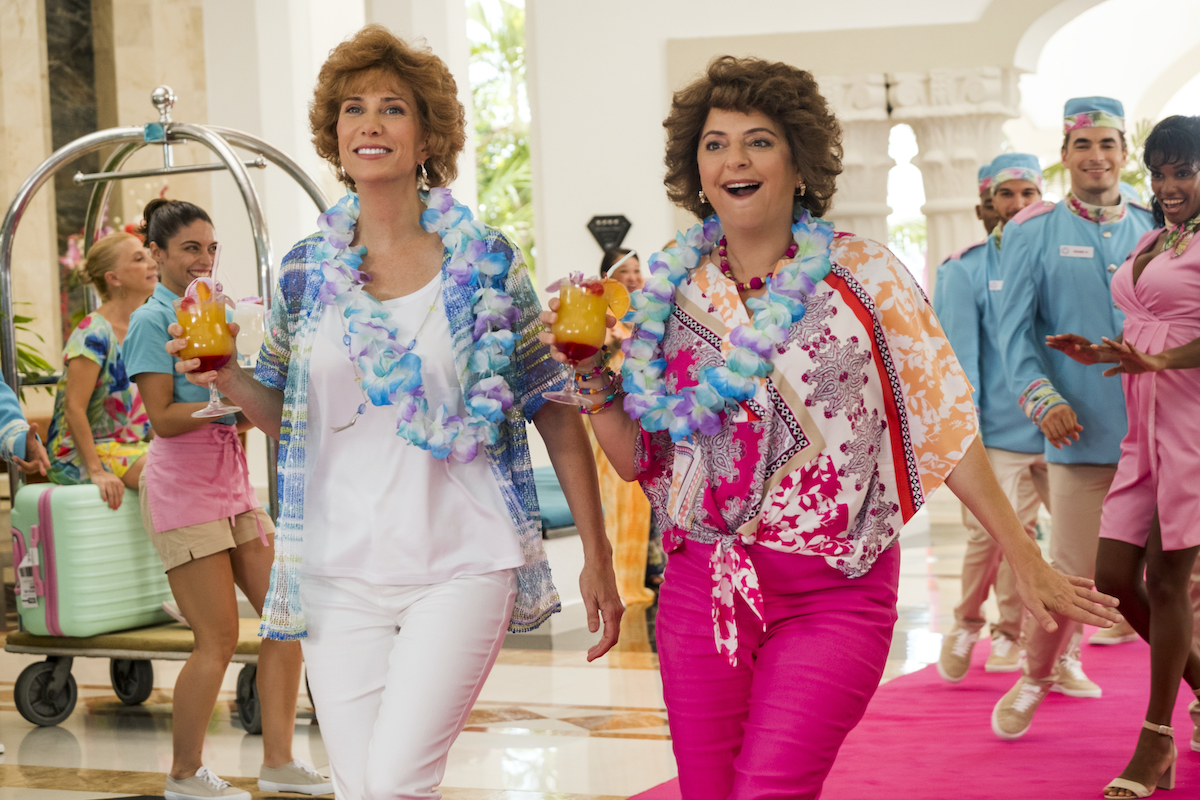 Barb and Star Go to Vista Del Mar (out today on Amazon Prime) is a hard movie to lock down because it’s so many different things at once. Or rather, it’s so many things one after another, nonstop, at a whiplash pace. The movie reunites Bridesmaids’ Kristen Wiig and Annie Mumolo as both writers and co-stars, though, with the exception of the focus on female friendship, the movies couldn’t be more different.

For the most part, Barb and Star Go to Vista Del Mar is exactly what the title tells us it is. After being laid off from their dream jobs at the local Jennifer’s Convertibles sofabed store, two middle-aged best friends decided to throw a little spice into their lives and take a trip to Florida. It’s a classic, wacky buddy vacation movie. It’s also a thoughtful exploration of how women’s views of friendship and of themselves can evolve in precarious ways as we get older. It’s also got a full subplot involving an evil arch-villain bent on human destruction. It’s a weird movie!

The trailer for the movie goes to great lengths to hide any more details than that (even going so far as to refuse to show the actresses’ faces), so that’s all I’ll say about the plot, but the tone of the movie is delightfully wacky. Imagine if Wine Country were made by the Lonely Island guys. That’s Barb and Star.

If that description makes you wonder who exactly this movie is for, I don’t know! I know I enjoyed it, but I definitely didn’t feel like I was the primary target audience. Although to be honest, I don’t know if there is one primary audience.

The film is incredibly quick-paced with mile-a-minute jokes, and it ping-pongs between different tones nonstop. In the end, there are good odds most viewers will vibe with maybe 70-80% of the movie, no matter their specific tastes. The straight-up vacation comedy scenes are a delight, but there’s also a ton of absurdist humor (there’s literally a talking crab for reasons still unknown to me), a romance subplot with Jamie Dornan gone full himbo, and again, a near-supervillain complete with evil lair.

This movie is a lot, meaning there’s a lot for everyone to enjoy. Even if you don’t connect with everything there, it’s a big swing, and we need more of those.