You’re More Likely To [X] Than Click On A Banner Ad, Maybe 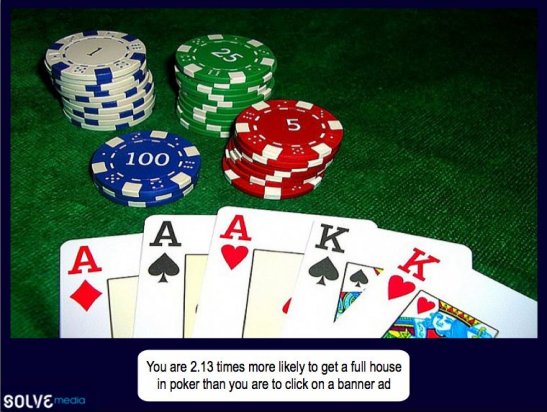 So, there are some interesting statistics floating around that are highlighting the fact that nobody clicks on banner ads anymore. Solve Media, a company that puts banner ads in those lovely CAPTCHA tests, has been collecting the data and compairing it against some relatively infrequent (and extremely rare) phenomena. Apparently, you are 2.13 times as likely to get a full house in poker, and 475.28 times more likely to survive a plane crash than you are to click on a banner ad. Amusing, no?

Of course, now that more and more Internet users are becoming acquainted with the Internet enough to know that banner ads are bad news, you can only expect that banner click-throughs are dropping off like crazy. And while these statistics seem to be showing that in an interesting manner, there’s something about them that doesn’t quite feel right. It has been a while since I took statistics and even longer since I paid a lick of attention to statistics, but some of these odd ratios strike me as vague and lacking in context, so I wouldn’t bet on them (ha!). Whatever the case, I’m completely in favor of not clicking on banner ads anymore. Unless they’re the ones that let you punch a monkey or something. Those can stick around. 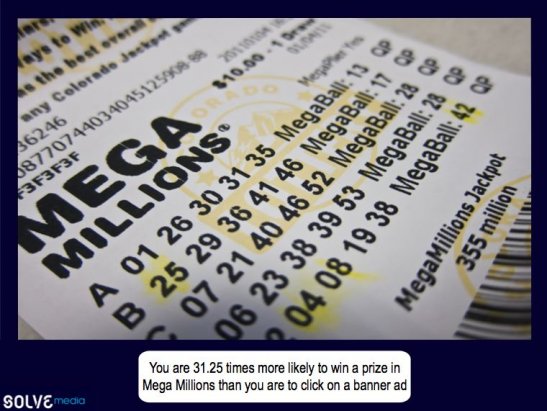 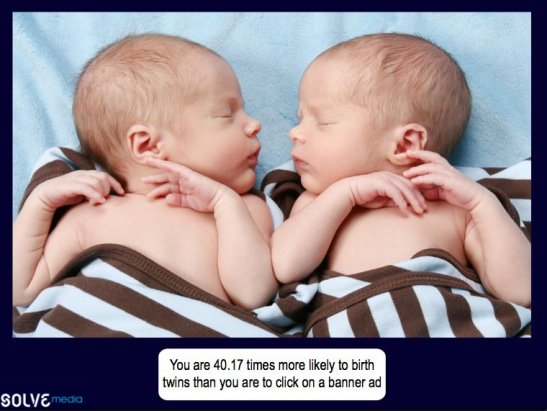 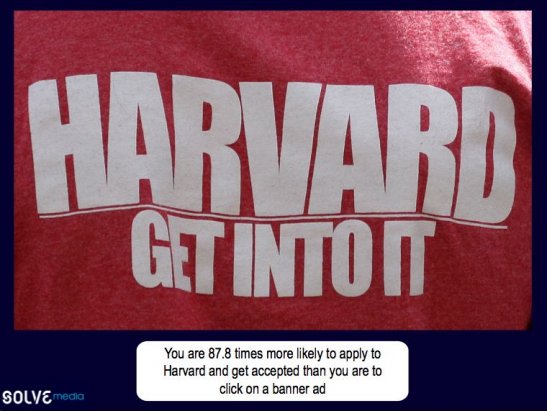 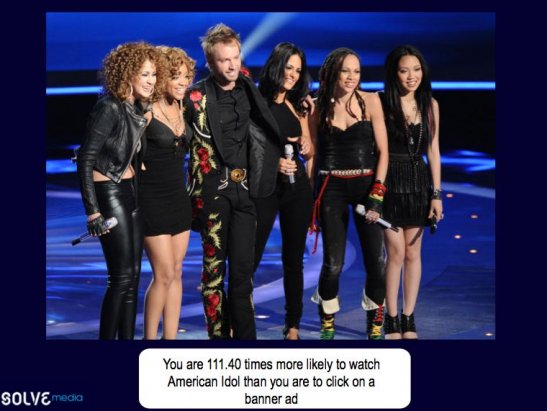 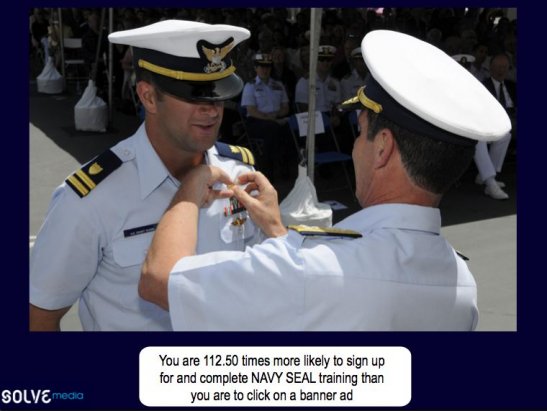 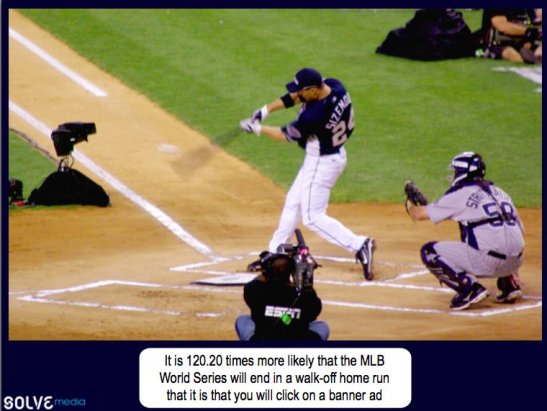 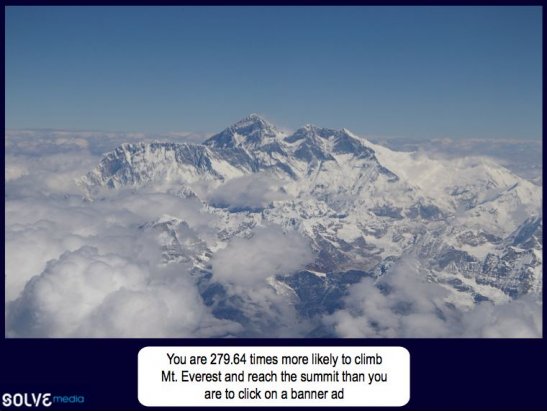 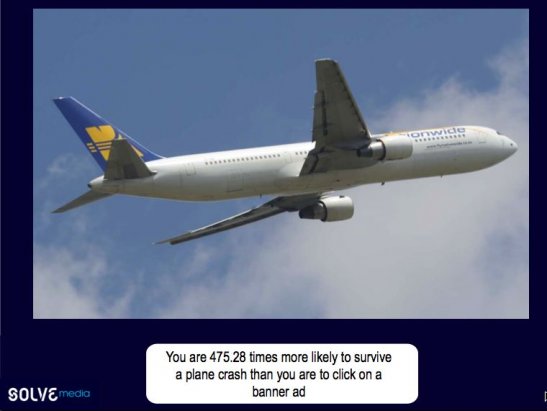