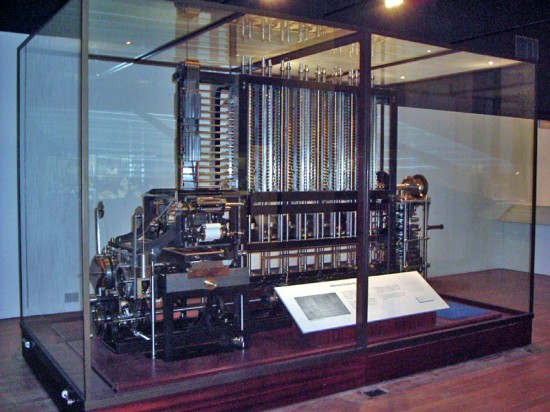 John Graham-Cumming is currently collecting funds to use Charles Babbage‘s original blueprints to finally build his unfinished masterpiece: an entirely clockwork programmable computer that was conceived in 1837.

Charles Babbage was a visionary thinker of the 1800’s who had a lot of great ideas (like calculating mathematics by mechanical means)… but no funding.  He never managed to get a completed prototype of any of his computers made during his lifetime.  Since his death, there have been at least two working Difference Engines constructed.  However, the Difference Engine was basically a normal calculator, and could perform only basic mathematical functions.

Graham-Cumming is looking to make a working model of Babbage’s Analytical Engine, which was actually a programmable computer.  The graphic calculator version of the Difference Engine, if you will.

What you realise when you read Babbage’s papers is that this was the first real computer. It had expandable memory, a CPU, microcode, a printer, a plotter and was programmable with punch cards. It was the size of a small lorry and powered by steam but it was recognisable as a computer.

If he can obtain the $640,000 in funding he needs to start up the project, he plans to create a model based on Babbage’s Plan 28.  Babbage never quite finalized plans for the Analytical Engine before his death, although the machine’s first program was drawn up by one Ada Lovelace, the world’s first programmer.

We wish Mr. Graham-Cumming well on his quest to be come the nerd with the biggest graphic calculator in the world.

(The Telegraph via Neatorama.)