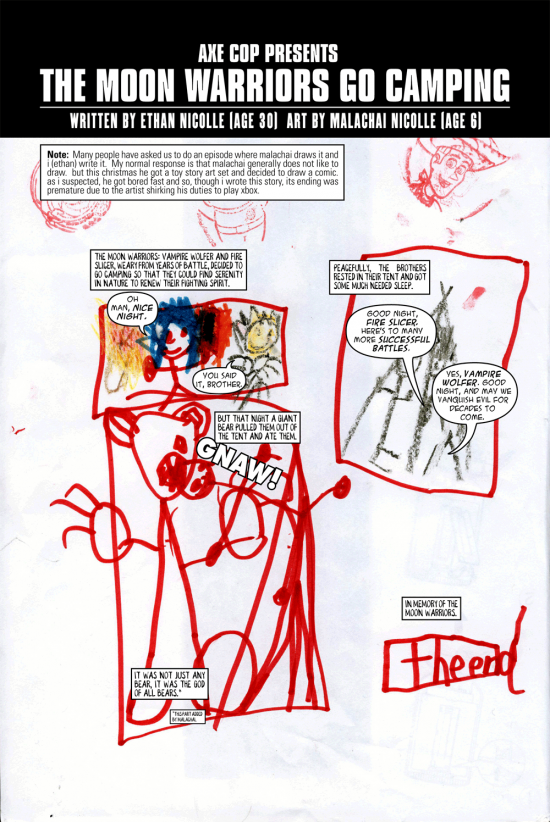 Axe Cop found the perfect comedic alchemy between brothers Ethan Nicolle (age 30) and Malachi Nicolle (age 6), and has become a mainstay of webcomics since its debut in January 2010. The strength of the comic is not so much the story, but the production process. Each comic is written by Malachai and then drawn and interpreted by his older brother. The result has been that violent, anarchic kind of humor that only young boys can generate, spawning such memorable phrases as:

We should put these heads on a stick and hide bombs in them.

All of that changed on Thursday, when Malachai and Ethan switched roles putting the adult in the writer’s chair. According to Ethan, who runs the website, the final product was not quite what he had intended.

I had a lot more I wanted to do in this story, but Malachai made an executive decision three panels in that he was bored and did not want to draw any more. So, my story about the Moon Warriors fighting a bear became the story of the Moon Warriors being eaten by the God of All Bears.

Frequent Axe Cop readers should note that while the comic is considered canon, the Moon Warriors are much beloved by Malachai, and are likely to return some time soon.