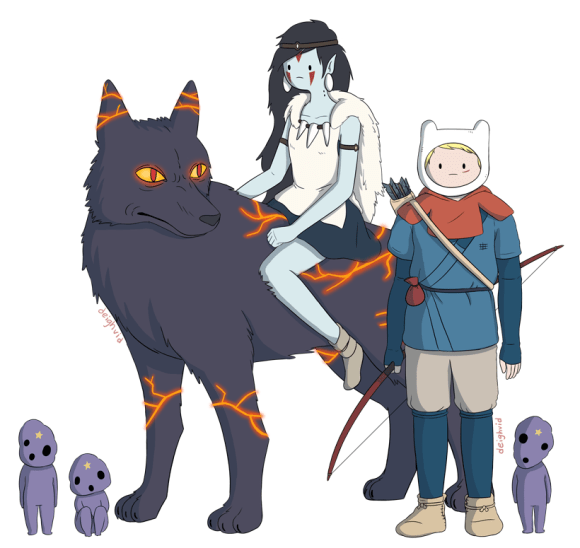 Here’s a thing you didn’t know you wanted until just now. It’s Marceline as San, and Lumpy Space Kodamas. The creator of this ball of awesome is David, and he’s only seventeen. 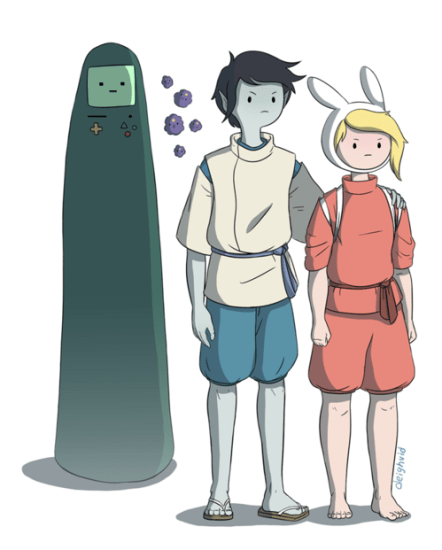 Princess Bubblegum and Jake as Ponyo and Sosuke, 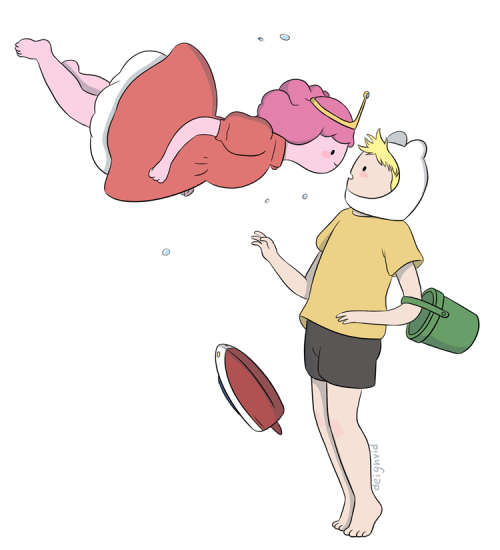 Fionna and Prince Gumball as Howl and Sophie, 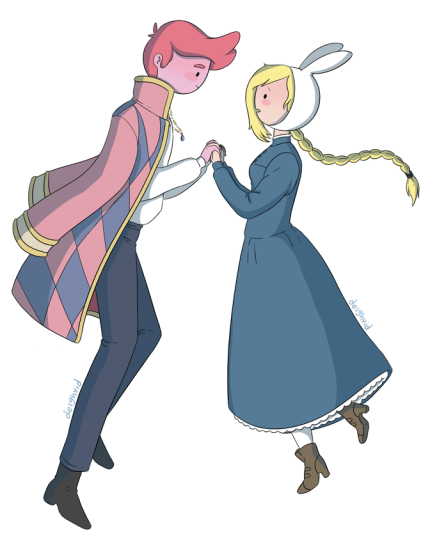 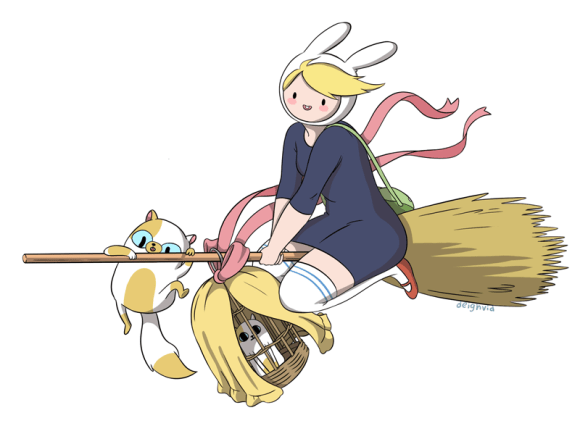 And the most wonderful Catbus mashup, with Fionna and BMO as Satsuki and Mei. 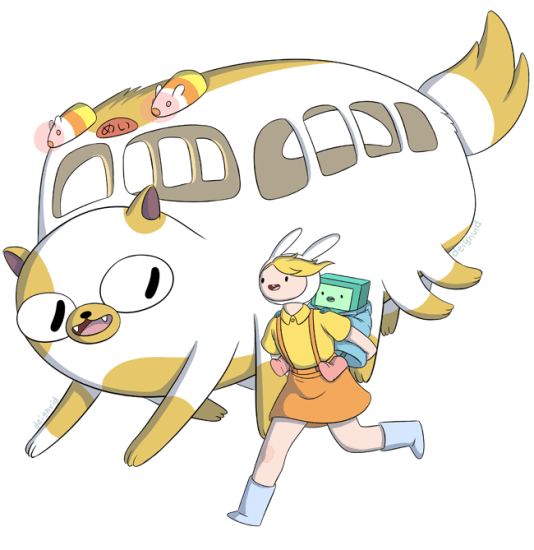 There are even more over at David’s Tumblr, and also a bunch of awesome stuff that isn’t even Ghibli or Adventure Time related. For example, I couldn’t go without including a link to some awesome fan art of Legend of Korra‘s Lin Bei Fong.