Avengers: Endgame Trailer Gets a Clever “How It Should Have Ended” Spin

We love How it Should Have Ended, which usually tackles movies that have already been released. This time, however, the Avengers: Endgame trailer is in their sights. This is clearly how it should have ended.

You know a trailer is a big deal when it gets an extended animated sequence after exactly 2:25 minutes of footage. And the Endgame trailer is a pretty big deal, racking up an astonishing 76 million views on YouTube since its December 7th release. 76 million! The HiSHE folks are on their game, moving quickly to make jokes from the trailer—though their poking fun ends up feeling oddly touching.

The premise here is that after Steve Rogers and Natasha Romanoff spot Scott Lang asking to be buzzed into the Avengers compound, more and more heroes arrive to offer their assistance in the endgame. Folks converge from other Marvel cinematic and television universes, which makes sense—I’d pay a lot if we could have Magneto appear to avenge his children—and then … things start to get weird. Really weird. 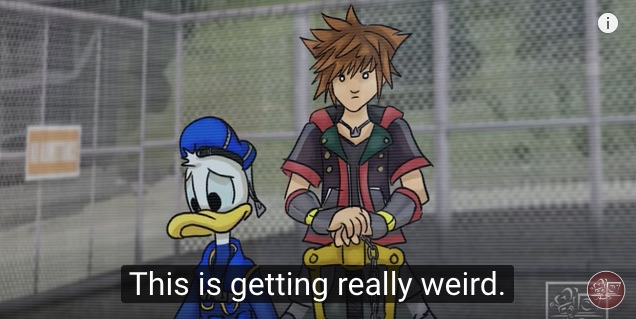 We sure do have a lot of cinematic superheroes, folks. So many superheroes that there’s even a joke slipped in about the old school Fantastic Four being the Fantastic Three with Johnny Storm missing—because Johnny’s actor, Chris Evans, is now Steve Rogers. How it Should Have Ended also explains why Captain America is so sure that the Avengers’ plan is going to work. Makes sense to me.

Is there anyone joining the “team” here who you think would actually be able to decimate Thanos in a showdown? Let’s go back to Magneto. Couldn’t he just pull the Infinity Gauntlet straight off of Thanos’ hand and into his grasp?

Avengers: EndgameHow It Should Have Ended