Precise Aggressive Maneuvers, or Hit It! Hit With a Bat! 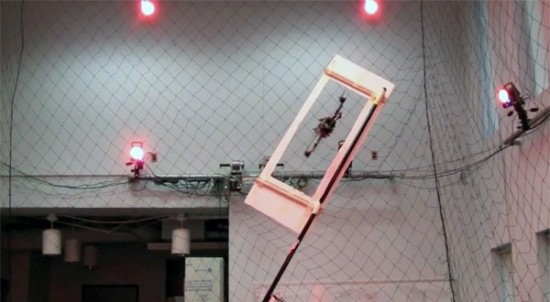 The autonomous quadrocopter is a type of unmanned aerial vehicle being designed by the University of Pennsylvania‘s GRASP Laboratory.  They’ve released some video of the ‘copter going through its paces.

We were almost okay with it, even the insectoid buzzing noises it makes as it stabilizes itself, until we heard the meaty thunk it makes when landing on a velcro strip.  Those things have mass.  Why do we have the feeling that when the revolution is put down, these will be the first things we hear?