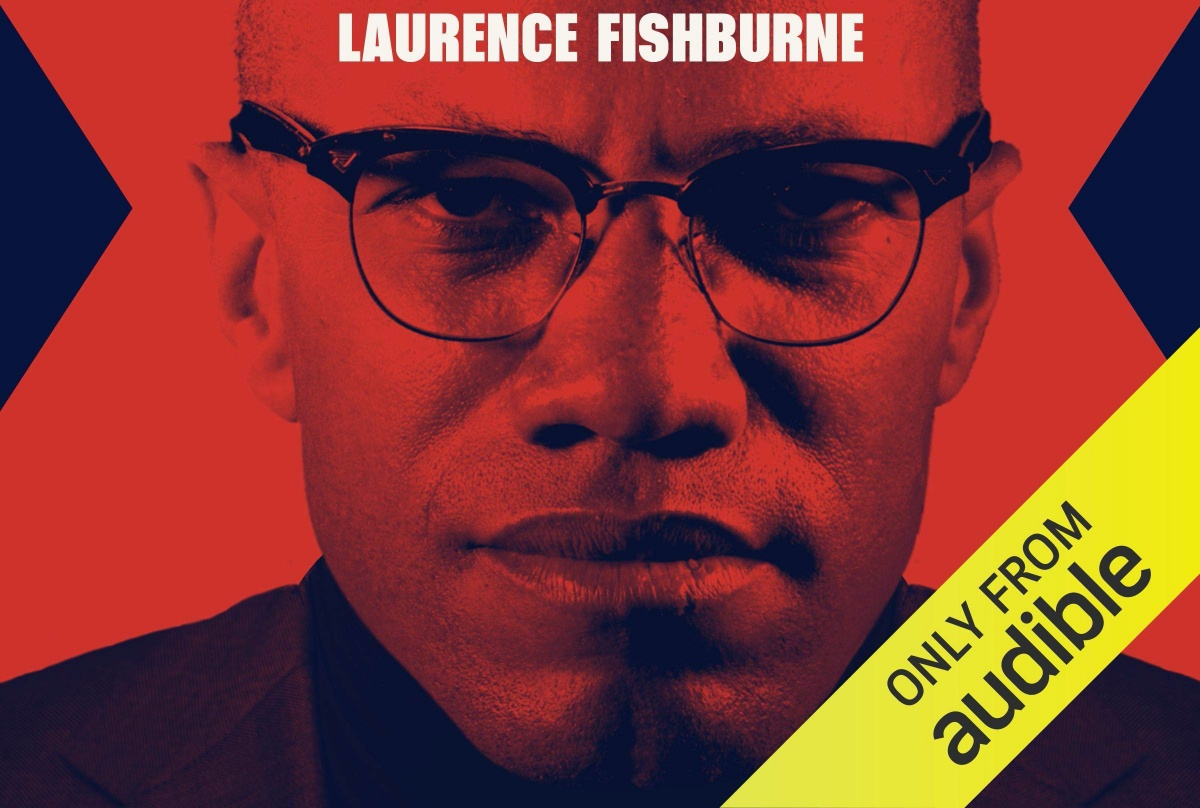 Malcolm X is a figure who looms large over Black American history and is often used as a foil to Martin Luther King Jr., pitting the two Civil Rights leaders against one another and dismissing both, as a way of whitewashing King. I finally came to have an understanding of Malcolm X—or, as he came to be known later in life, El-Hajj Malik El-Shabazz—through The Autobiography of Malcolm X. Now, this important piece of the African-American literary canon will be made more accessible.

Of Fishburne’s performance, Shabazz told me via a phone interview that he killed it: “He was absolutely so amazing. You know, I laugh, he’s just a super talent and I’m telling you my family and I are so pleased that he is performing my father’s stories. He really, really does bring justice and it makes the audible, you know, just really wonderful to listen to. I mean, I’m telling you the truth, you know, right in your home.”

As mentioned above, Audible will also be releasing Ilyasah Shabazz’s memoir, Growing Up X. Shabazz is the third daughter of Malcolm X and Betty Shabazz, and was only two years old when her father was assassinated. Published in 2002, the memoir provides a look into the family that Malcolm X was taken from when he was killed at only 39 years old. So often, we lionize these figures to the point that we can forget that they were more than just a still image in a book. They were living, breathing people, and their deaths are the tragedy of a movement, but also a smaller personal one to those who loved them.

The recording of Growing Up X was a chance to return to a time of a complete family:

“You know, it’s funny because I hadn’t read it since I wrote Growing Up. When I recorded it just a few weeks ago I laughed, I cried, I stumbled and it was great for me because it was an opportunity to revisit those moments in my life when I was with my entire family: my mother, my father, and my sisters, and, you know, it was amazing.”

Ilyasah Shabazz also brought up the tremendous impact that her father made at such a young age, a reminder that the young people of today are carrying out a legacy that is much older than them.

“My father was so much younger than I am today when he was at the height of his work. He was only in his twenties when the world learned his name, and he was 39 when he was gunned down. And that’s 12 years to have made an enormous impact, you know, in the 1960s. And, you know, it was during the time of his life when young people also were demonstrating, marching, protesting for the same thing that we’re protesting today, when my father came along and he said, ‘We demand our human rights as your brother. We demand our human rights or things by God.'”

Audible’s The Autobiography of Malcolm X and Growing Up X are out now.