Like Marisa Tomei, We Are Also Disappointed This Heroic Aunt May Scene Was Cut from Spider-Man: Homecoming 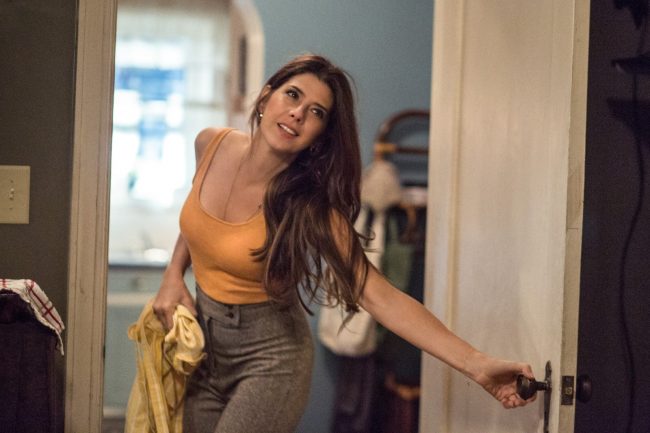 Marisa Tomei’s Aunt May is young and attractive, a departure from the more matronly guardian we’ve seen in the past, with co-produer Eric Hauserman Carroll even saying she’s more of a big sister than an aunt. Spider-Man: Homecoming seems heavily aware of this and points it out as a running joke at several points, and while Tomei’s performance is excellent many viewers noted that it would’ve been nice to see aspects of her character beyond hotness and Peter.

In writing about Spider-Man: Homecoming not passing the Bechdel test, Kaila writes, “we only ever see May in her capacity as Peter’s guardian and she is only ever discussed by other (male) characters as an object of lust…Meanwhile, we have no idea what May does with her time when she’s not looking after Peter. What is her job? Does she have friends? Perhaps a female friend that she could speak to about the difficulties of life as a widow and single guardian? But Aunt May only ever interacts with Peter and Ned, and also she is attractive.”

In a recent interview with the Huffington Post, Tomei brought up an early scene in the original script that ended up being cut. It’s unfortunate, because the scene sounds like one that would’ve given viewers an opportunity to see May be a hero herself.

She describes the scene, saying “There was something going on in the neighborhood, and there was a little girl in distress, and I saved her, and Peter saw me save her, so you kind of saw that he got part of his ethics from her…Then I come home, and I don’t even tell him that that’s what happened, and, of course, there’s all this stuff that he’s not telling me. So he’s like, ‘How was your day?’ And I’m like, ‘It was fine,’ but really I was shaking inside because of this whole crisis that had happened in the city. I’m kind of fibbing to him, and he’s fibbing to me, and we’re living in this house together, and it was a very interesting setup. I was quite disappointed that wasn’t in there.”

It’s natural that scripts go through changes and scenes that don’t necessarily move the plot forward are more likely to get cut. Still, it would’ve been nice to see Aunt May get her heroic moment. Considering Tom Holland’s contract includes 6 Marvel films, hopefully there’ll be more room for May’s bravery in the future.

What do you think of Tomei’s cut scene?