Let's Talk About Our Favorite Fictional Moms | The Mary Sue 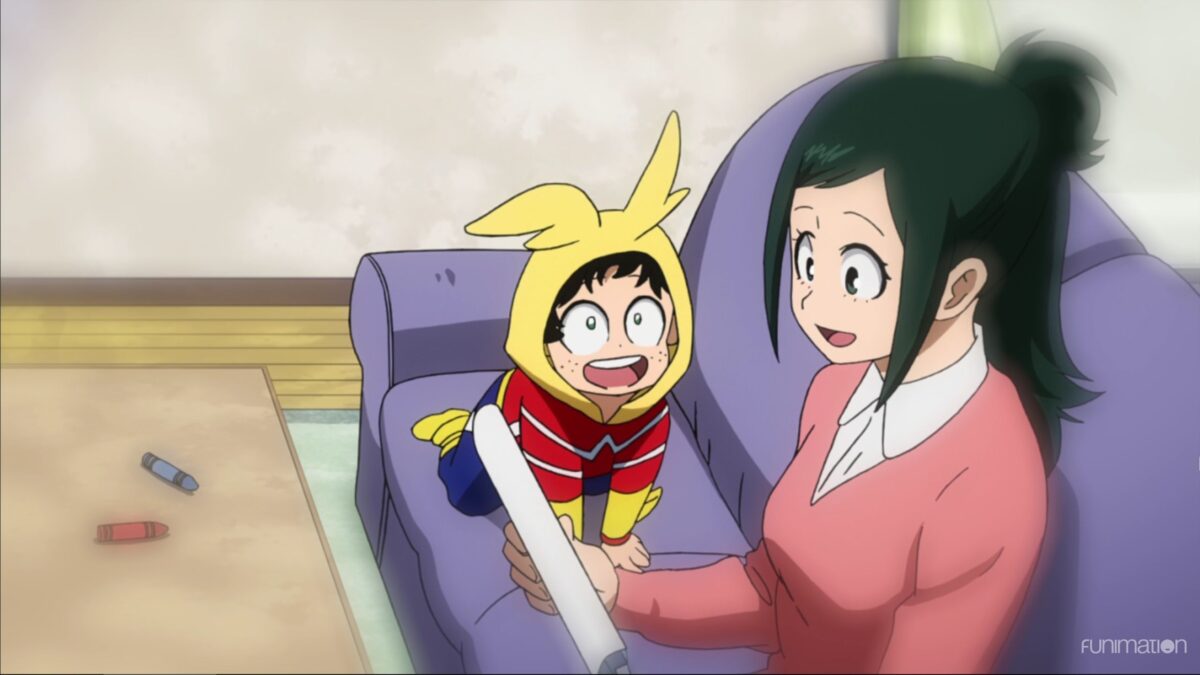 It’s Mother’s Day weekend, that special time of year when you thank the person who raised you by giving them some flowers and a card you bought at the 24-hour Rite-Aid. I mean, you could maybe show a little more appreciation to the human who wiped your butt and read The Very Hungry Caterpillar to you 1,000 times, but you do you. Motherhood is often a thankless job, but most of us wouldn’t be the people we are without our moms’ tireless love and support.

We love us some superheroes, but is there anyone more heroic than the moms of the world? They love us, care for us, feed us, support us – often while working a full-time job, attending school, and managing the myriad responsibilities that come with parenthood.

In honor of Mother’s Day, we’re taking a look at our favorite fictional moms. From film to television and beyond, we love these icons of motherhood.

It’s easy for me to relate to having a dream taken away from you over something you can’t control, but I can’t imagine being a parent who has to watch that realization hit their child. In My Hero Academia, Inko Midoriya has been doing the best she possibly can do when it comes to raising a powerless child in a society that values power. She’s also been doing this on her own, as far as we know (Izuku’s dad is overseas, from what we’ve been told). All of this is made extra difficult when Izuku obtains a power that lets him go for his dream… but that power constantly hurts him. Oh, and the school he’s going to is the prime target of villain attacks.

What I like about Inko is that she feels like a realistic portrayal of a mother who wants to nurture her child’s dreams, but she’s also, rightfully, concerned because Izuku’s life is constantly in danger. You don’t want to say no to your child, but Inko feels like she HAS to at times in order to protect him. I like that she has to be convinced that Izuku will be okay, and the moment he isn’t, she doesn’t hesitate to call the number one hero into question. She’s not the invisible anime parent who we don’t see react to their child in danger, she’s there to worry about him, more importantly, she’s there to call out the missteps of All Might and U.A. in general.

These characters may be superpowered, but nothing is quite as powerful as a mother trying to do right by her child.

For Mother’s Day, I’m going with Peter Parker’s adoptive mother. Aunt May rules for a bunch of reasons. Not only did she raise Peter Parker as her own but she also (in the case of Spider-Man: Into the Spider-Verse and Spider-Man: Far From Home) embraced his superhero identity and found ways to help Peter be the best Spider-Man he could be, and I absolutely love how willing she is to do whatever Peter needs. Aunt May is the best and deserves to have a wonderful Mother’s Day.

One of my favorite things about the 90s Sailor Moon anime is that it expands upon the very contained story that existed in the manga. Queen Serenity, mother of Princess Serenity, saves the people of the Moon Kingdom in all incarnations by using her magic to reincarnate her daughter and everyone else to Earth. She dies in the process. In the manga we don’t get many moments of her with her daughter, something the anime fixes. Not only do we see just how much Serenity loved her daughter, but also that she was a strong woman in her own right who sacrificed herself to save the universe from a great evil. A fantastic moon mama.

Motherhood is relentless. It’s a 24/7 job to keep your child safe, with no breaks, no do-overs, and no resets. And if you think that’s tough, try doing it while outrunning an unstoppable killing machine sent from the future with express orders to murder your son. Sarah Connor’s journey in the Terminator franchise is the stuff of legend: from waitress and college student to fierce warrior and soldier, Linda Hamilton gave us the premier action heroine of the 90s. Her badassery is so legendary that it inspired a spin-off series, several sequels, video games, and more. Sarah Connor remains one iconic tough mother.

Great moms in fiction need not be biological, and one of the coolest mother-figures many of us grew up with was Miss Honey from Matilda, both in Roald Dahl’s book and as played by Embeth Davidtz in the movie version. Matilda’s awful parents don’t appreciate her precocious, bookish nature, but Matilda’s teacher Miss Jennifer Honey recognizes what a special kid she is. Eventually, after Miss Honey’s kindness leads to Matilda also improving her teacher’s life and enacting revenge on the loathsome Miss Trunchbull, Matilda moves in and is adopted by Miss Honey. It’s a happy dream of an ending for both characters, and one of the first instances of a true “found family” that many young readers are introduced to.

Who is your favorite fictional mom? Let us know in the comments!