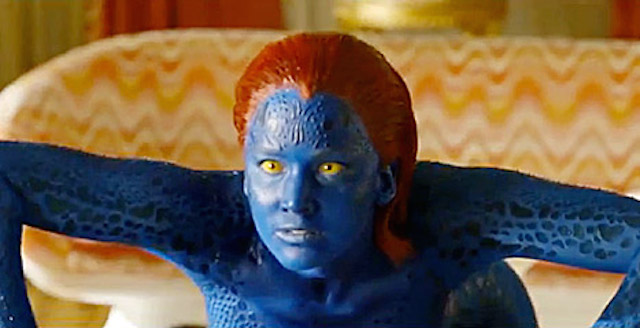 You already know that chameleons can change their skin color. It turns out, they have tiny crystal mirrors (really!) under their skin and the density of those nanocrystals affects the color. Now scientists can do it, too!

A research team at the University of California Berkeley is mimicking the color-changing properties of chameleon skin by using a flexible sheet of film. The film has a layer of etched silicon that’s about, oh, 1,000 times thinner than human hair. The change of color is made by how far the ridges are from each other, and it can be stretched or twisted to cause color changes.

So what do we do with this thing? Well, it can be applied to buildings to show where there is stress on the structure or lead to new display technology for entertainment. Then there’s the obvious military camouflage potential for tanks, aircraft, and other vehicles.

Right now, the sheet comes in small panels, but they’re working on larger sheets for commercial use. The production facilities already exist, so it shouldn’t be too long before that becomes reality.

What would you do with some artificial chameleon skin?

(via Geek.com, image via UC Berkeley)