In which Sorkin turns into the "old man yells at cloud" meme. 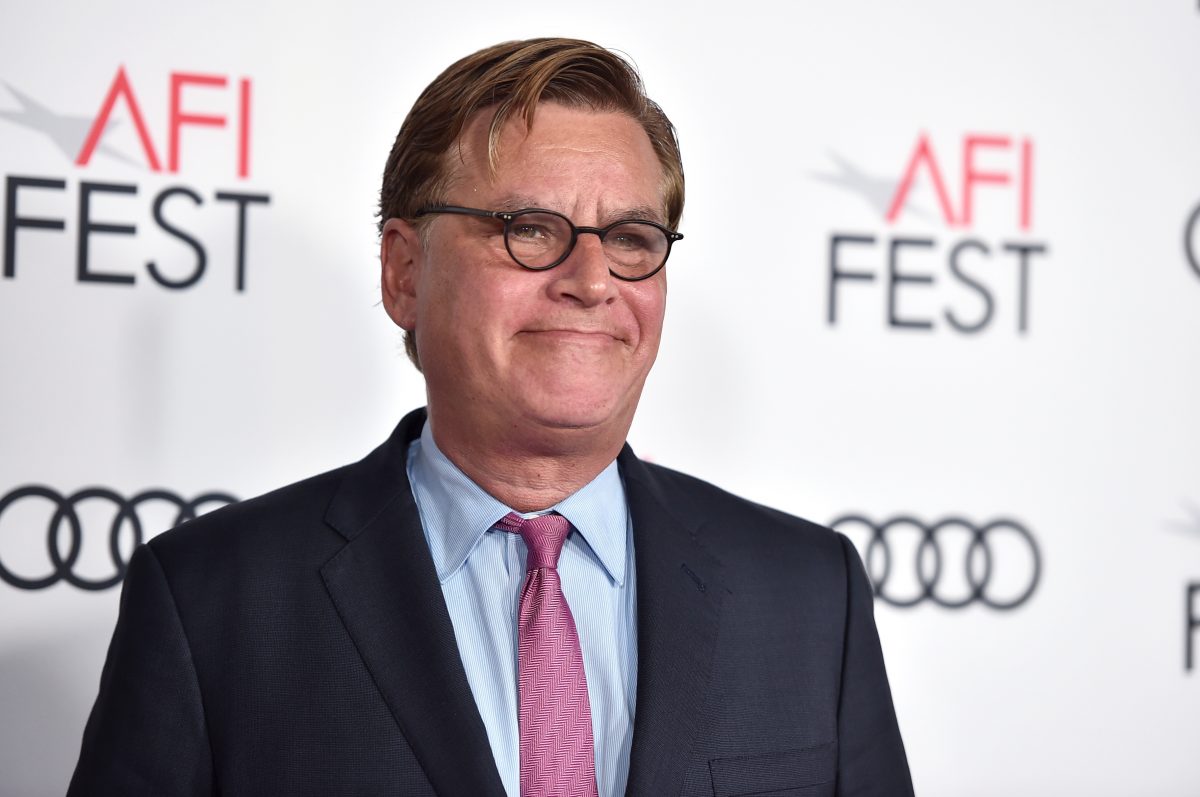 West Wing creator Aaron Sorkin appeared on CNN for an interview with Fareed Zakaria. In a clip that has now gone viral, Sorkin criticizes the newly elected young member of the Democratic party, saying “I really like the new crop of young people who were just elected to Congress. They now need to stop acting like young people.It’s time to do that, I think there’s great opportunity here, now more than ever, for Democrats to be the non-stupid party.”

Sorkin continued, saying Democrats should not be talking about “not just about transgender bathrooms, that that’s a Republican talking point they’re trying to distract you with. But we are, that we haven’t forgotten the economic anxiety of the middle class but we’re going to be smart about this, we’re not going to be mean about it.”

There’s a lot to unpack here, starting with the inherent sexism at play in Sorkin’s comments. He clearly wouldn’t be upset if the young crop of active Dems were male, as his comments are clearly targeting women like Alexandria Ocasio-Cortez and other politicians who are active on social media.

It is also bizarre that Sorkin would refer to the Democrats as both “stupid” and “mean”, when those words literally define Trump and the Republican agenda. Last we checked, it was Trump and his ilk that enacted family separation at border and started putting children in cages. It was also Trump and company that have created a pervasive atmosphere of racist dog-whistling and appallingly offensive behavior.

Sorkin seems to take umbrage with the Democrats’ focus on social issues, like trans rights and identity politics, issues that don’t seem to register for the affluent old white man who until recently was shocked that Hollywood has a diversity problem.

I mean, how dare these young politicians care about social issues or engage with the youth vote? Luckily, Twitter was ready to clap back at Sorkin, with an assist from AOC herself:

When people complain about low turnout in some demos, it’s not because communities are apathetic, it’s bc they don’t see you fighting for them.

If we don’t show up for people, why should you feel entitled to their vote? https://t.co/oGRsG9NZV3

Ever wonder how expression that’s feminine, working-class, queer, or poc isn’t deemed as having “gravitas,” but talking like an Aaron Sorkin character does? 🤔

If you notice, on the right they’ll flatly call people blanket terms, and even make things up. And I don’t mean trolls – I mean their biggest commentators + TV figures.

This is different from criticizing a specific take you disagree with, or pointing out discriminatory patterns.

This stuff infects some Democrats, too. Because in our overall discourse, nonviolent protest somehow gets deemed as not “civil,” yet stripping women’s rights or incarcerating children on the border doesn’t receive the same characterization.

What’s up with that indeed, AOC. More people on social media came forward to criticize Sorkin’s tone deaf and unasked for opinion.

I would like to remind everyone that the only political campaign Aaron Sorkin ever won was a fictional presidential election that he wrote. https://t.co/rmI72ieV35

Also: is Aaron Sorkin implying here that transgender rights are a distraction? Because it seems to me he's saying that. https://t.co/rmI72ieV35

Why are we asking a 57 year old white man who has never held elected office to weigh in on how young (Black and brown) politicians should behave?

Why the fuck is any of this Aaron Sorkin's fucking business? Why should we pivot from trans rights to address economic issues? https://t.co/8mzVjxBqSo

aaron sorkin's right. what the democrats need is a short-tempered and grizzly but ultimately kind-hearted patriarch to put things in order

Aaron Sorkin is a television writer, Alexandria Ocasio-Cortez is a sitting congresswoman, and Piers Morgan is a failed Dancing With the Stars contestant. Decide for yourself who knows what about politics. https://t.co/3MZs2iqMP8

nah. fuck this. i want a full-throated defense of trans people using bathrooms. i want dunks on every single republican patriarch. i want to impeach the motherfucker. aaron sorkin can sit down and shut the fuck up, we're driving this bus now. https://t.co/xoQXXQQQ2H

There’s a new world order at play, and one that doesn’t want or care about the opinions of crusty old men like Sorkin. Stick to your screenplays and let the real politicians get to work.

(via The Hill, image: Alberto E. Rodriguez/Getty Images for AFI)