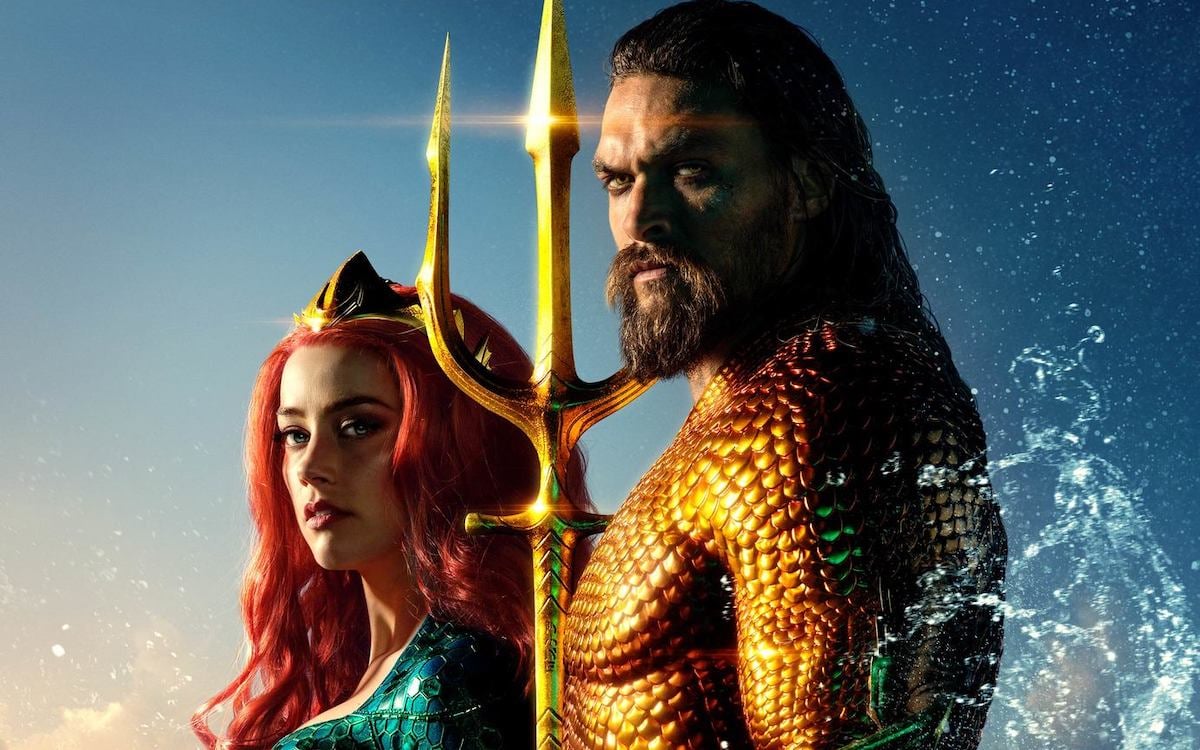 Aquaman was the highest-grossing film based on a DC Comics character when it splashed into cinemas in 2018. Since then, there hasn’t been a lot of news except for speculation about whether Amber Heard, who played Mera, would be dropped from the project. Now, director James Wan has released an image revealing the title of the upcoming sequel: Aquaman and the Lost Kingdom.

James Wan reveals that the upcoming #Aquaman sequel is titled ‘Aquaman and the Lost Kingdom’. pic.twitter.com/9payEzq9XZ

Scheduled to be released in December of 2022, the film will continue the adventures of Jason Momoa’s Arthur Curry/Aquaman as he has taken up the throne of Atlantis, following the unseating of his evil (sad) half-brother, Orm/Ocean Master (Patrick Wilson). Pilou Asbaek, who played “Euron Greyjoy” (in name only, in the opinion of this book reader), will also be joining the cast, according to Deadline.

While a little long-in-the-tooth and basic plot-wise, I genuinely really love Aquaman. It is one of my favorite films in the DCEU, and I think Momoa did a fantastic job in the lead role. In a twist that only Entourage foresaw, Aquaman was a huge hit because of the charisma and appeal of a man of color, and I think that kind of star power is rare in Hollywood.

That, paired with Wan’s direction, made the film a really visually engaging spectacle that I have enjoyed revisiting.

With the spinoff Trench movie no longer happening, this is going to be the only thing we get from this universe for the foreseeable future. I think that is a smart move, considering the fact that there is enough for them to do with just movies, and trying to cut it up into different pieces doesn’t seem necessary when the DCEU is trying to get its sea legs.

Post-Joker, the DCEU has been middling. Birds of Prey was a movie I loved, but the pandemic and poor marketing led to a lot of issues with how it came together. Wonder Woman 1984 was released on HBO Max, but also got very meh reception critically, in comparison to the first.

Honestly, the biggest thing from the DCEU lately was Zack Snyder’s Justice League, which came about because of fans pushing for it endlessly for years. The fact that nothing has generated that much interest since is certainly going to be something the powers that be at Warner Bros. notice.

The Suicide Squad will be the next attempt to figure something out before moving forward, which means that the future of the DCEU could take any form.