'Aqualad' Highlights Biggest Problem With 'Titans': Too Many Characters | The Mary Sue

“Aqualad” Highlights the Biggest Problem With Titans: Too Many Characters, Too Little Time 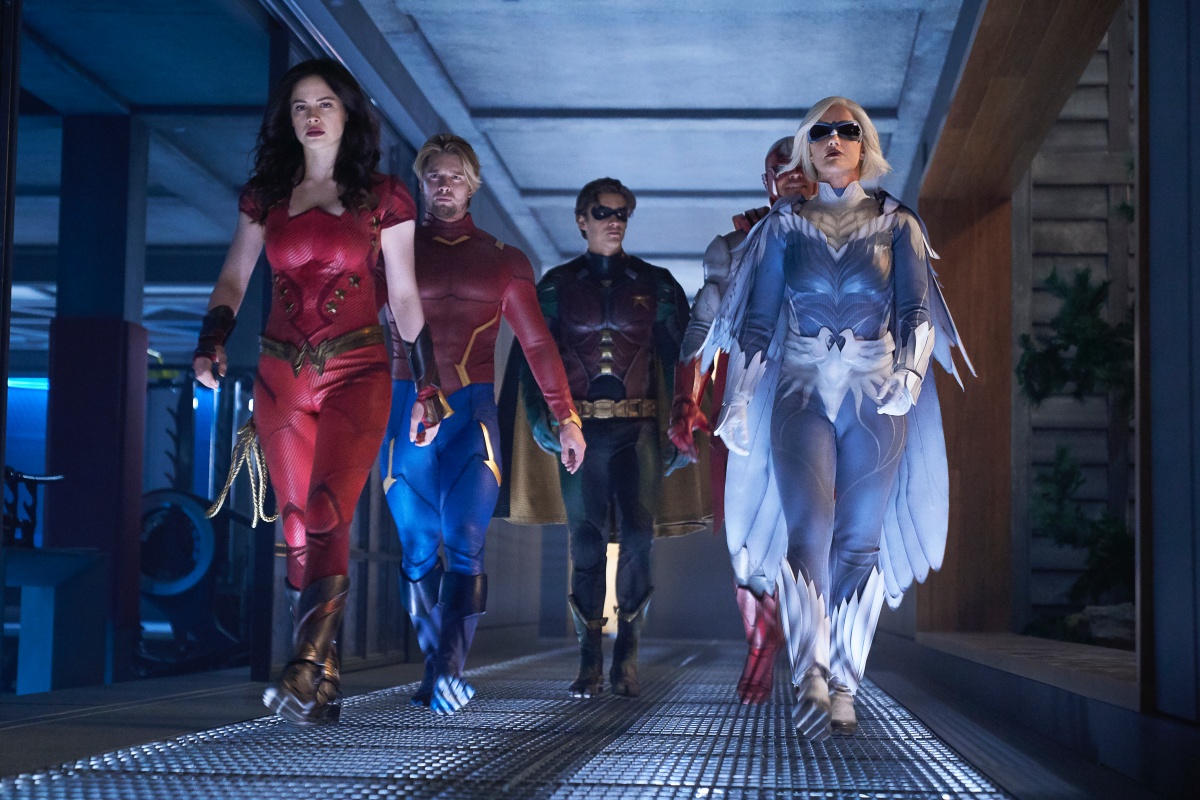 DC Universe’s Titans is a really weird show for me. Despite the fact that I have a lot of criticisms about it and its tone, there’s something about it that keeps drawing me back in. I’ve honestly been finding the newest season to be really fun and entertaining, plus more Jason Todd makes my heart soar.

Still, as I watched the latest episode, “Aqualad,” I checked to see how long this second season of Titans was going to be, and it’s only a 13-episode season. There’s a noticeable lack of connectivity between storylines for a show that has so many characters and an episode where a chunk of the main cast isn’t present.

In the previous episode, when the old Titans return to Titan Tower, we learn that they shuttered the Tower due to Slade Wilson/Deathstroke, and in “Aqualad,” we find out that it’s because Slade killed Garth/Aqualad (Drew Van Acker) in front of Donna Troy right after they had their big love confession moment.

The episode is all flashback, and it provides a lot of backstories that are interesting, but we all know the conclusion to the storyline, and that it includes Robin in some way manipulating Slade’s son Jericho (Chella Man). All this is going on and we are already on episode 4, without having properly been introduced to Conner Kent/Superboy (Joshua Orpin). Natalie Gumede is supposed to be showing up as Lex Luthor’s henchwoman Mercy Graves, Olunike Adeliyi will be appearing as an “undisclosed” character who I’m 99% sure is Blackfire, and we still have to do stuff with Beast Boy, Raven, Rose, Kory, and Jason Todd.

While I’m glad we got an episode that focused on Donna, and it was a surprising twist that she has a “fridged” man in her backstory, I feel like this was a lot of episode dedicated to a character we are never going to see again. If this were a 22-episode season, I could get it because there’s enough time to develop each character and give them their own episode, but so far, it feels like we’re only getting slivers of everyone’s story who isn’t Dick, because he’s the connective tissue of both timelines.

I do love that after Garth is dead and the team decides to get revenge, Dawn tells Dick to “be Batman” because Batman is the vengeance and the night, so that’s a good person to channel. At the same time, it doesn’t make Dawn look great. In fact, her entire relationship with Dick really rings false to me, especially because she and Hank have so much chemistry and we’ve spent an entire episode seeing their love story. What she has with Dick feels shallow in comparison, but so much time is spent on it, and to what end?

Bringing Conor Leslie on as full-time Donna Troy was a great choice, and I really enjoyed getting to spend so much time with her. However, we now know more about her than we do Gar and Kory in-universe. Just like in season one, there’s a lot being thrown at us, and while it’s manageable now, what are we going to do when we get to episode eight? Episode nine? Titans has a strong cast and a lot of fun characters to work with, but there is no point in having a powerful ensemble if people constantly keep getting left behind in the shuffle.

Next week’s episode is titled “Deathstroke,” and I hope it’ll be used to tie together the two timelines so we can move forward in our adventure and stopped being dragged into the past so that Hawk and Dove can be relevant.