There are barely any yellow jumpsuits in my job. 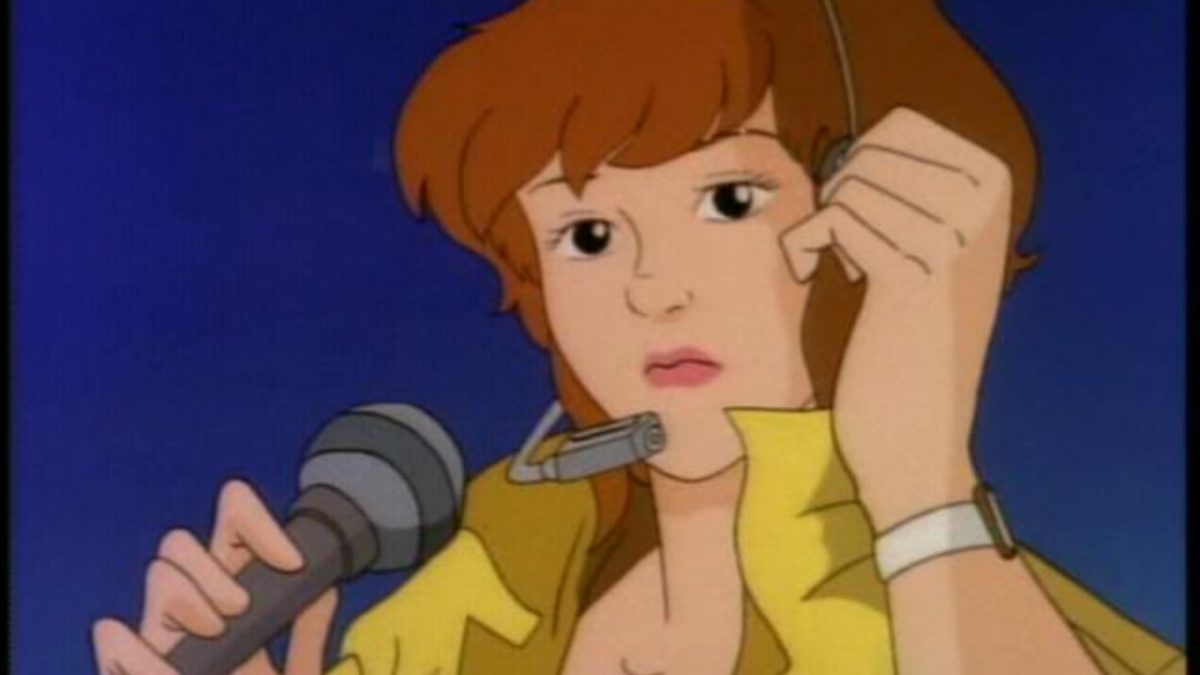 If I had to go back in time and delve into my very first fandom, it would no doubt be the animated series Teenage Mutant Ninja Turtles, which ran on CBS from 1987-1993. I was instantly obsessed with the fun-loving, radical dudes who fought crime, protected the city, and loved pizza. What’s not to love? The show had action, jokes, and a kickass earworm of a theme song:

I spent my childhood desperately wanting to be a ninja turtle, eventually earning a black belt in Judo. Imagine my surprise when, as a full-fledged adult, I realized I’ve turned into a version of April O’Neil. April O’Neil, in case you’re not a TMNT fan, is the turtles’ first human ally, and an intrepid reporter for Channel 6 news. Here she is, with Raphael, who is wearing a flawless human disguise: 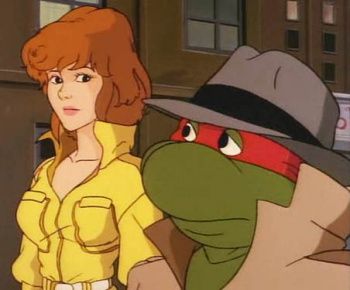 Let me just say, as someone who has spent several years working in journalism, April O’Neil has given me unrealistic career expectations. Whether you want to base this on either A) the decline of journalism or B) my inability to reconcile an ’80s cartoon with real life is up to you, but here are some things I’ve discovered in my career:

Okay, on the one hand, that yellow jumpsuit is a rocking good time, but considering that April spends most of her time sneaking around trying to get footage of Shredder, maybe she should dress less conspicuously? I have never, nor will I ever, wear a yellow jumpsuit for work—unless I start cooking meth with Walter White, but that’s a different career path altogether.

Once April befriended the turtles, she would stay in contact with them by using her patented turtlecom radio that Donatello made for her. I have asked my editors for TMS coms, but they keep reminding me that we’ve committed to using Slack instead. BORING.

Hardly Any Kidnapping by the Foot Clan

While I have yet to be kidnapped by Master Shredder and the Foot Clan, I have gotten plenty of hate mail and trolling. Tragically, my 12 years of martial arts training has done little to help me in this regard. We all have our own battles, I guess.

What about you, Mary Suevians? Were there any childhood expectations for your career that never materialized? Share them in the comments!